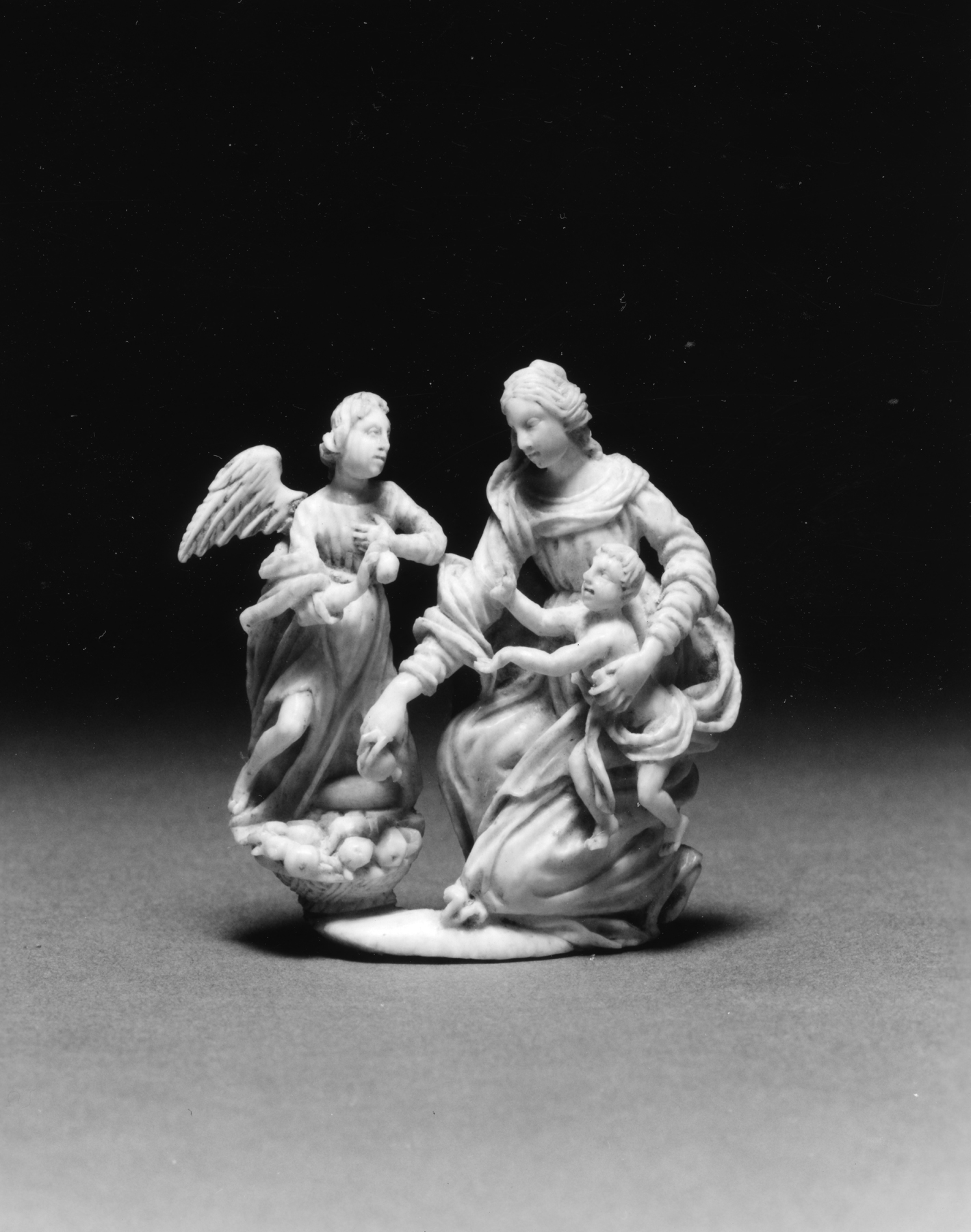 In this piece, the Madonna balances the Christ Child on her knee as she extracts an apple from a basket of fruit at her feet. At the left, an angel also presents a fruit.

This relief has been associated with a south Italian, late Baroque tradition of miniature ivory carving represented by such intricate compositions as the Last Judgment in the Galleria Nazionale, Palermo, and the Immaculate Conception and Assumption of the Virgin in the Victoria and Albert Museum, London. A more modest example of work in this same tradition is the small relief of the Adoration of the Shepherds in the Vatican Museum.

Except for the angel's wing, which is fastened by a dowel, this composition was carved from a single piece. An empty dowel-hole on the angel's left shoulder indicates that there was another wing, now lost.