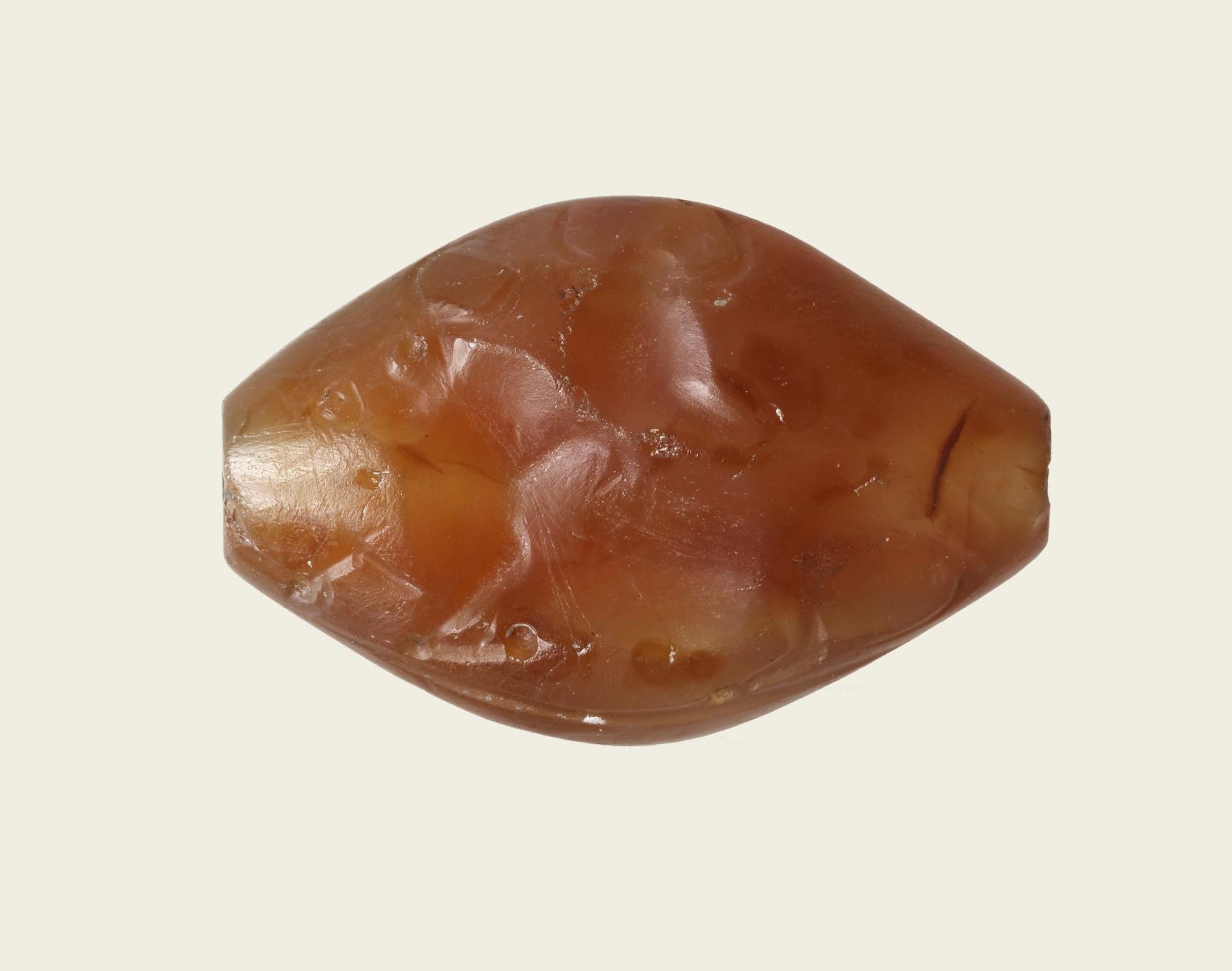 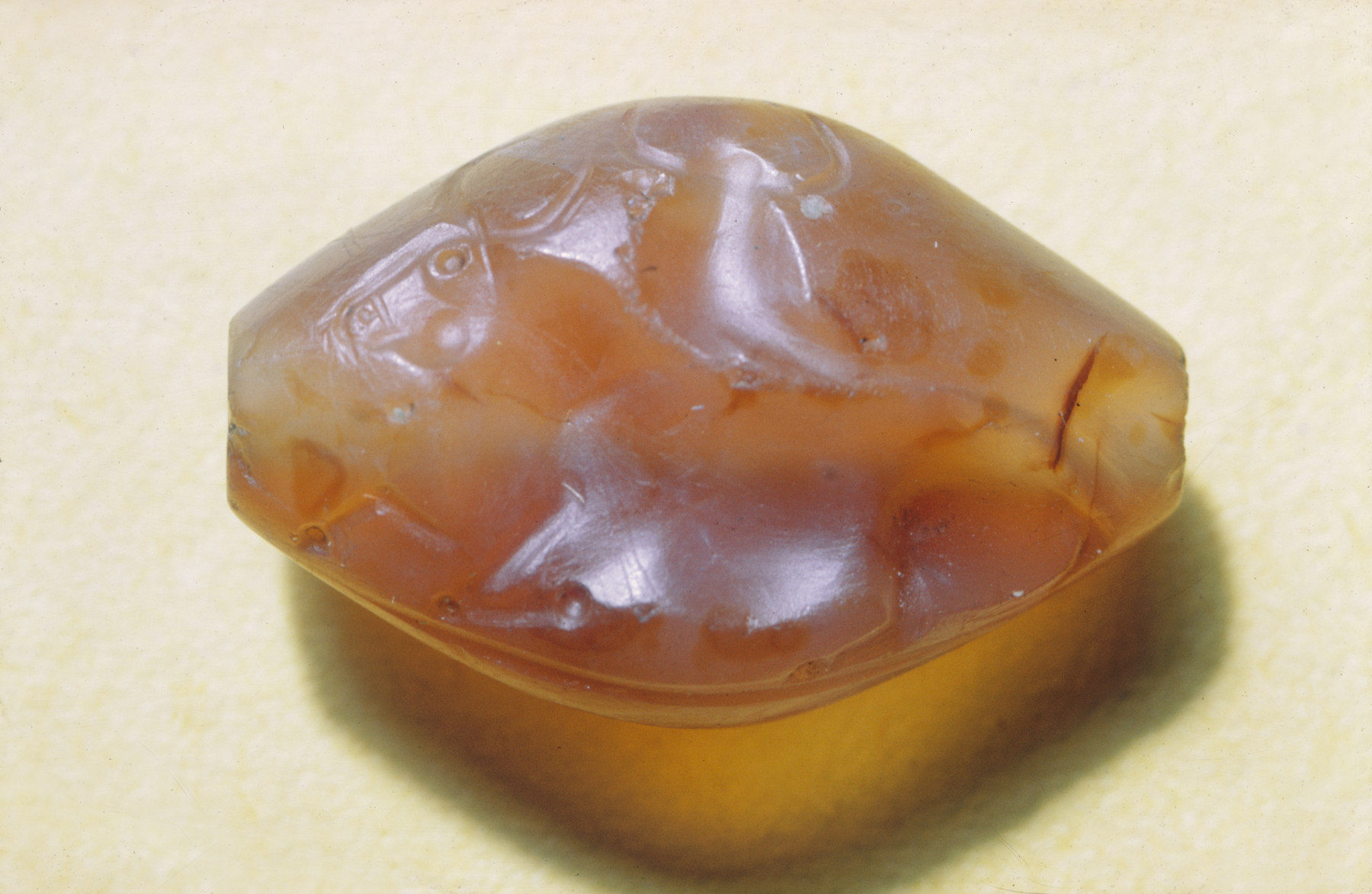 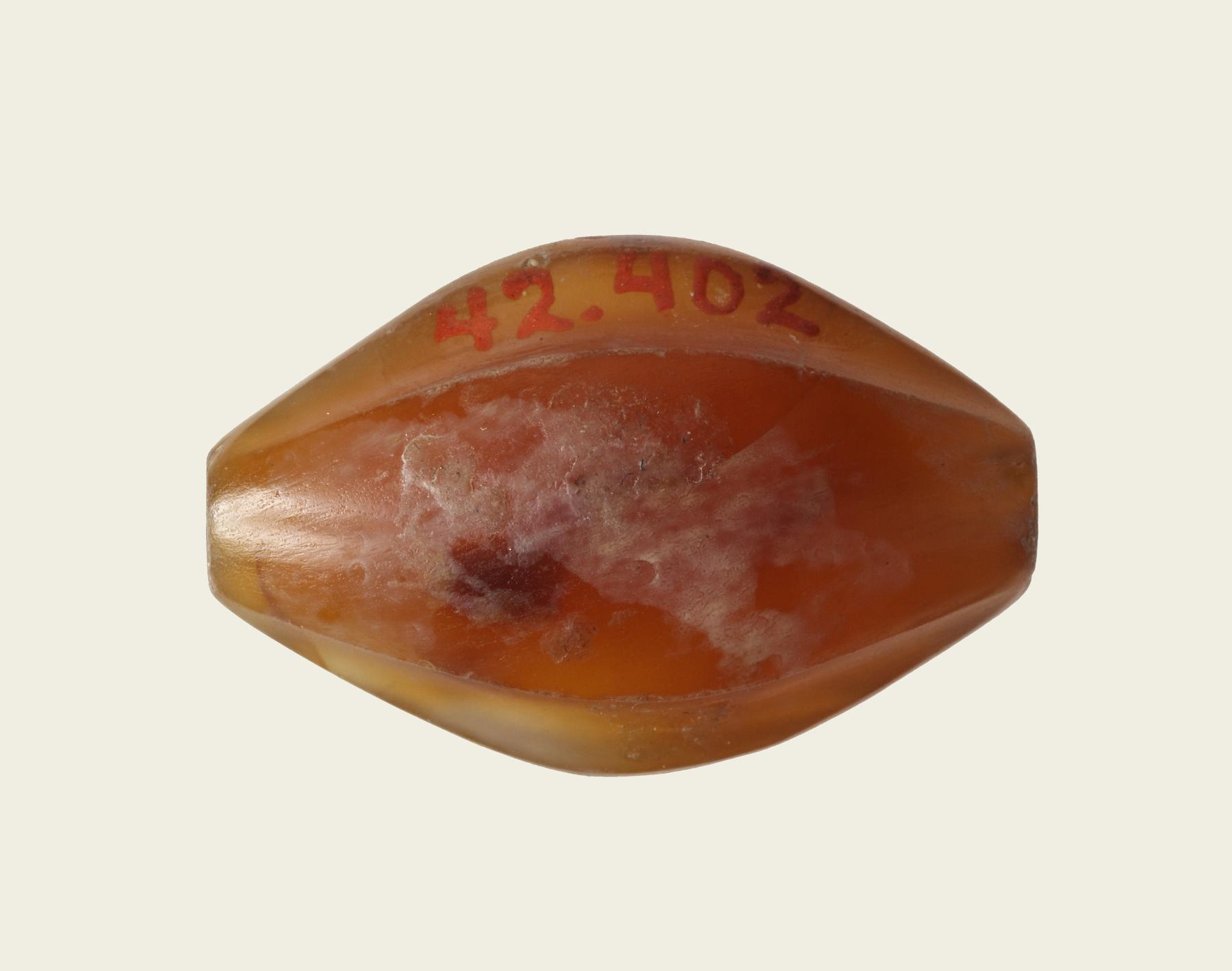 This intaglio shows two reclining bulls. One bull faces the left while the other is seen only from the back of its head. Carved sealstones were popular ornaments among Bronze Age Minoans and Mycenaeans and served as insignia of rank and social status. They were influenced by the elaborate traditions of stamp and cylinder seals developed in the Near East and Egypt. Bulls were represented using a variety of materials in the Minoan world, from gold jewelry to terracotta figurines and, most famously, in the relief frescoes of the palace at Knossos that depict bull-leaping.