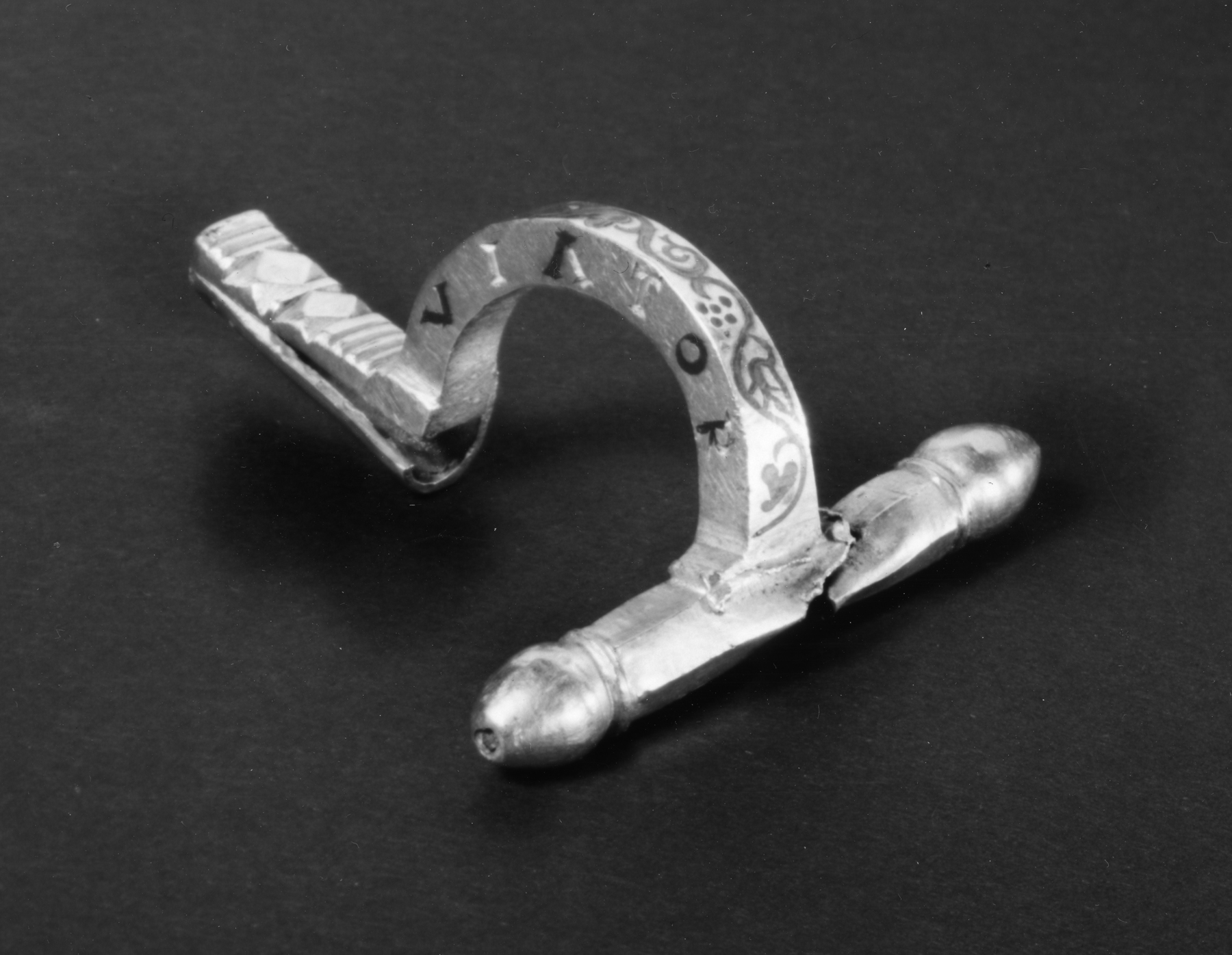 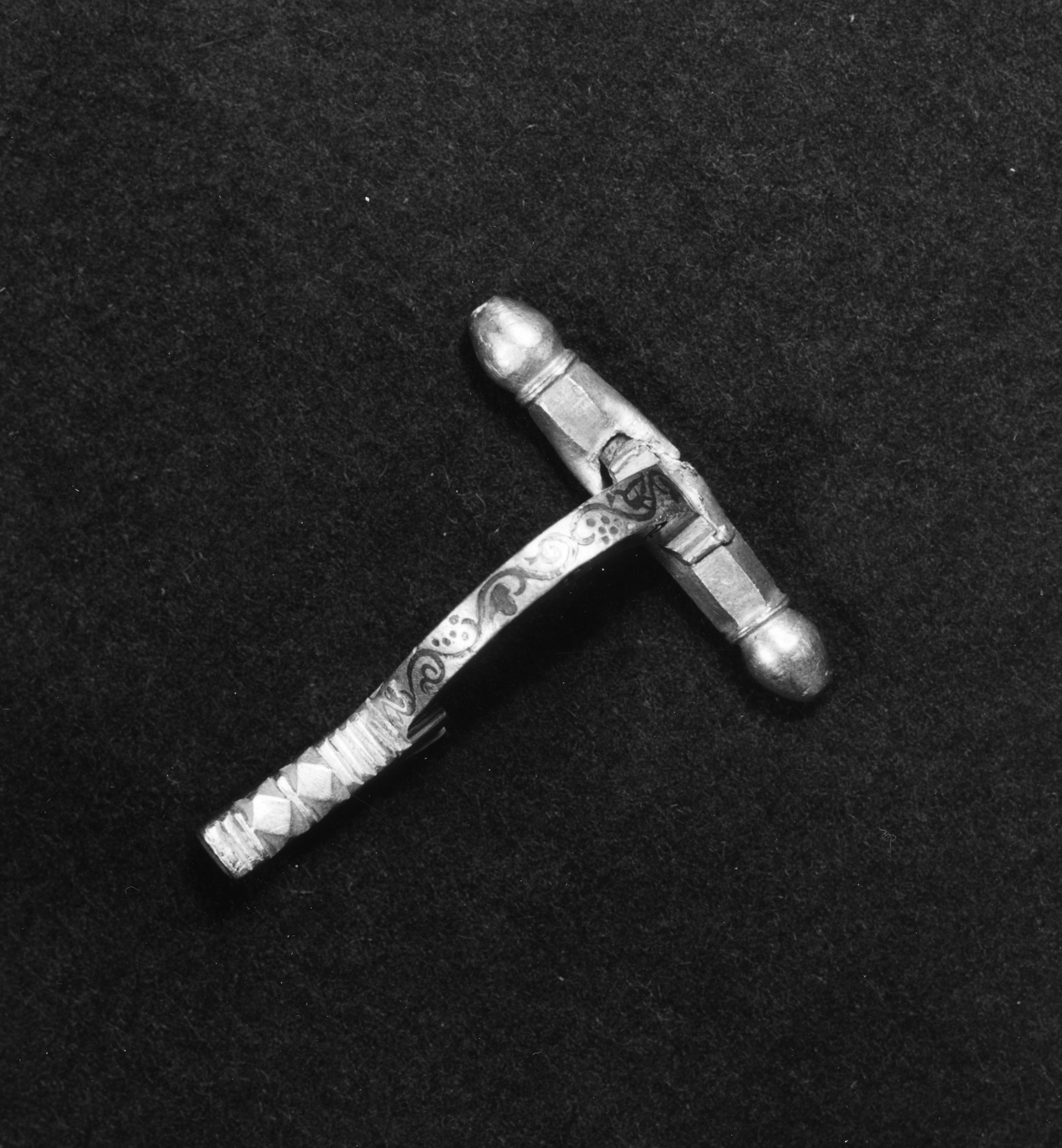 The bow of this gold crossbow fibula is inlaid with an inscription in niello. The top of the bow has a vine-scroll in niello, which contains a small bird. The crossbar with bead finials has been broken and repaired. The pin is missing. Gold fibulae with inscriptions seem to have been special gifts, and several are identified as gifts from Constantine and other emperors. The present inscription has been shown by Van Buchem to be a Christian motto referring to the afterlife.