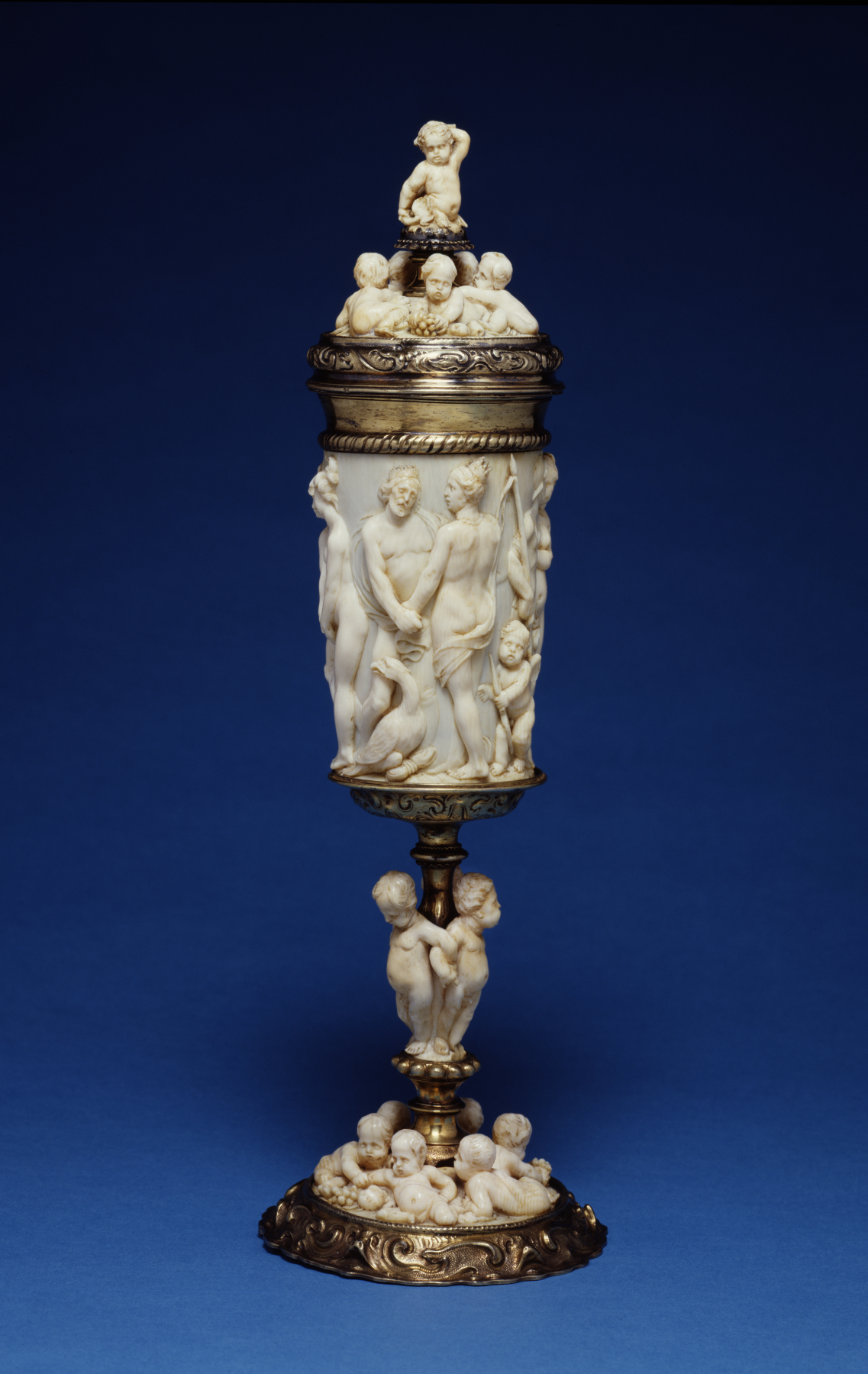 Covered Tankard with the Olympian Gods

Along with its associations with distant lands and gigantic beats, the round shape of the elephant tusk, which is hollow at the base, made ivory a popular material for carved cups and tankards to be used and admired as luxury goods, especially by wealthy Germans.

The subjects of the reliefs are usually classical, permitting lightly draped gods and goddesses, sensuously interpreted in the creamy, smoothly polished ivory that appeals to the touch as well as to the eye. The goal was a composition running seamlessly around the vessel. Instead of a single story, this artist depicts pairs of Olympian gods including Jupiter and Juno, in affectionate relationships, garments and gestures gracefully leading the eye to the next couple.