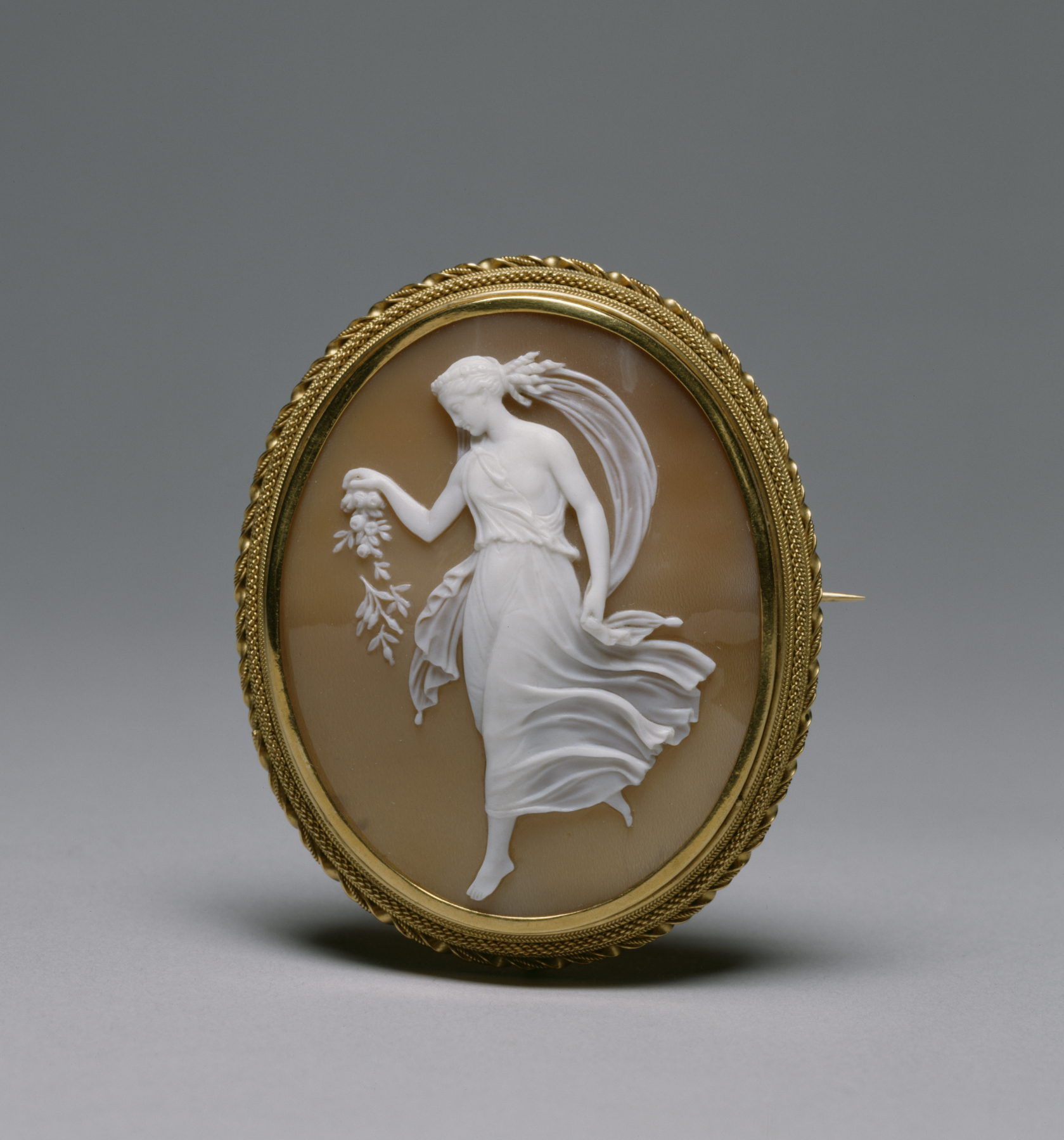 This personification of spring is based on marble relief carved by William H. Rinehart in about 1855. A version of this relief carved in 1874 can be found in the Metropolitan Museum, New York (1985.350). William T. Walters commissioned at least three of these cameos.