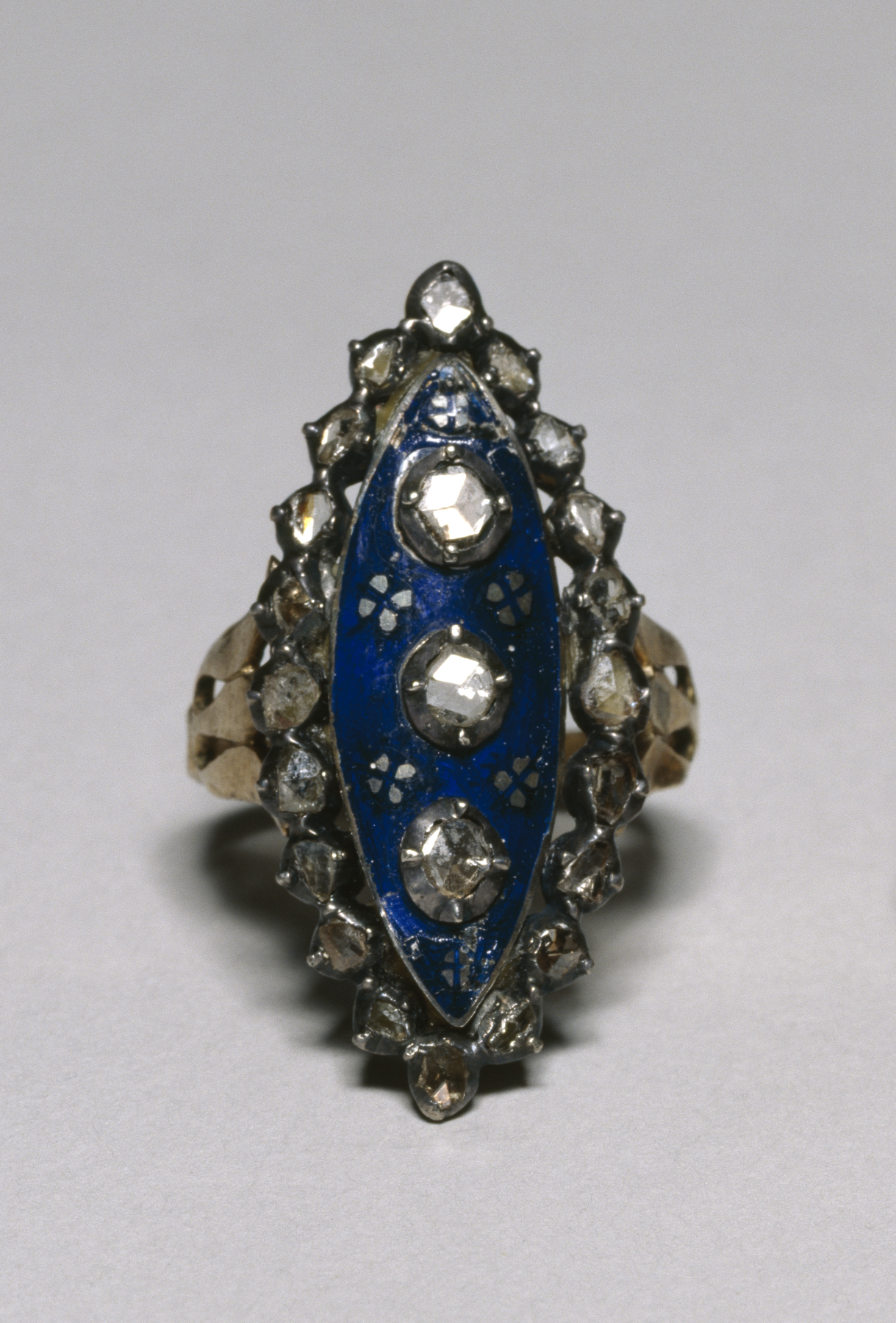 In the late 18th century and into the 19th century, marquise rings set with diamonds on dark blue or red enamel backgrounds became fashionable in Europe. The oval (marquise bezel), like this ring, and the rectangular (shuttle-shaped bezel) were the most popular shapes with diamonds set to imitate stars in the sky or floral sprays. It was charactersitic to frame these rings with a border of diamond sparks set in silver mounts. The blue enameled rings evoke celestial allusions; rings of this kind were called "bagues au firmament" (Rings of the Heavens).