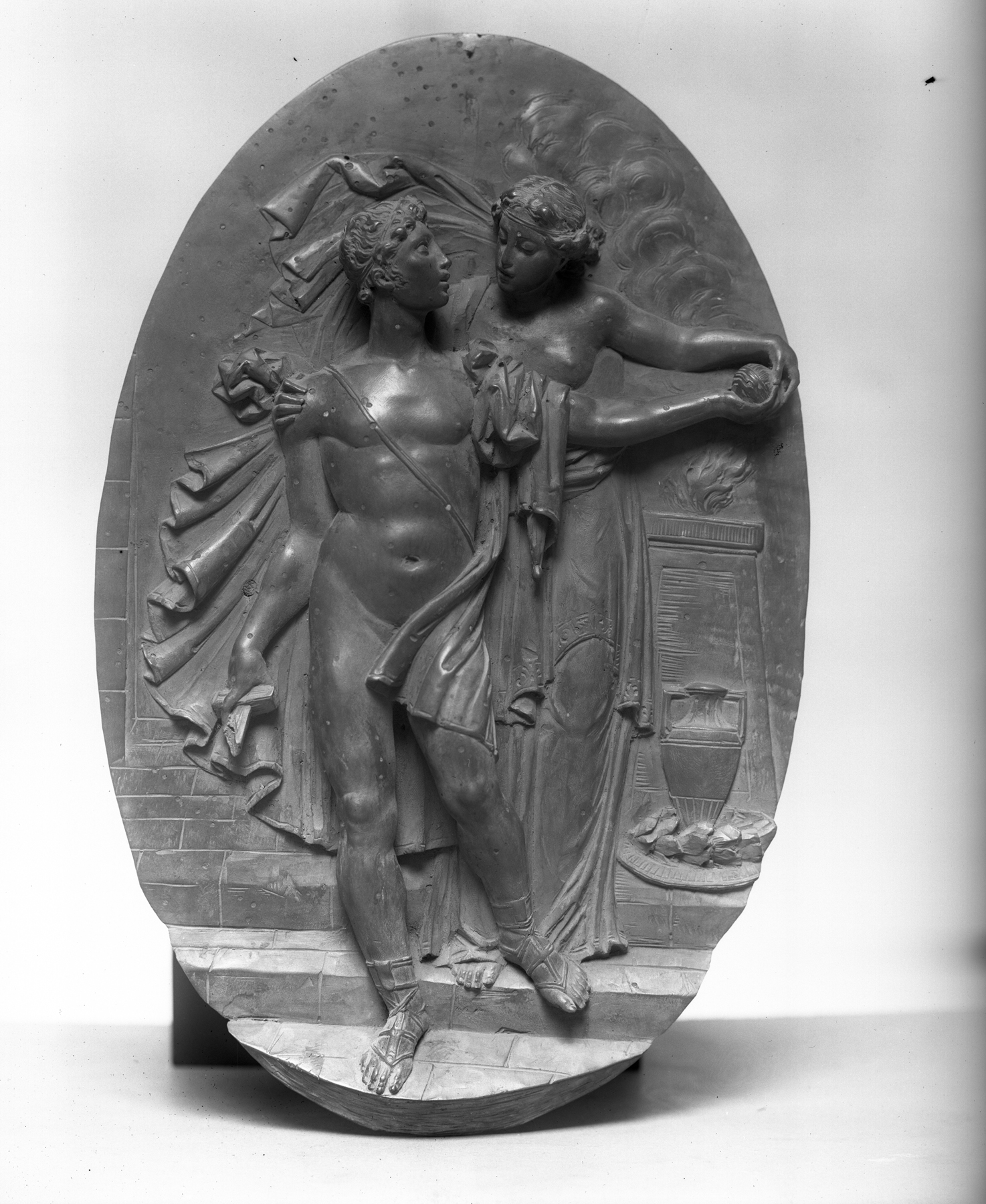 This relief shows Theseus receiving a ball of thread from Ariadne. The thread would allow Theseus find his way out of the Labyrinth after killing the Minotaur, as he unwound it as he navigated his way through the maze thereby marking his route.

Acquired by Henry Walters with the Massarenti Collection, 1902 (?)