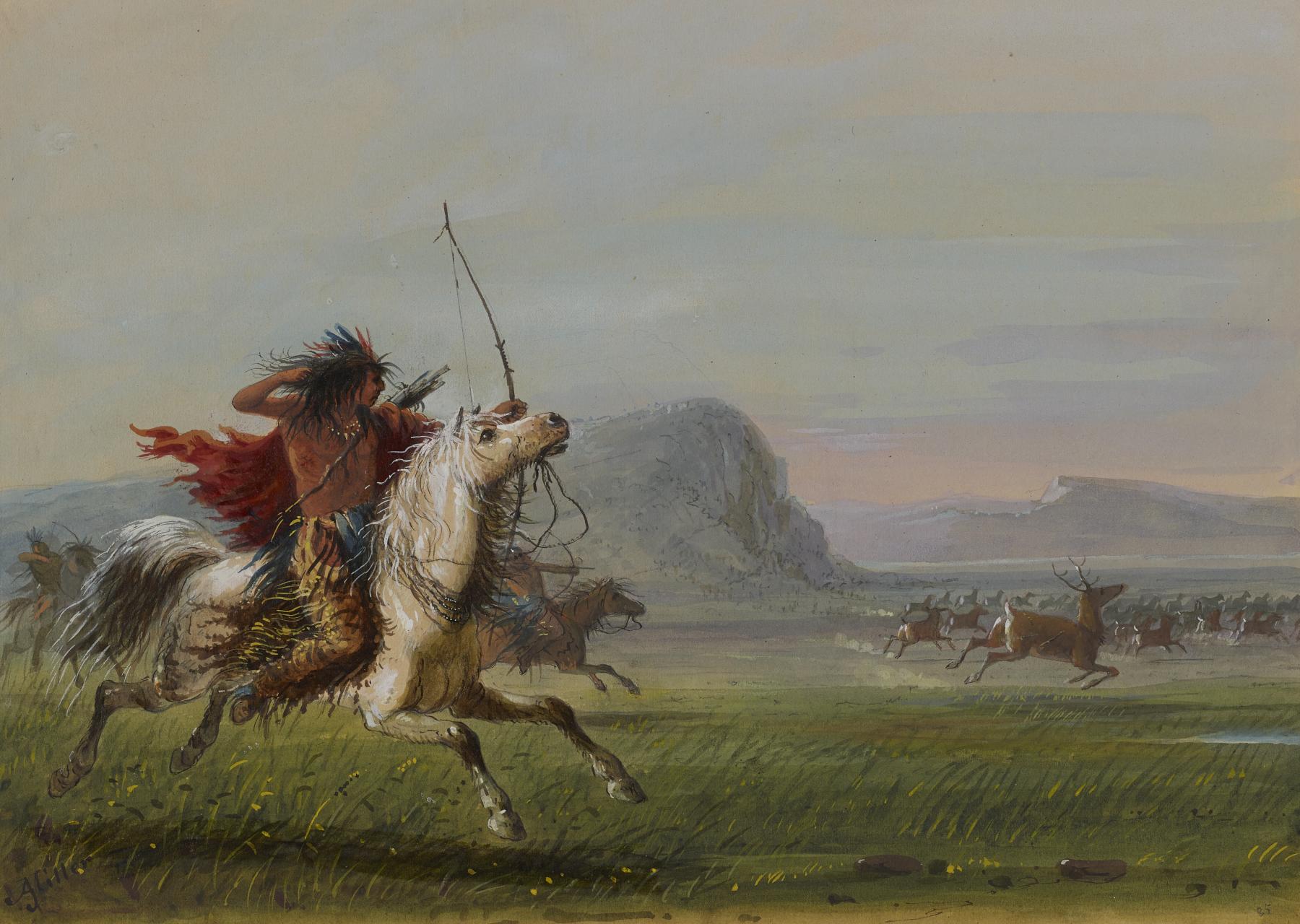 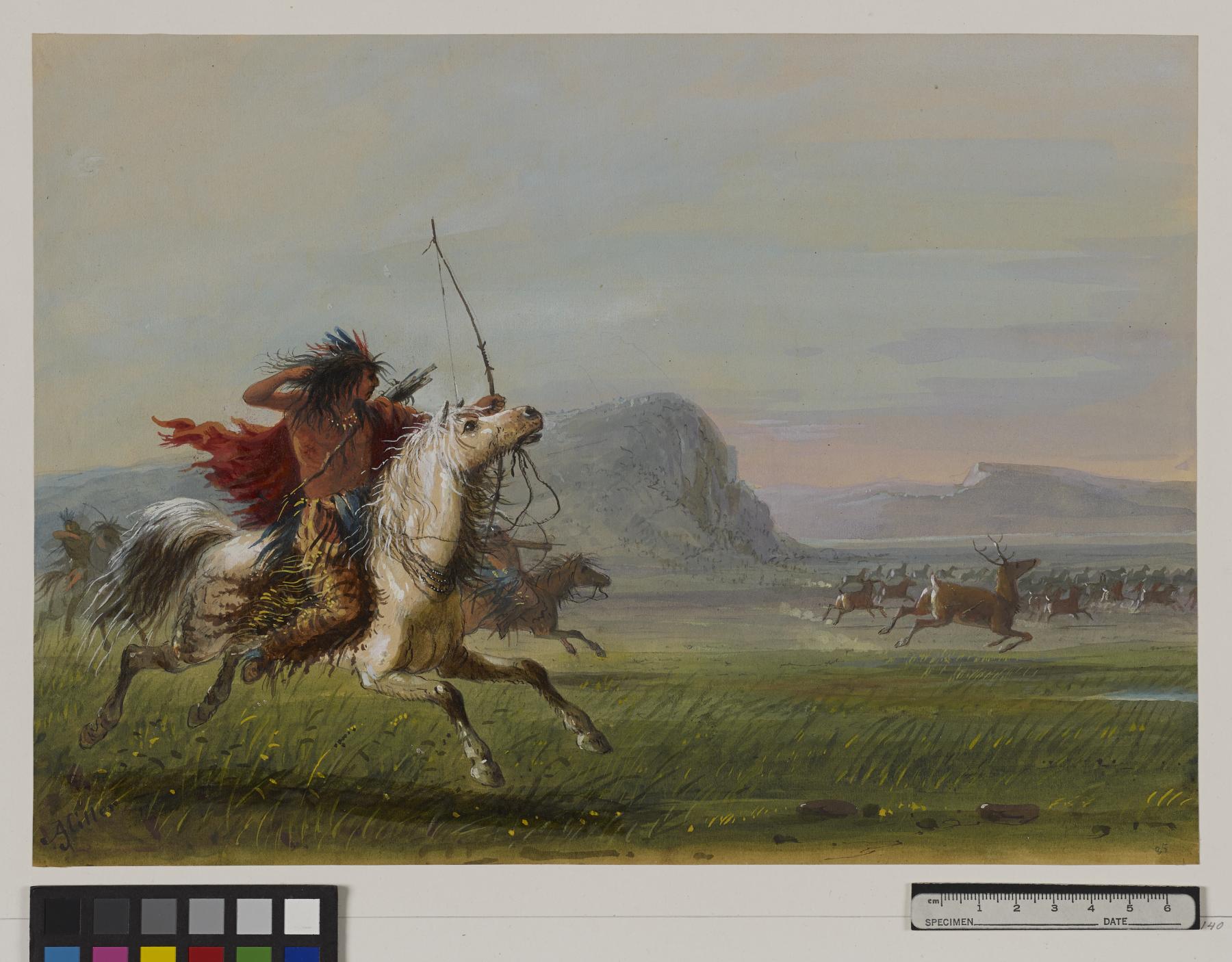 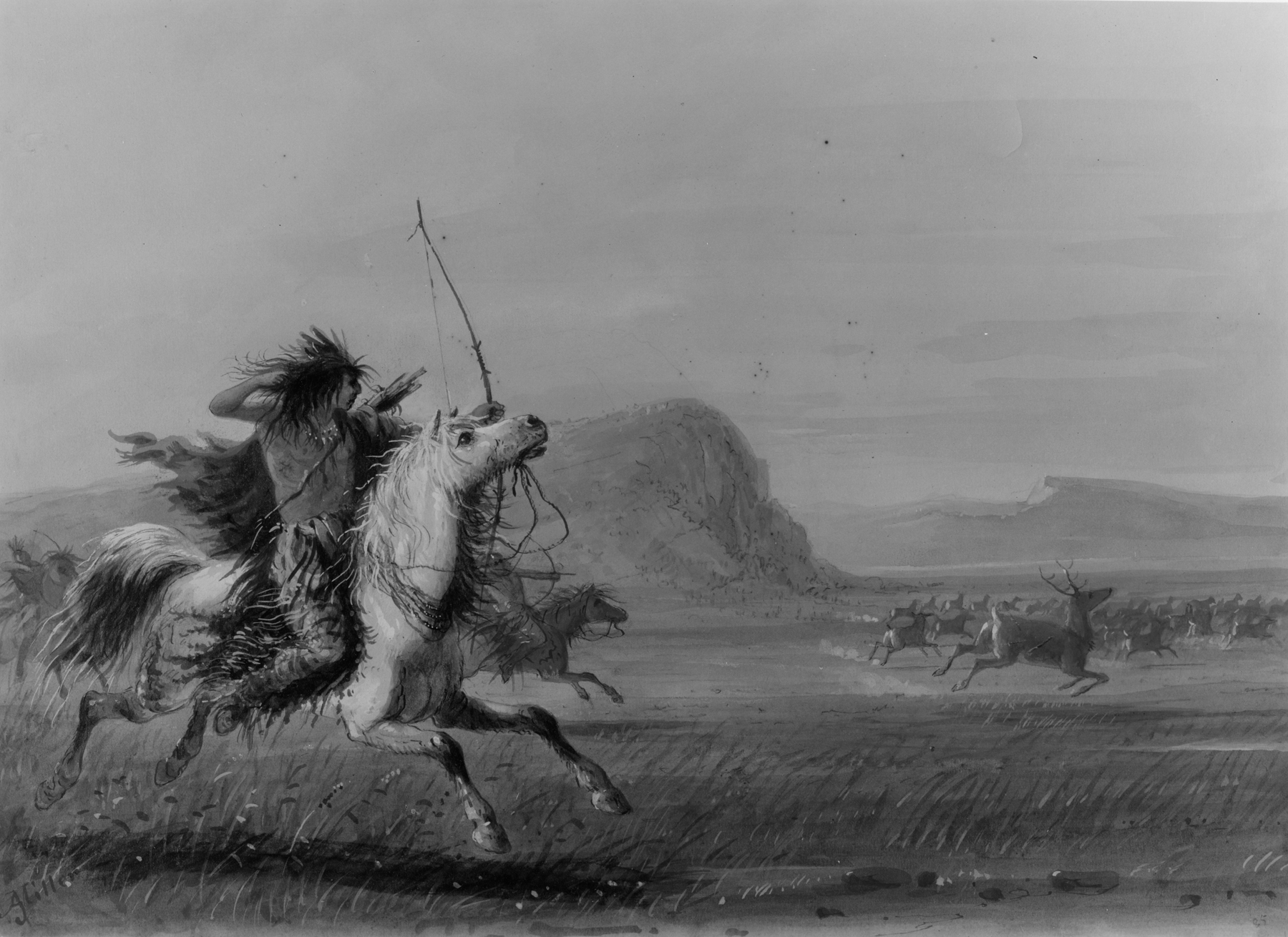 "The man who here deliberates is lost: i.e., loses his shot;- there is not much use in running the Elk without stratagem is used, either in heading them off, forcing them into the river, or waiting at some point hidden, and shooting them as they pass. Their speed outstrips that of the horse. When Buffalo are scarce, these are a desirable acquisition to the prairie larder, more from their weight than excellence of food. The meat is inferior to either Buffalo, Bear, Mountain Sheep, or Deer. The Indians manufacture a beautiful buckskin from their hides, very soft and strong, with which they make leggings, giving it a rich tint by a peculiar process of smoking;- they form it also sacks to carry their pemmican and jerked meat, and from the horns they make their most efficient bows. The scene represented in the sketch is near a bluff in the vicinity of the upper waters of the Nebraska River. The herds of Elk rarely number more than 4 or 500." A.J. Miller, extracted from "The West of Alfred Jacob Miller" (1837).