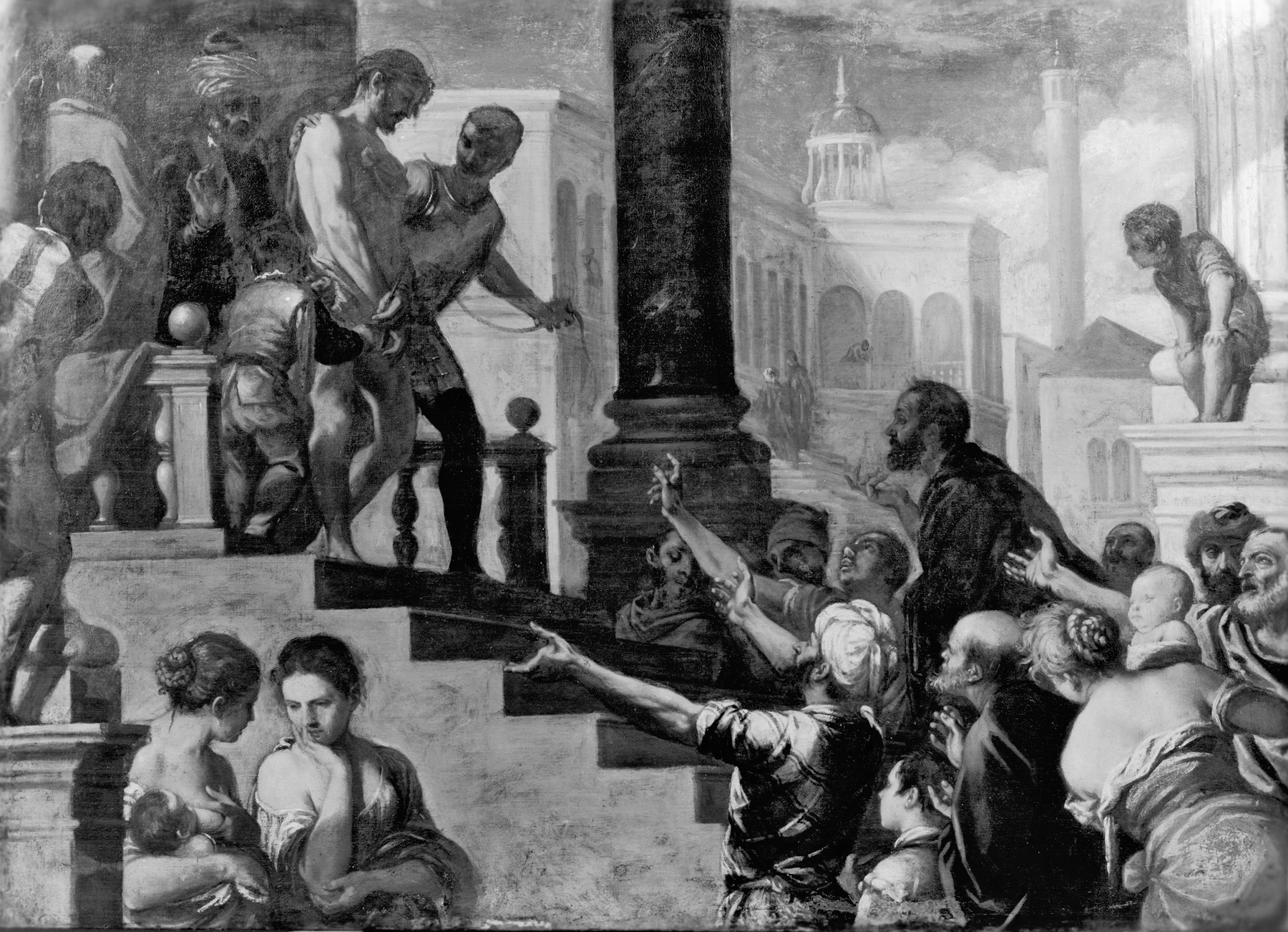 Christ stands at the top of the stairs and is mocked by a Roman soldier, while the Roman governor Pontius Pilate gestures to the crowd, declaring, "Look, I am bringing him out to you to let you know that I find no case against him" (John 19:4).

The Spanish painter Orrente's use of dark silhouettes for figures and architecture set into a narrow plane next to the surface of the painting heightens the emotional intensity of the event and reflects the influence of works by 16th-century Venetian painters, such as the Bassano family, Tintoretto, and Veronese. The architecture also recalls that of Venice. Orrente's trip to Venice must have taken place shortly before 1611, by which time the painter was back in Spain.