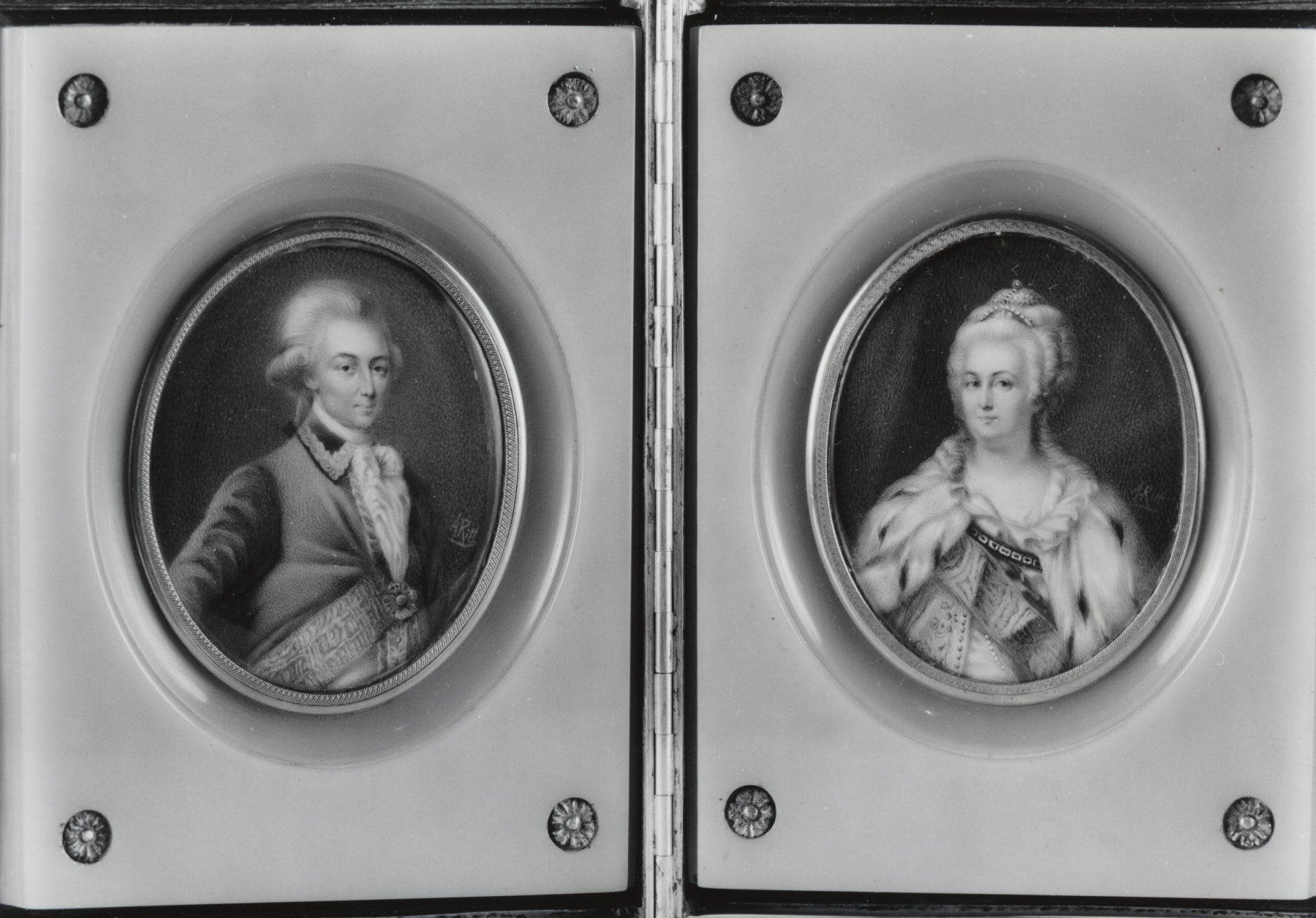 Augustin Ritt, one of Russia’s most prolific miniature painters, presents Empress Catherine II of Russia and Count Lanskoy, the Empress’s official lover, in individually mounted miniature portraits. Born in Saint Petersburg, Ritt demonstrated an early talent for painting and, at the age of 15, went to study at the Academy of Antwerp under the tutelage of its director, Andreas Quertemont. After five years, Ritt relocated to Paris and entered the Académie Royale de Peinture et de Sculpture, the state-sponsored art institution, to study with François-André Vincent. With the growing unrest in Revolutionary Paris, Ritt returned to Saint Petersburg in 1792 and quickly found success as the Imperial Court Painter to Catherine the Great and the succeeding Czars, Paul the First and Alexander the First. Members of court and Russian nobility became the artist’s greatest patrons. Miniature paintings, like these of Catherine II and Count Lanskoy, were portable portraits that were exchanged as gifts, worn as jewelry, and treasured as sentimental keepsakes. It remains unclear if these portraits were initially conceived of as a set or as individual pieces that were later paired together. The frame, which dates to the 19th century, resembles an elegant book and was specially designed to hold these miniatures.

Gift of the A. Jay Fink Foundation, Inc., in meomory of Abraham Jay Fink, 1963