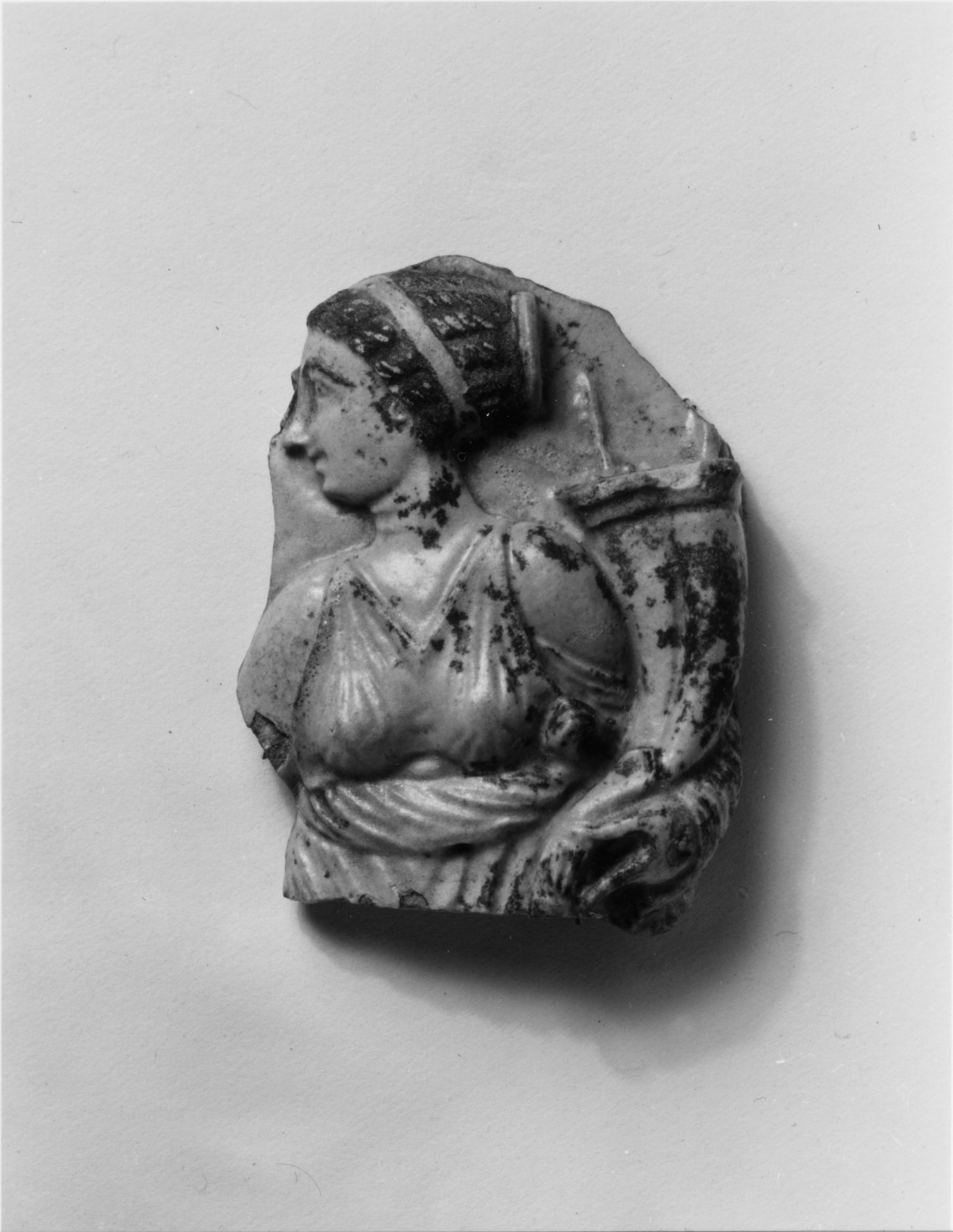 The queen’s body is depicted in mixed perspective, with her torso frontal and her head turned to her right. She holds a double cornucopia in her left arm. A mantle appears to be wrapped around her waist. Brown pigment colors the queen’s wavy hair, arranged in the melon hairstyle, around which she wears a diadem. Based on complete examples of the oinochoe type, the queen would have held a patera in her outstretched right arm, and she would have been depicted full-length, with her weight on her right hip, left leg bent. To her right would have been an altar, and behind her would have been a tapering column. Egyptian faience jugs or wine pitchers (oinochoai) of this kind were used in the cult of the Ptolemaic rulers and always depict one of the queens of the early Ptolemaic period in high relief. This queen can be identified as Arsinoe II (died ca. 270 BCE) by the double cornucopia she holds.

Dikran Kelekian, New York and Paris, [date and mode of acquisition unknown] [said to have been found at Faiyum]; Henry Walters, Baltimore, 1909, by purchase; Walters Art Museum, 1931, by bequest.