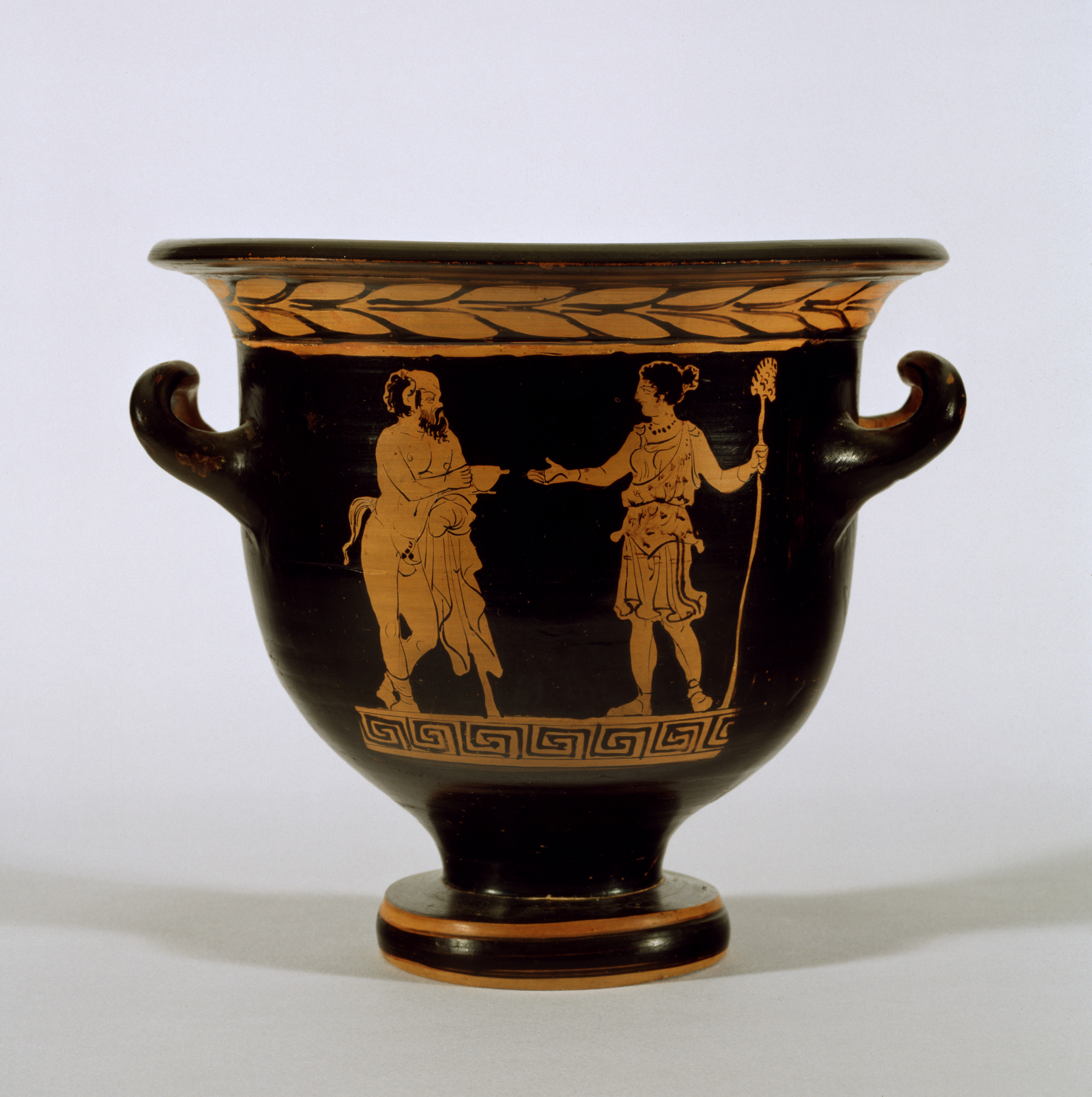 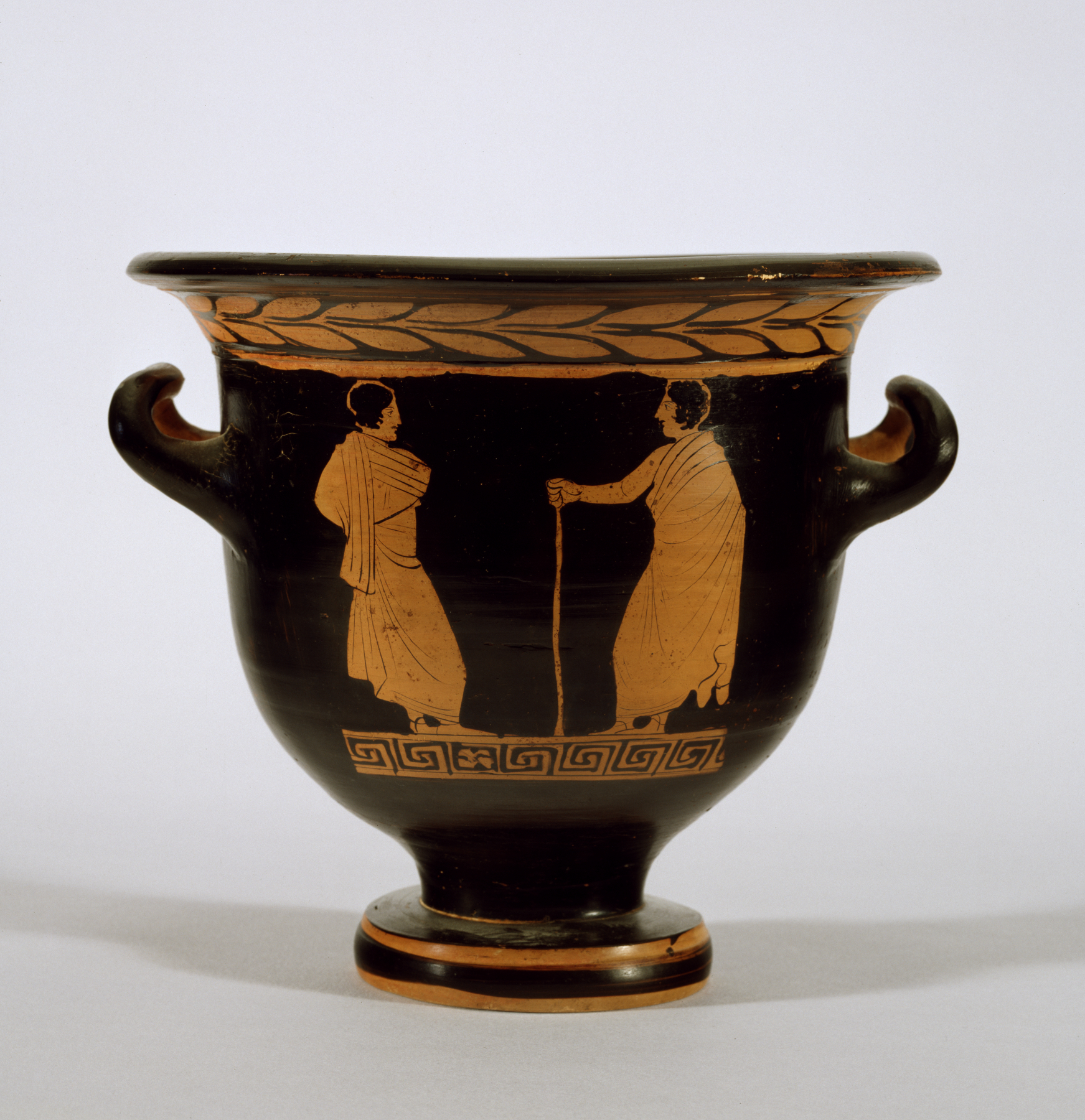 Bell Krater with Satyr and Maenad

Scenes related to the wine-god Dionysus are appropriate for "kraters," as these vessels were used to mix wine and water. Here, an old satyr hands a cup to a maenad wearing a short dress and an animal skin-clothing normally associated with the goddess Artemis or an Amazon. On the opposite side, two youths in mantles are engaged in conversation. The Tarporley Painter is named after the previous owner of one of the vases he created. He is the most important painter to work in the early plain style of Apulian vase painting. The bell "krater" was his favorite vase shape, and Dionysiac themes are common in his work.