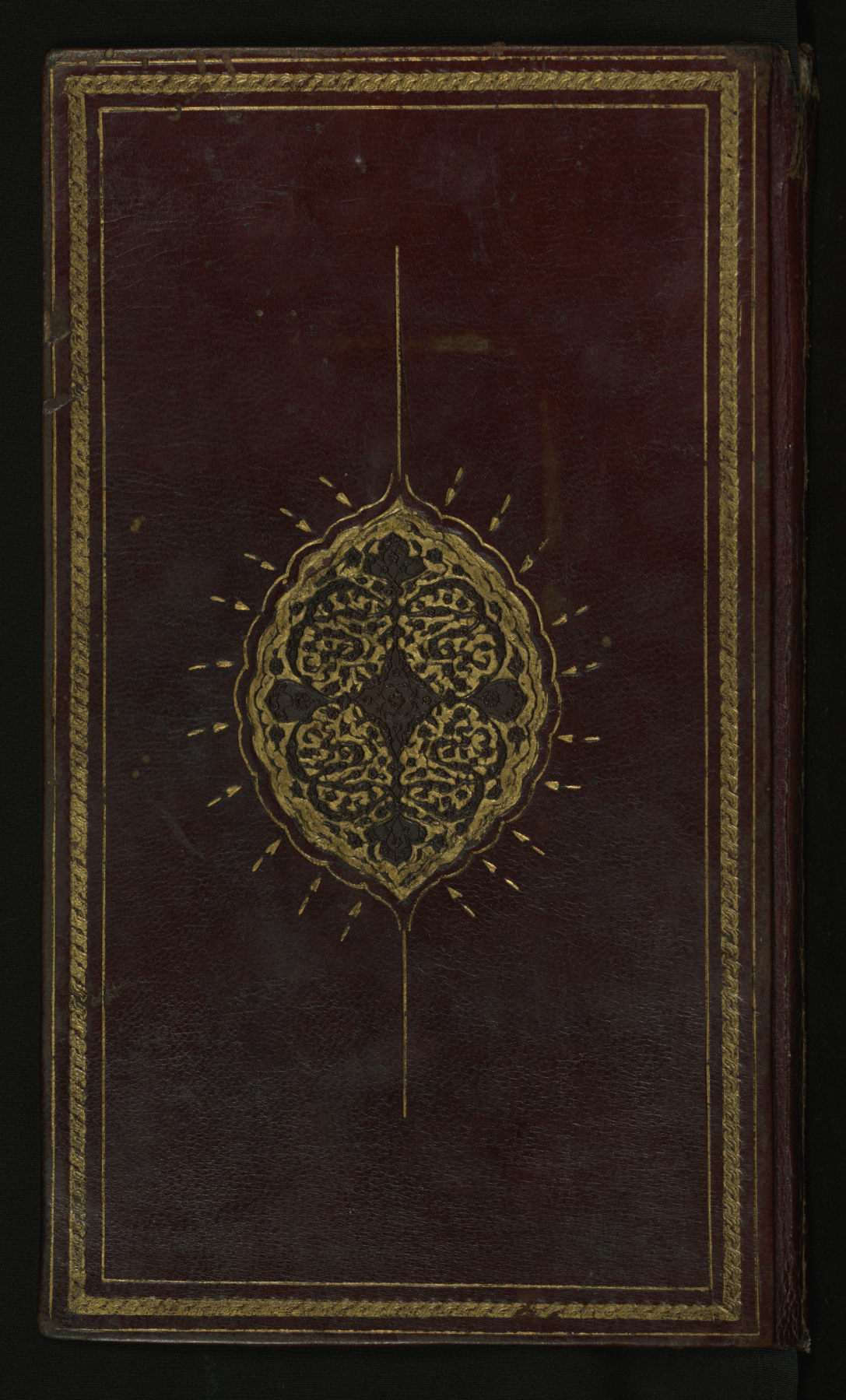 Walters manuscript W.585, a work on Sufism in the form of questions entitled Khawatim al-hikam is by 'Ali Dede al-Busnawi (died 1007 AH/AD 1598). This particular Ottoman copy was written in Nasta'liq script by Mustafá ibn al-Hajj Muhammad in 1081 AH/AD 1670. The Arabic text begins with an illuminated headpiece (fol. 1b). The red leather binding with central lobed oval with arabesques on a gold ground is contemporary with the manuscript. 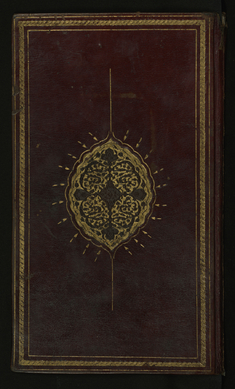 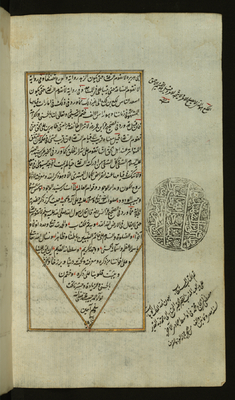 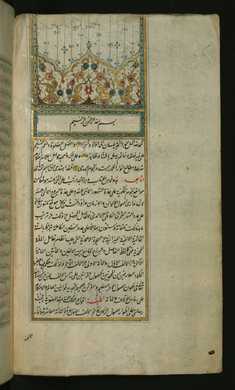