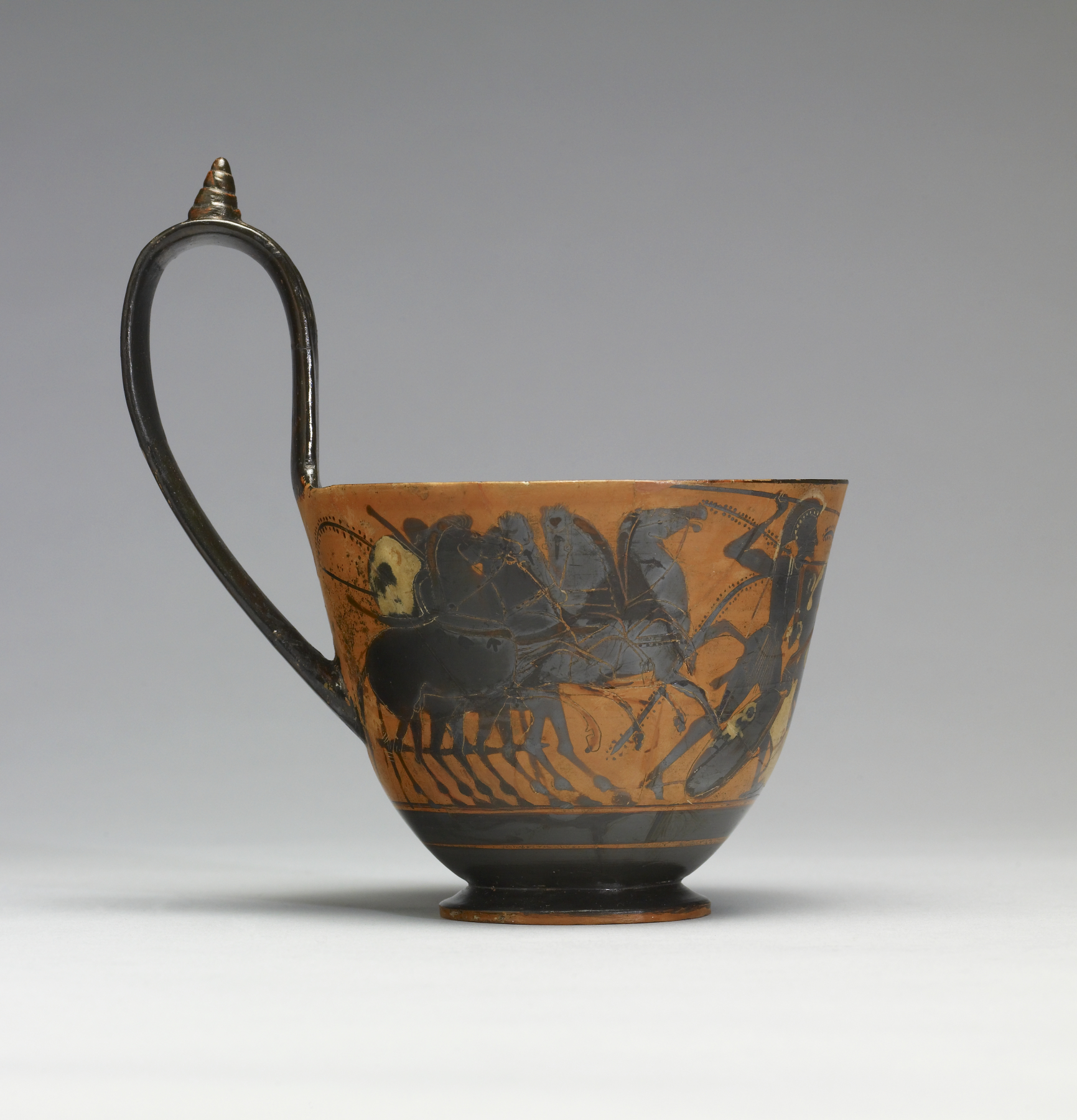 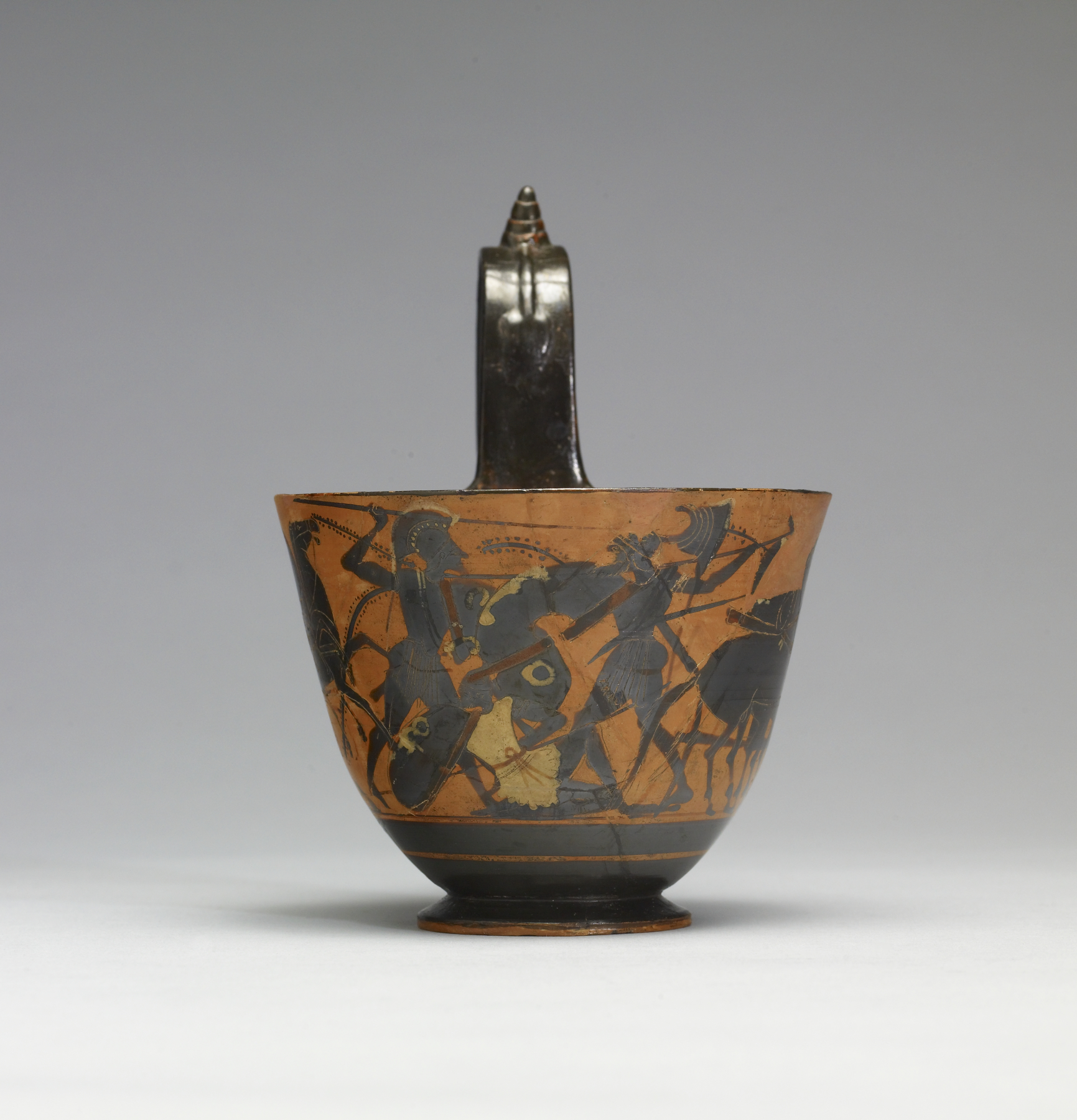 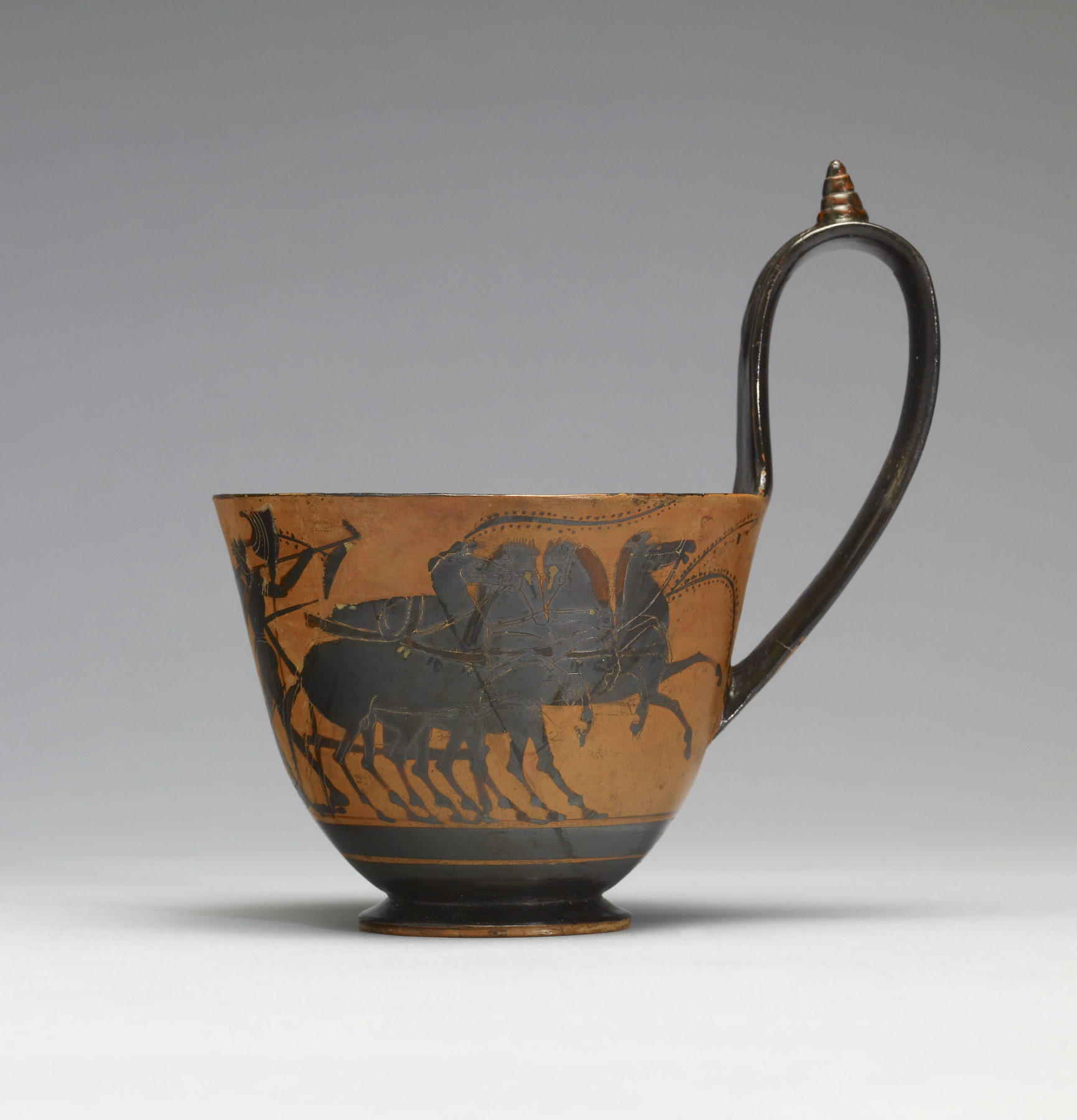 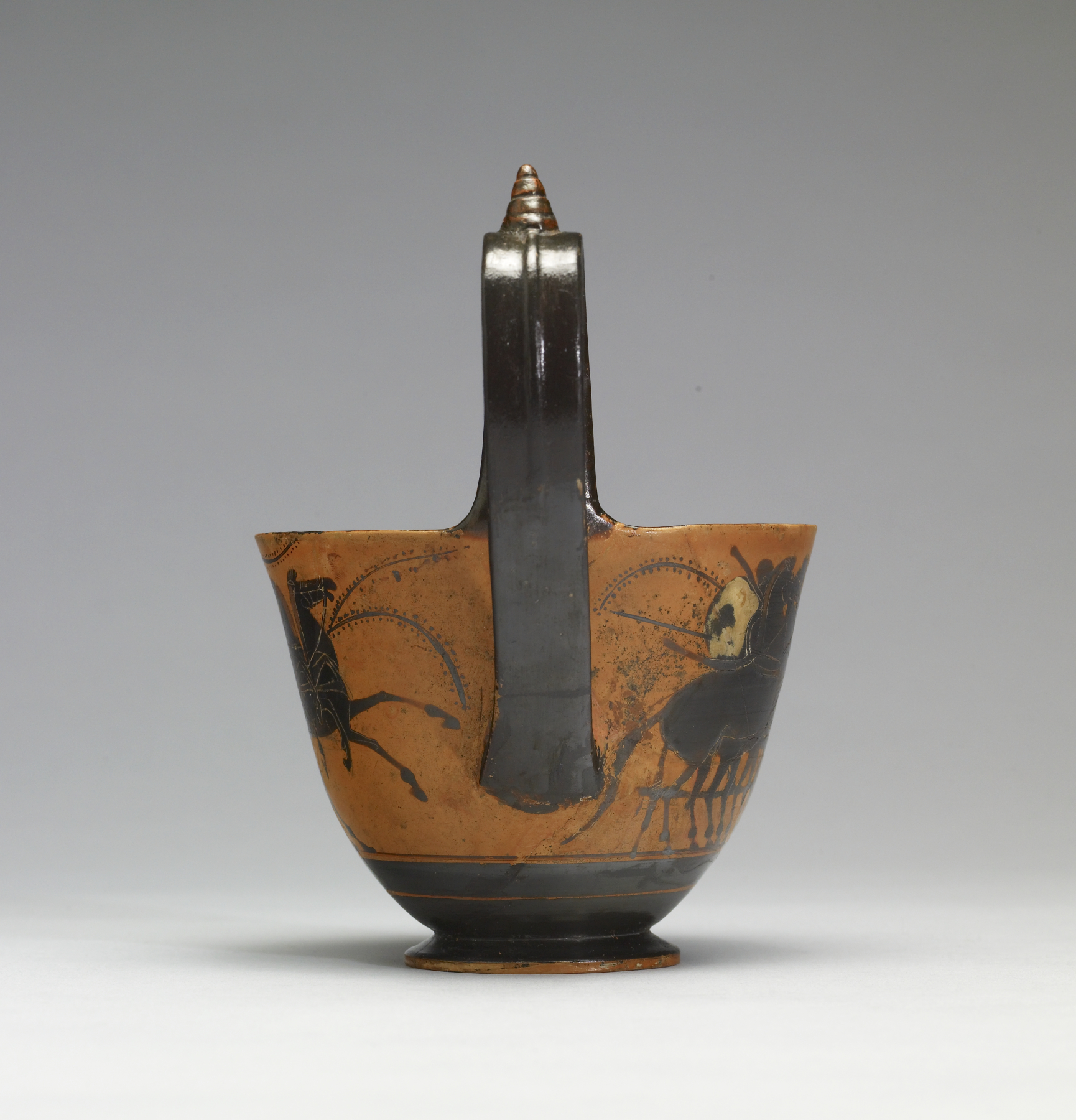 Kyathos with Warriors and Chariots

This kyathos (ladle) depicts a characteristic battle scene: two warriors or heroes fighting over a fallen soldier. Two bearded soldiers attack each other with raised spears and large shields decorated with white motifs and red rims. Their swords hang sheathed at their side. The warrior on the left has knocked his opponent's helmet off his head, while his opponent's spear is pointing at his throat. In between, a third warrior has collapsed on his right knee and uses his spear and shield for support. Unlike the standing fighters in their short kilts, he wears a short white garment belted with a bow. On either side of this central scene, a warrior with a shield is driving to the right in a "quadriga" (a four-horse chariot).

Without identifying attributes or inscriptions, the warriors depicted could be ordinary soldiers in battle or Greek heroes fighting at Troy. The scene of two warriors fighting over the body of a fallen soldier is a familiar episode from accounts of the Trojan War; the recovery of the body and the armor of a dead comrade was crucial. Even if the warriors depicted on this vessel are ordinary Greeks, the imagery recalls the glory of the heroic warriors of the past.