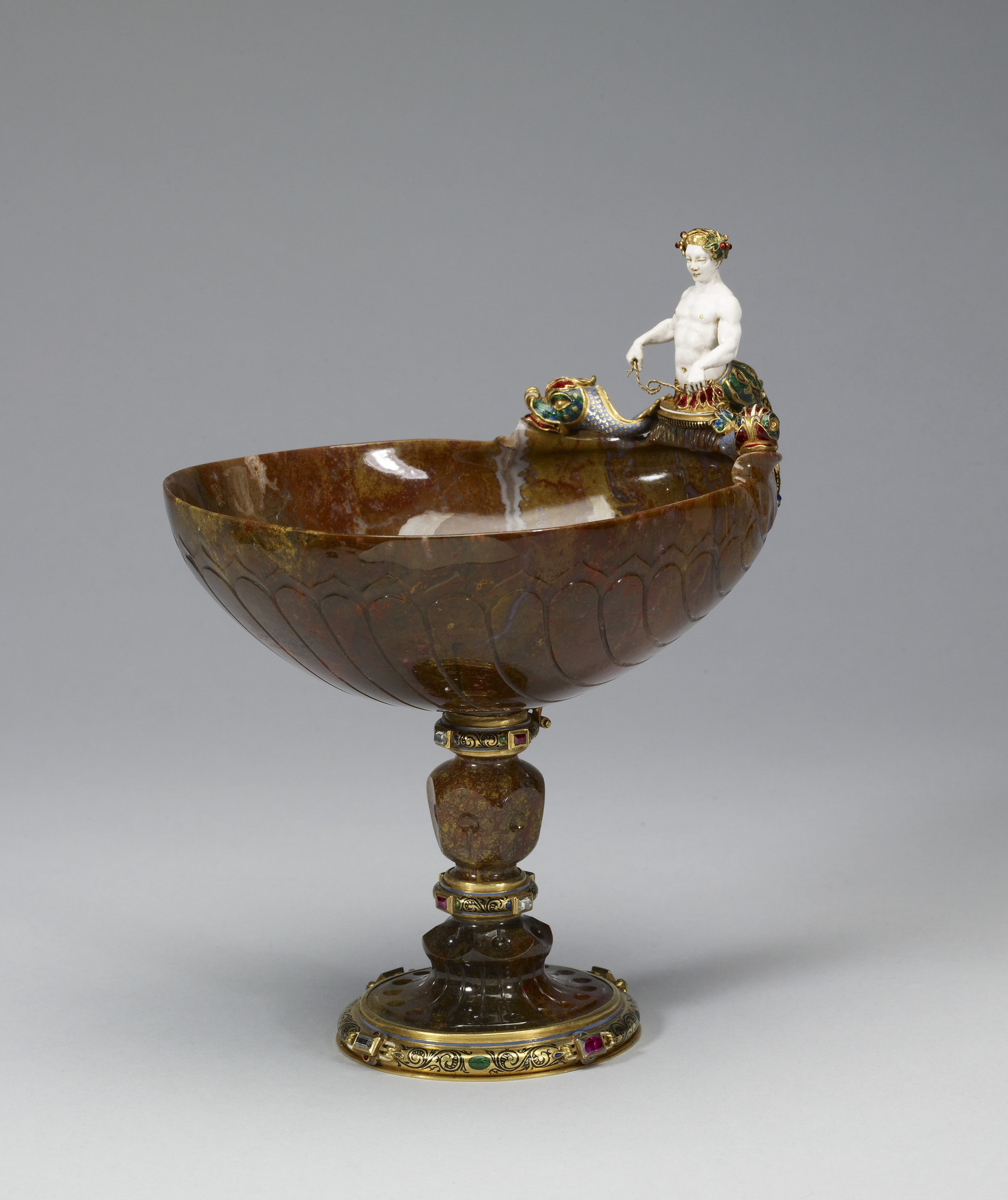 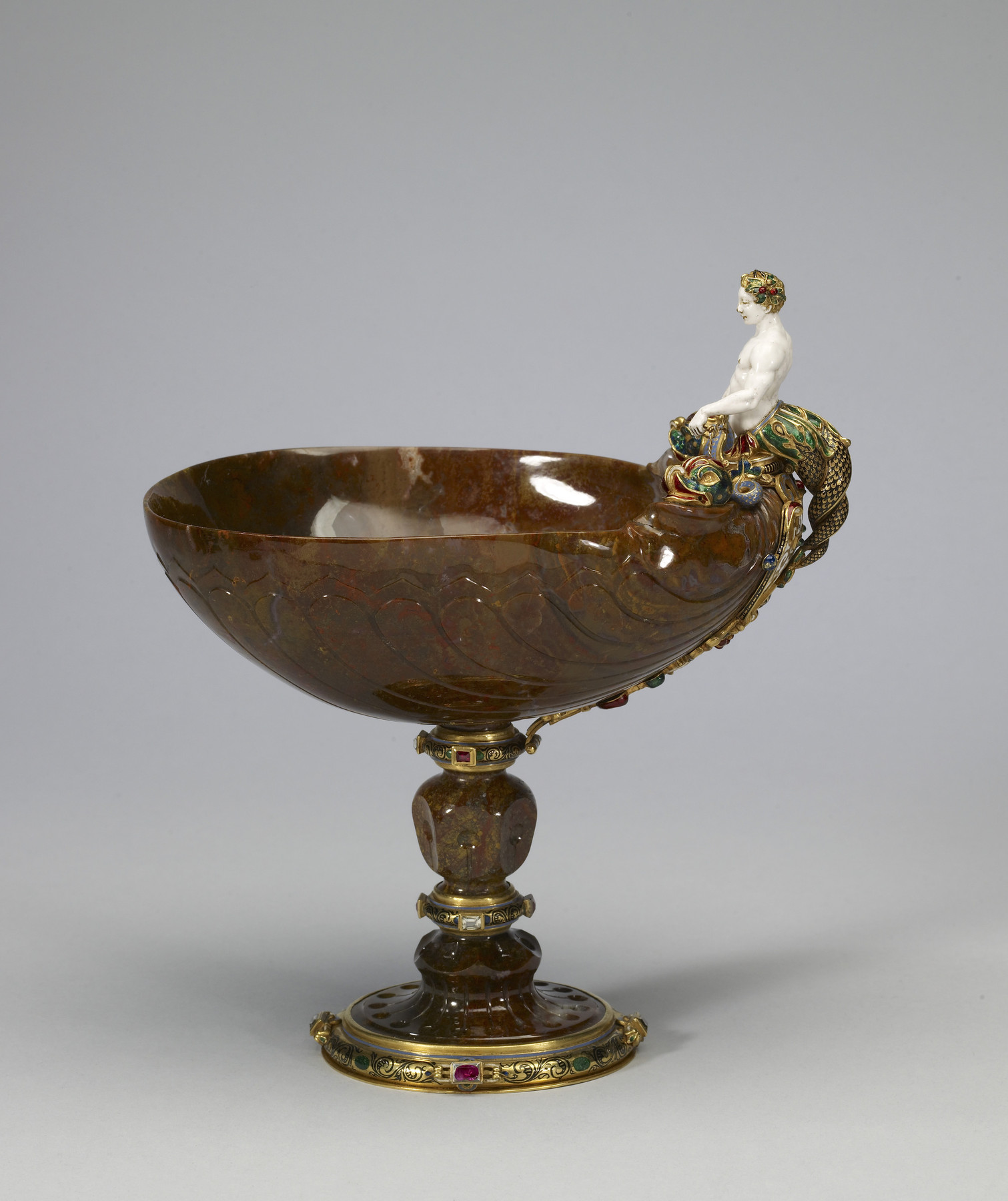 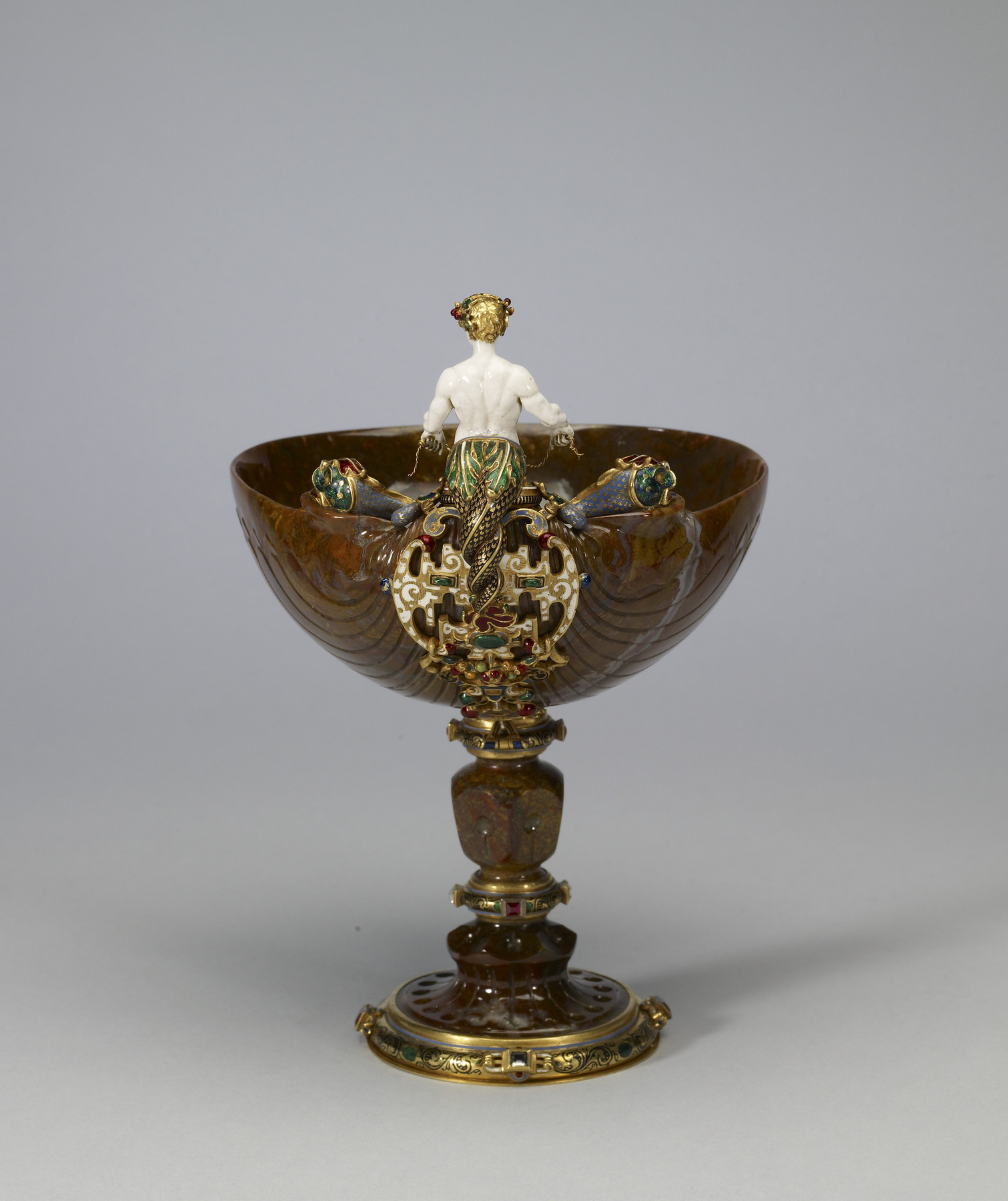 Although made in the mid-19th century, this bowl clearly looks back to the art of preceding centuries and pieces such as the Dinglinger Cup, an early 18th-century agate cup from the Royal Treasury in Dresden (WAM 57.1994). The Victorian age was an era of revival styles of all kinds, from Gothic, to Renaissance, to Rococo. Pieces similar to this one were made by Jean-Valetin Morel and Charles Duron, but, as this cup is unmarked, it is difficult to attribute it to either artist. These makers often showed their work at World’s Fairs, great international exhibitions where revival styles were showcased in eclectic abundance. This piece has an oceanic theme: the agate cup is carved in the form of a shell, and the handle is formed from an enameled figure of Triton, a Greek sea god and merman, who has harnessed two dolphins. Until recently, this bowl was regarded as a masterpiece from the workshop of Dionisio Miseroni (died 1661) who worked in Prague for Emperor Rudolph II. Scientific evidence has confirmed that the enamel work dates from the 19th century.