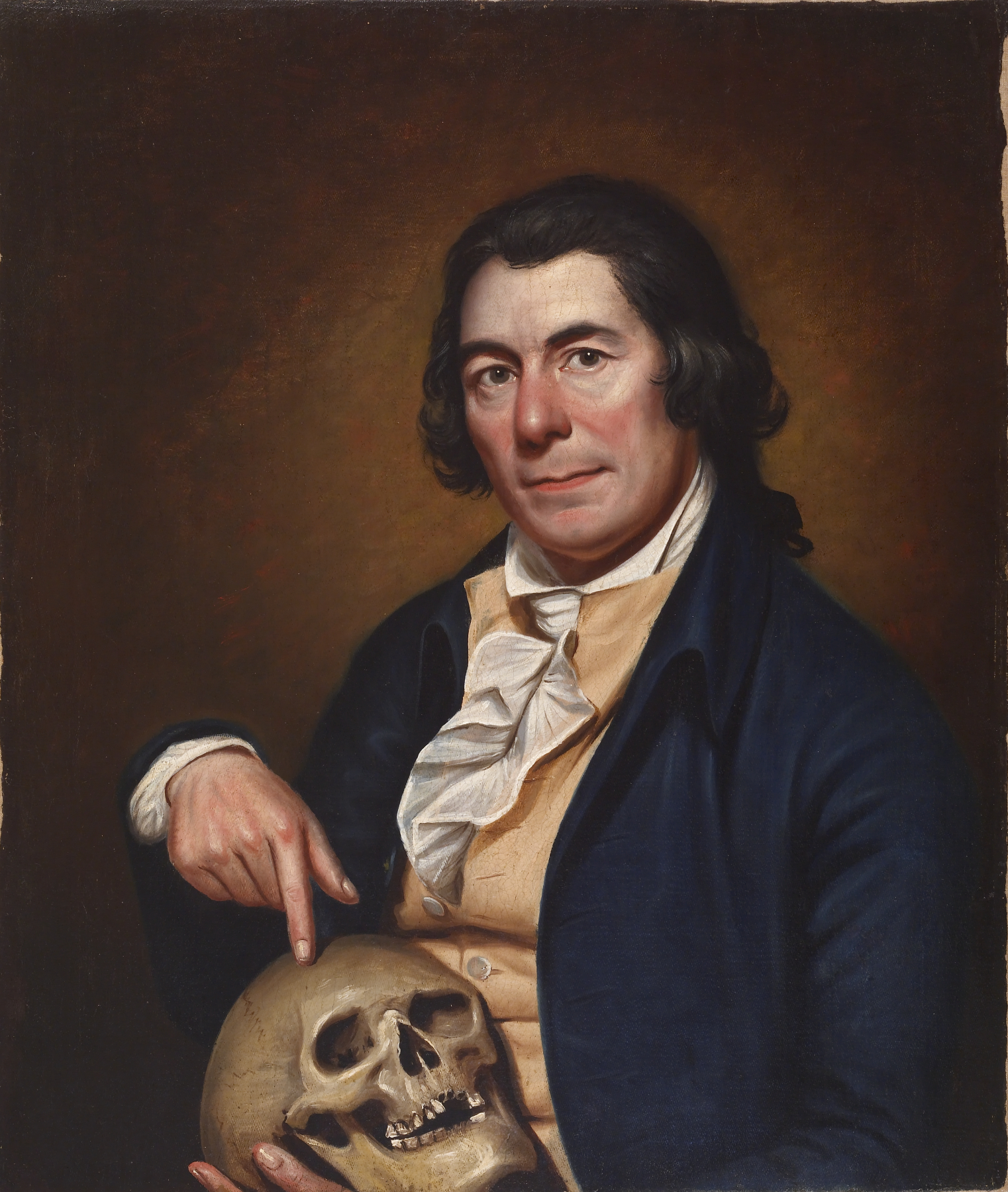 Rembrandt was the son of the well-known Neoclassical portraitist, Charles Willson Peale, who used his influence to launch his children's careers as artists. In 1795, Charles used his connections to get 17-year-old Rembrandt a sitting with the growing American legend George Washington. Rembrandt would later paint many portraits of Washington, as well as of Thomas Jefferson.

The younger Peale enjoyed a long, prosperous career, churning out likenesses of the most distinguished members of Colonial America. Due to heavy demand, he often relied on studio assistants. Consequently, the mature work can seem slightly formulaic. However, this early work, probably done at about the same time that the precocious young artist was introduced to Washington, has a refreshing liveliness. The sitter, whose profession and identity remain somewhat unclear, is captured as though directly engaging us. He points to a skull, which is typically used in still-life painting as a symbol of human mortality. Scholars have not yet determined if the prominent skull refers to the sitter's professional status (a medical doctor?) or if it has some other, as yet undeciphered symbolical role.