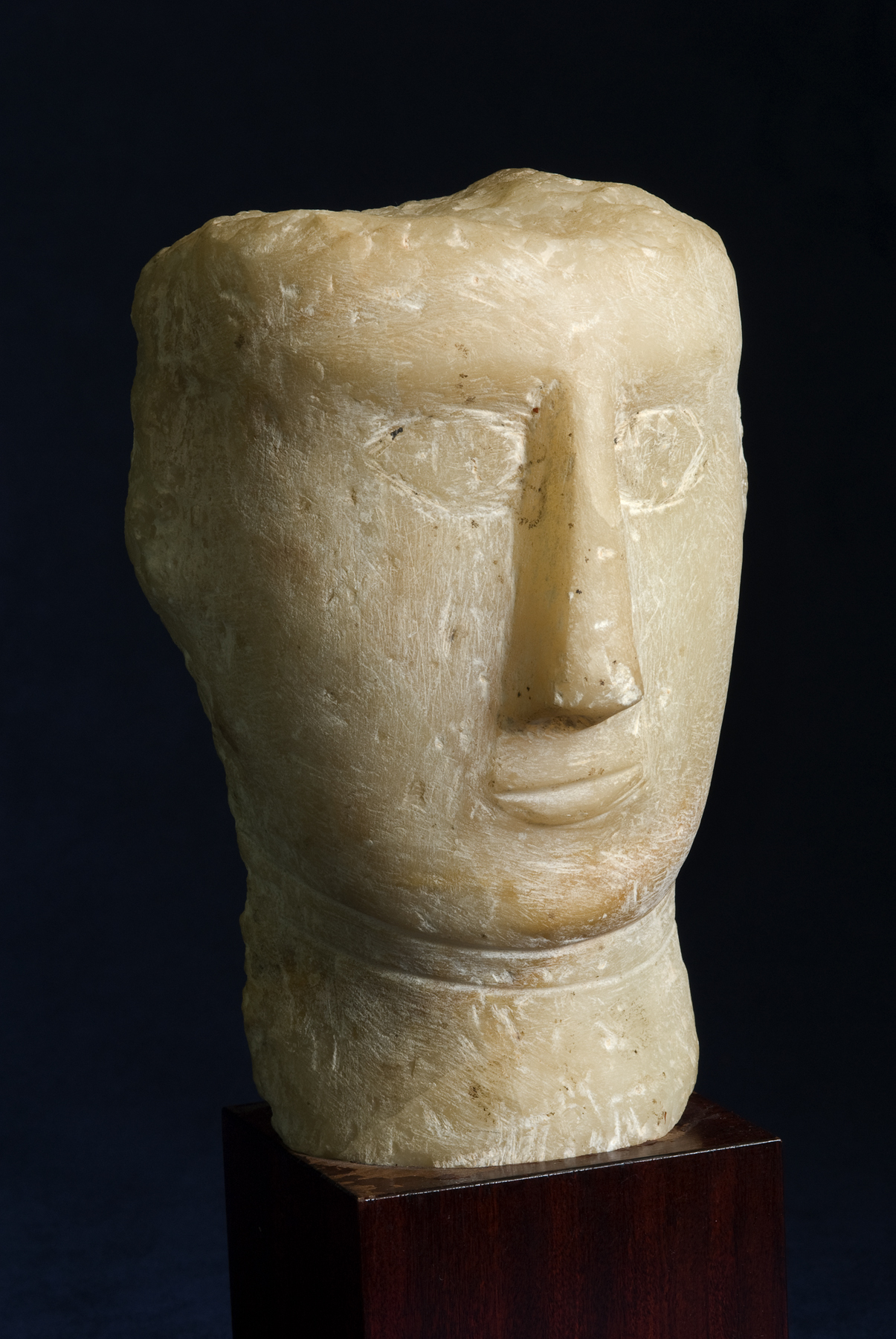 Head of a Woman with a Rectangular Face

The type, style, and technique of this sculpture resemble those of another head, Walters 21.22; both pieces may have been produced in the same Sabaean workshop. The incised rings on the front of the neck--the so-called rings of Venus--indicate the female gender of the subject. The hair would likely have been executed in plaster and attached to the head.