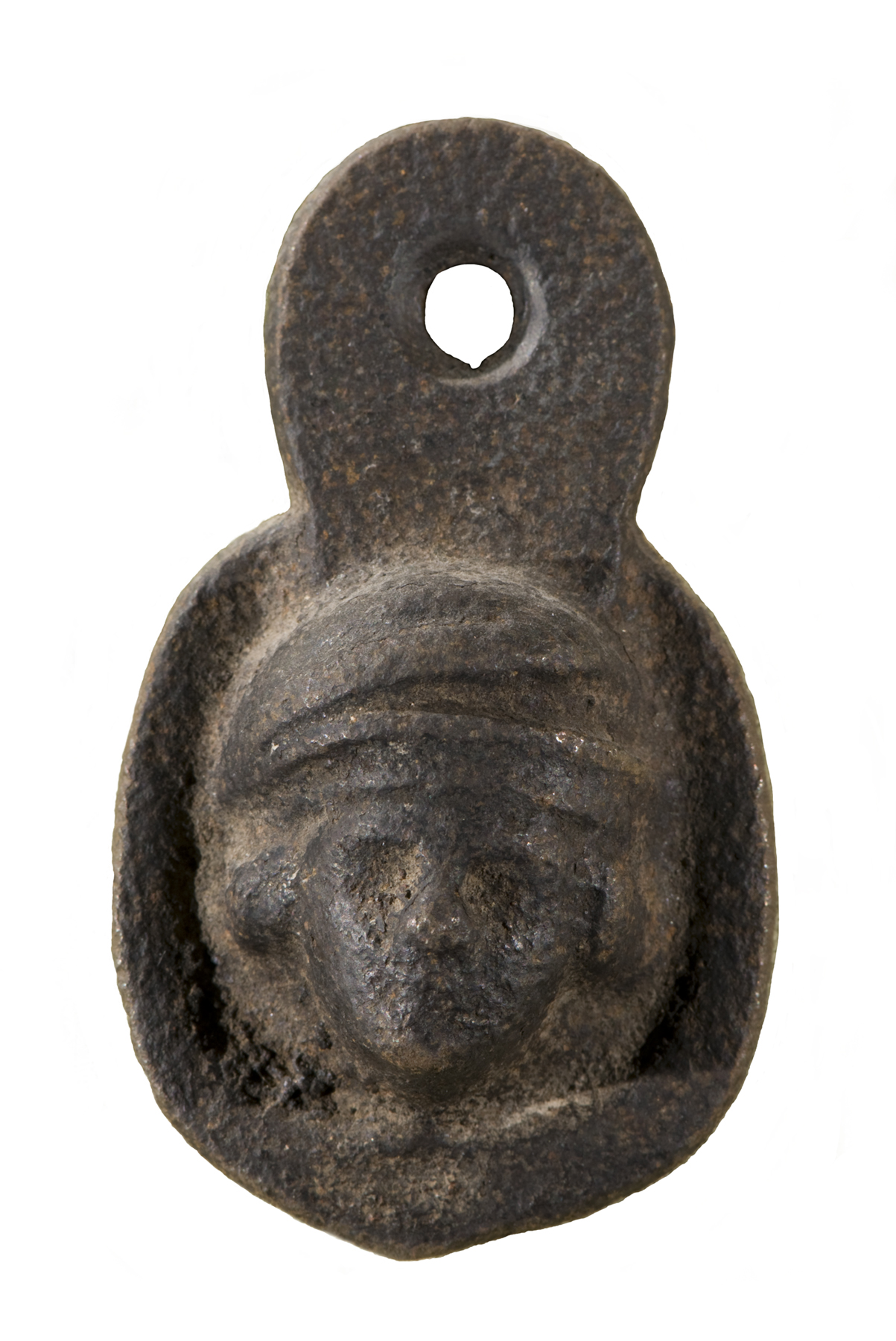 The oval plaque features a male head wearing an elaborate headdress that resembles the Macedonian "kausia" (a kind of flat hat). Similar pendants were made in the Roman Empire, but it is impossible to determine whether this pendant reached South Arabia as an import or was made locally after a foreign model.