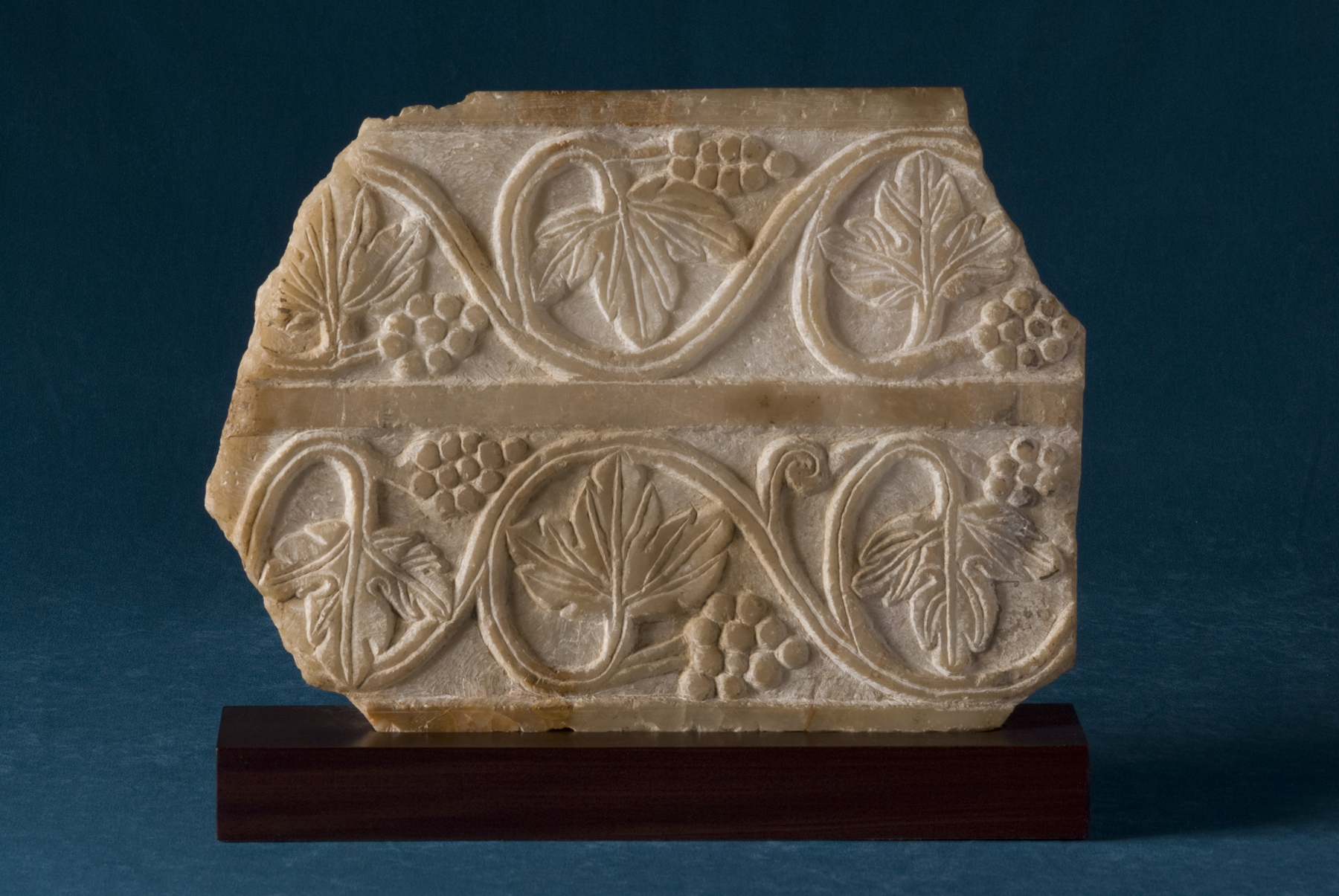 This relief was part of a wall panel and depicts vine scrolls with bunches of grapes and leaves. The design of the vine scroll resembles that of a relief in the British Museum (ANE 134886); both fragments may be from the same structure. The motif is characteristic of the international Greco-Roman style, which also became popular in ancient South Arabia from the 2nd century.