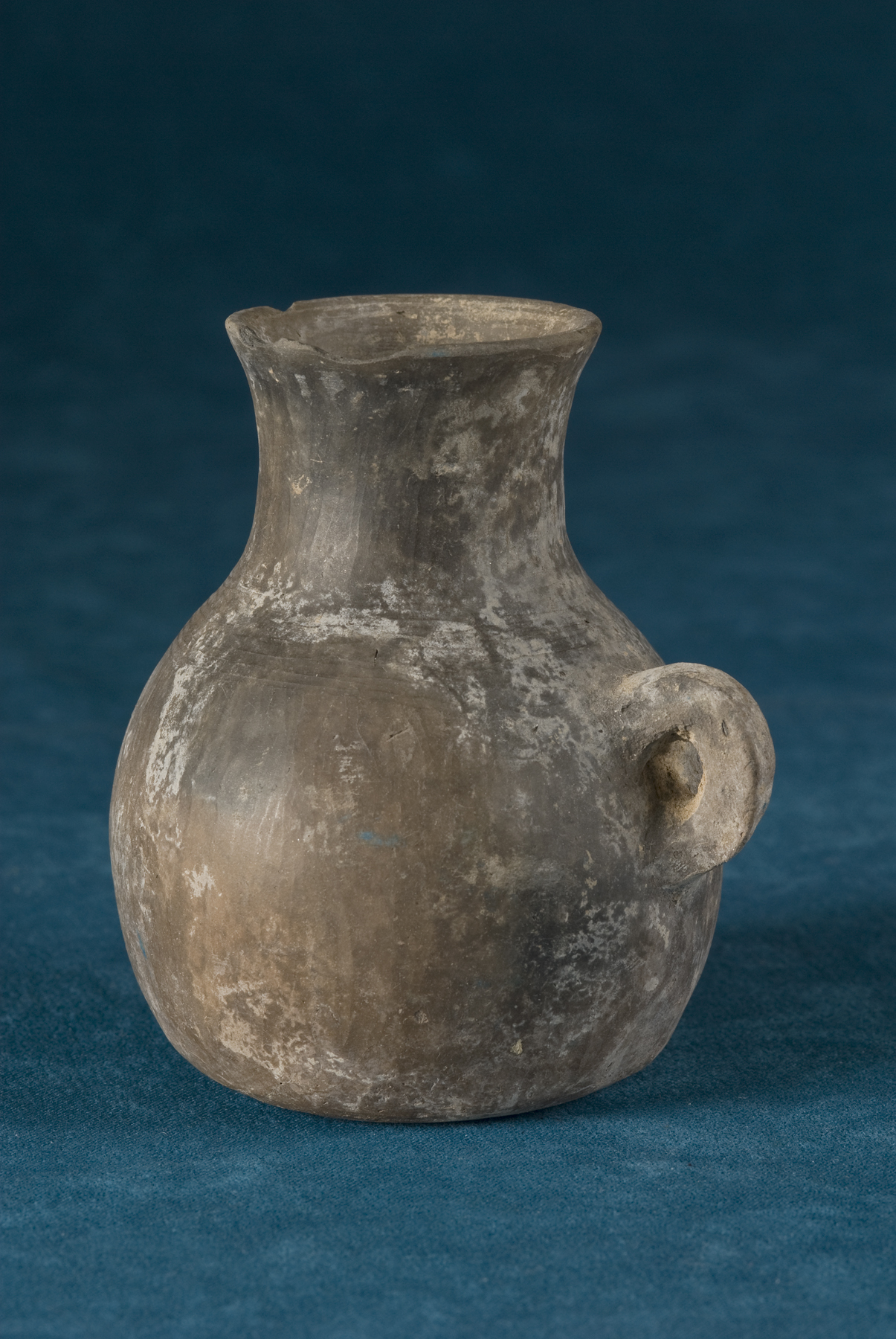 The smooth surface of this small clay vessel is covered with a dark brown slip. It appears to have been produced by reduction firing (a low amount of oxygen in the kiln). Although such vessels were commonly used in daily life, they are also found in tombs and may have been used in rituals.