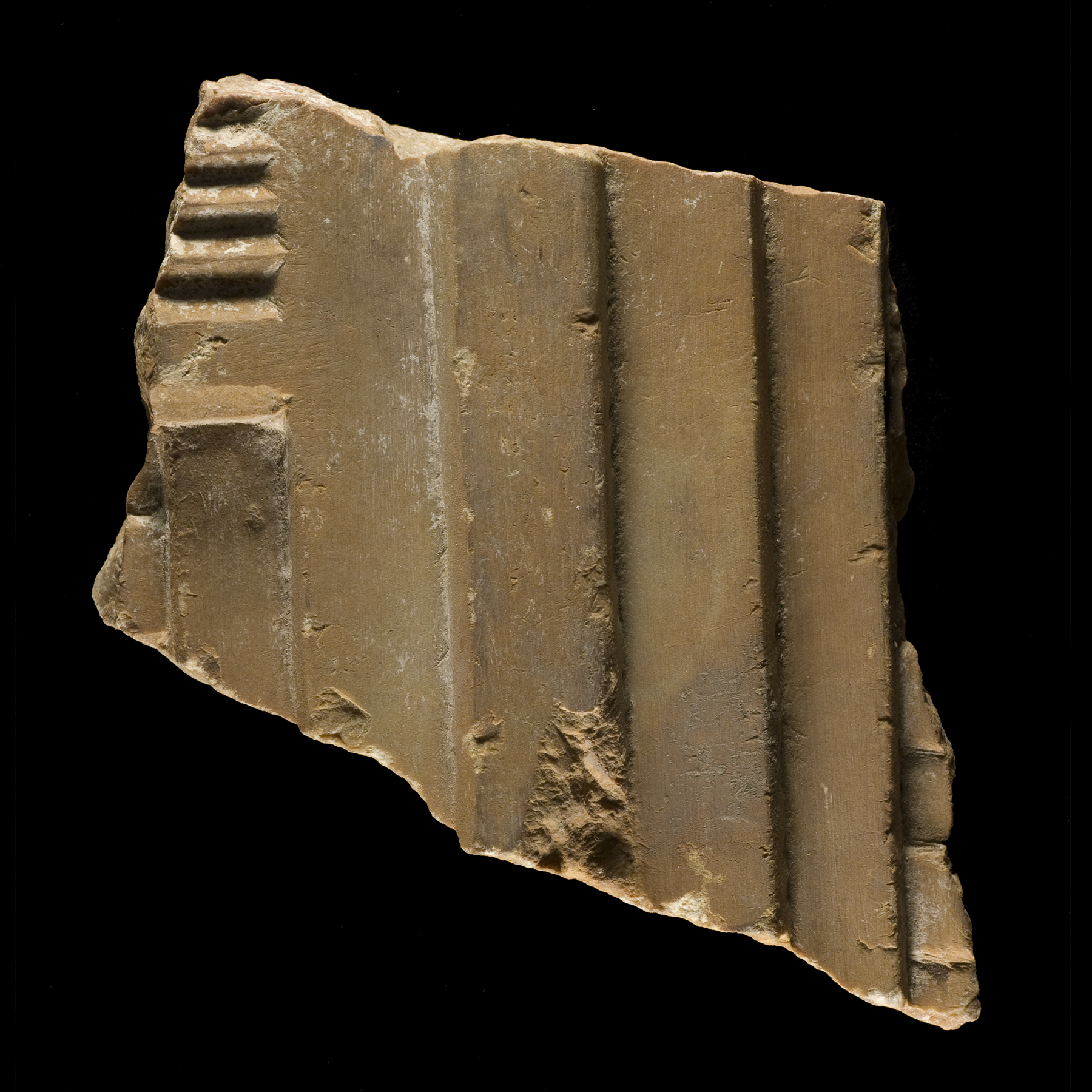 This fragment contains parts of pseudo-niches, which formed part of an architectural setting. Such décor was used to frame stelae or ritual objects, particularly censers. The architectural design is associated with sacred places and conveys the ritual function of the object.