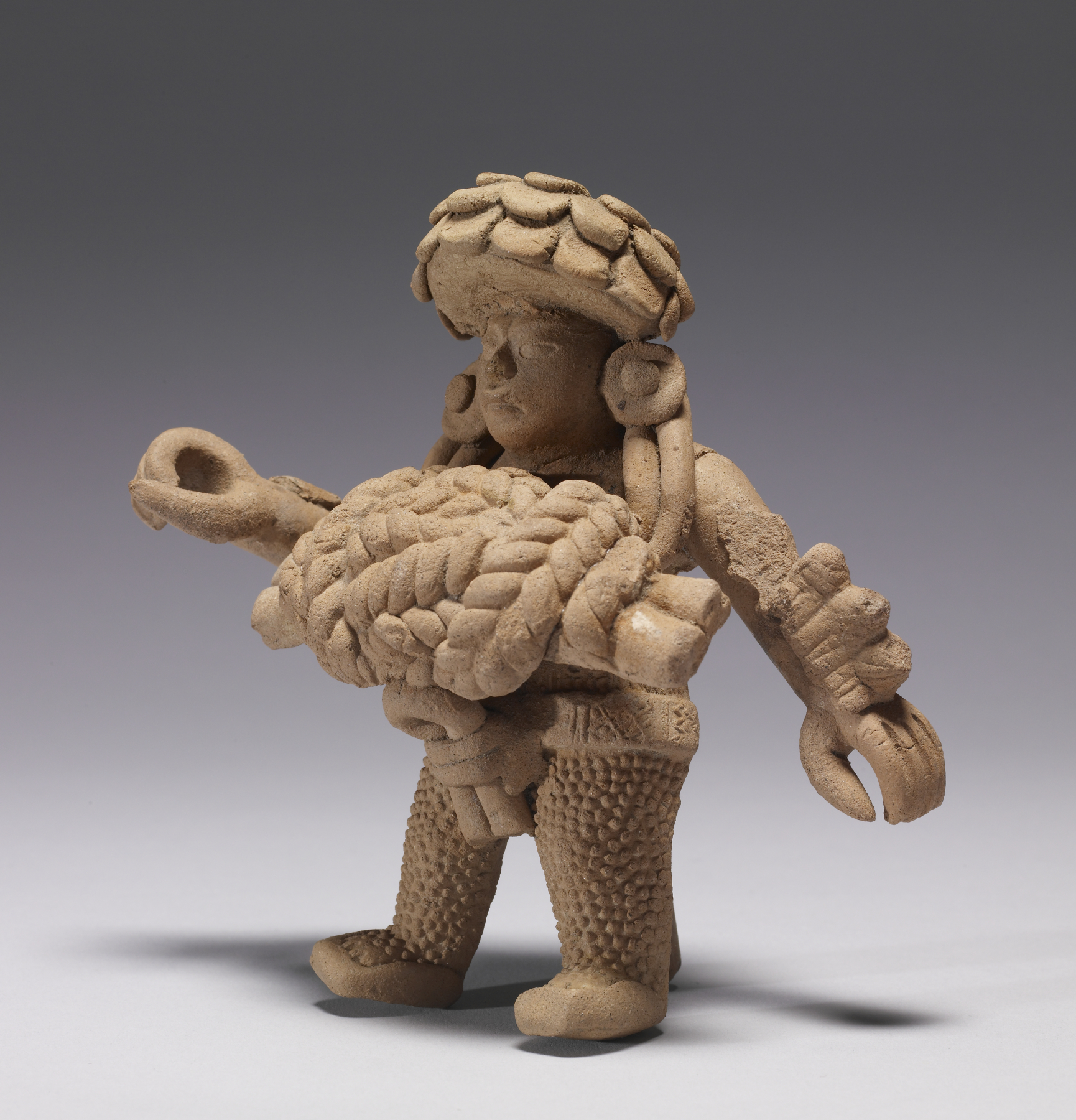 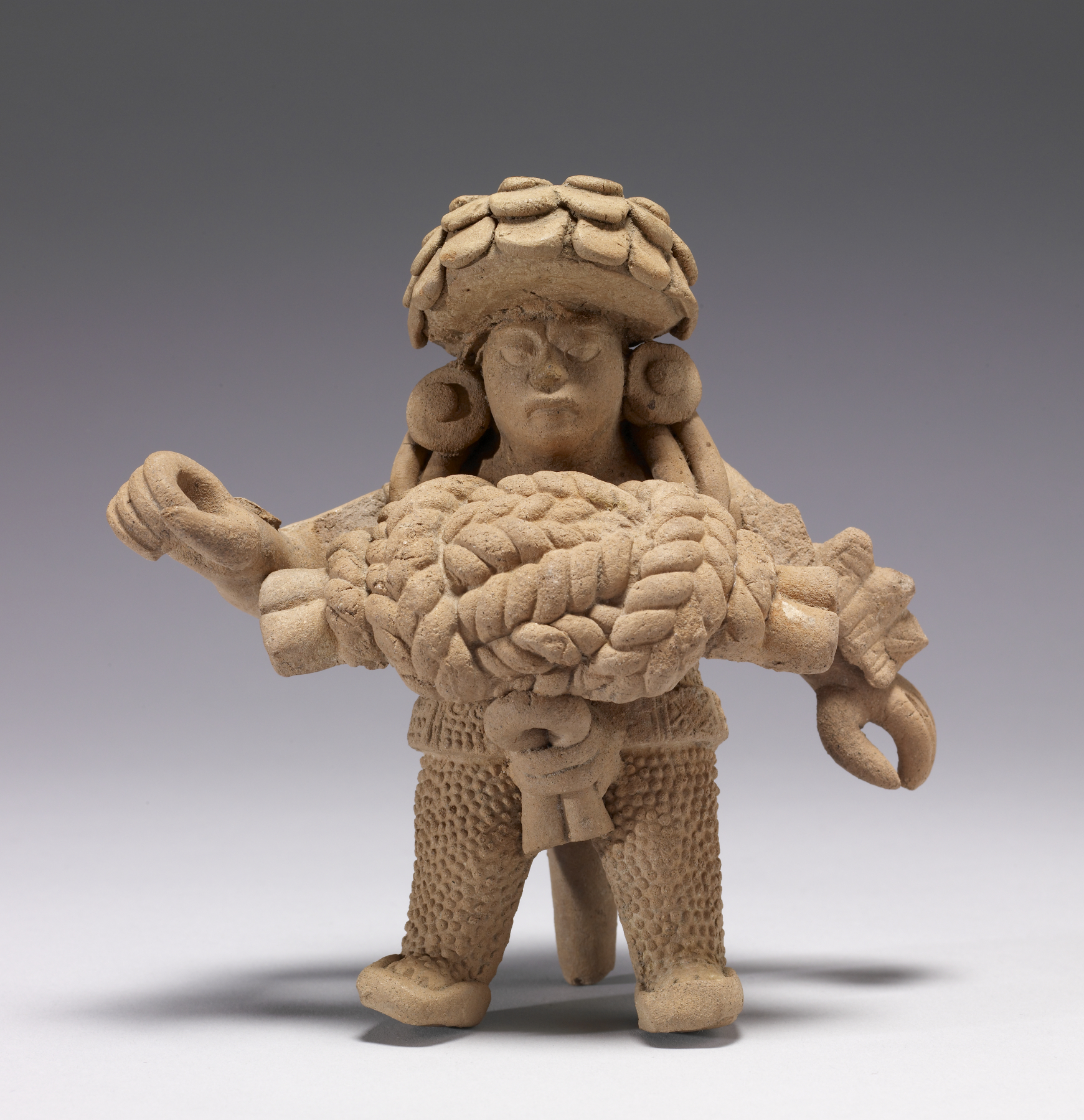 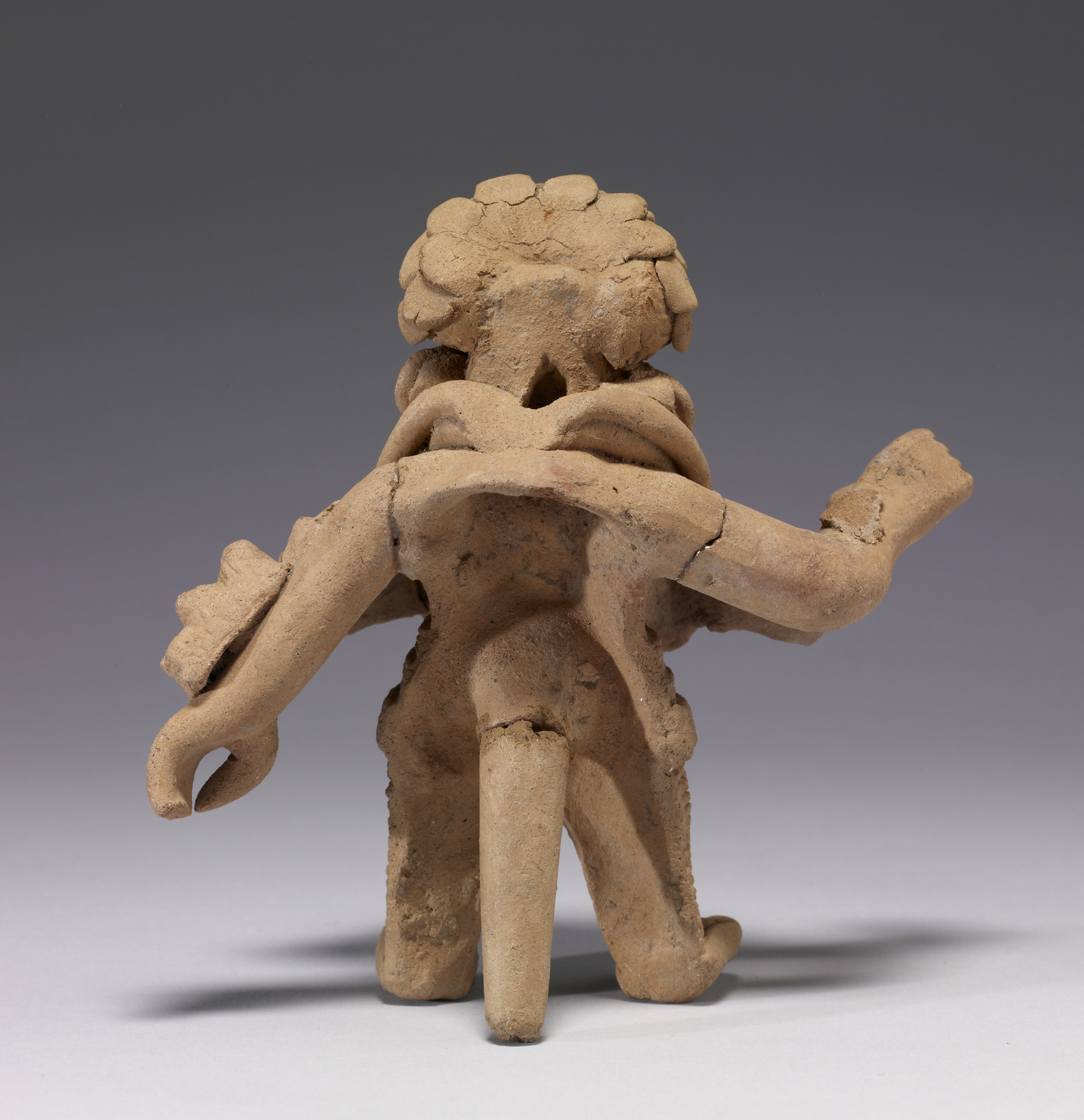 Standing Figure with a Tied-Rope Pectoral

Although several examples of this type of figurine have come to light in recent years, little is known about their function or subject matter. As is typical of the known examples, this piece is made from pressing clay into molds, one each for the body, head, pectoral, and costuming details. The resulting parts are subsequently assembled.

The dotted pattern on the figure's legs is reminiscent of other Mesoamerican renditions of flayed skin, which was occasionally worn in ritual events associated with fertility. Like a seed or an ear of maize, life exists within a dead husk when such a costume was worn, and it thus references the pan-American connection between life and re-birth.

The oversized pectoral, consisting of multiple strands of thick rope, is a common feature to this type of figurine. It has been associated both with rulers and with warriors, yet its meaning remains poorly understood. It is incorporated into Late Classic Maya art at sites nearest to Veracruz, likely reflecting more intensive interaction between these two areas at this time.