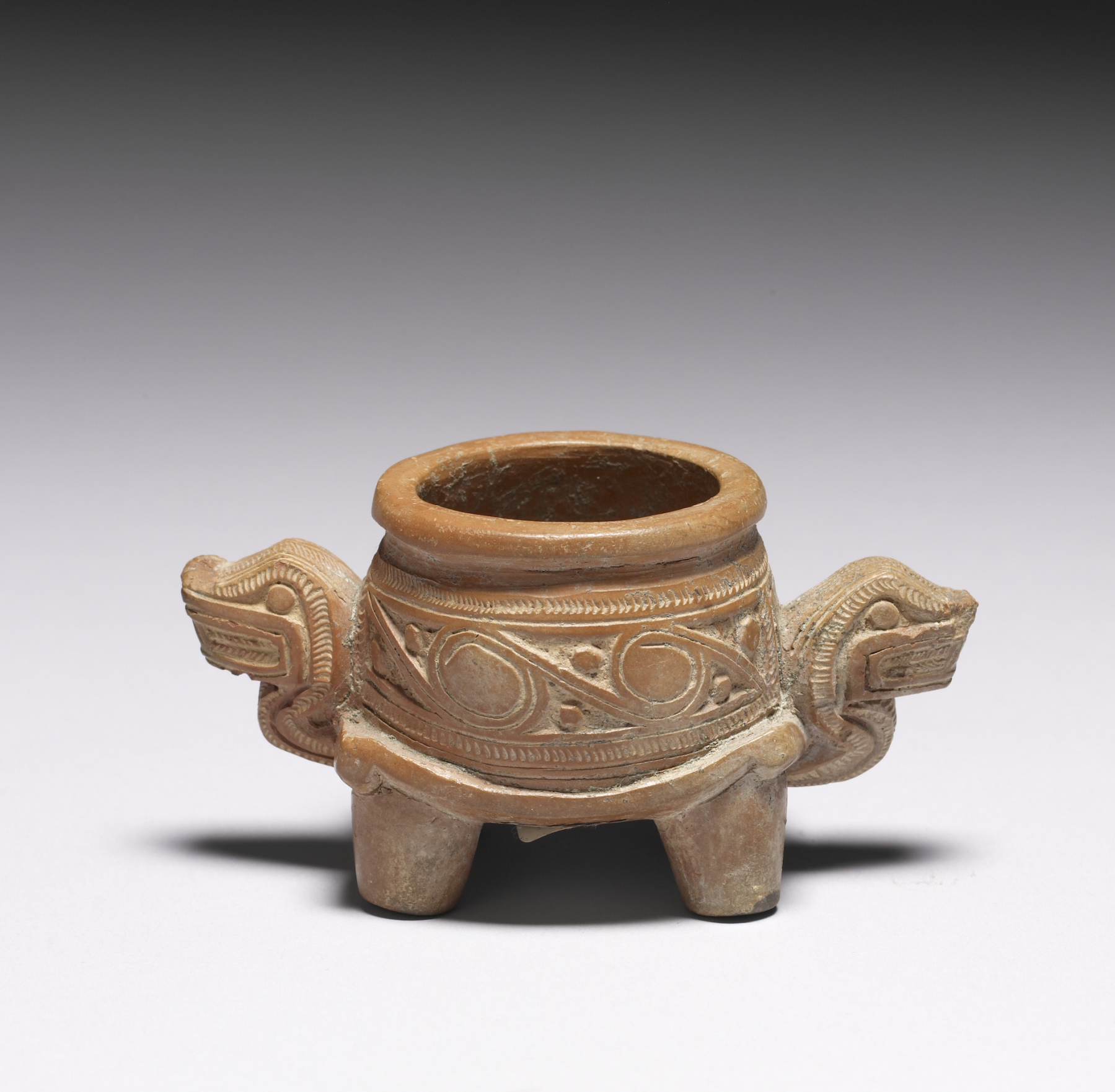 This miniature vessel consists of a small chamber atop four peg feet. Knobs on opposite sides are zoomorphic heads, likely either feline or saurian. The incised ornamentation of the vessel body consists of a percentage-sign-like motif, framed by fine impressed chevron banding motifs also seen in Tairona gold work. This decorative pattern, paired with heads facing opposite directions, is a fairly common motif in late Tairona art. It has been interpreted as a canoe, reflecting the importance of maritime trade among the Caribbean islands and potentially symbolizing a comparable 'mobility' through supernatural realms. As such, it is likely this small vessel was used to hold a hallucinogenic substance, likely in a powdered form.

Stiftung Für Altamerikanischen Kulturen, Zürich, Switzerland, prior to 1979 [deaccessioned in 1992 when the private museum was permanently closed]; Leonard Kalina Fine Arts, Los Angeles, CA, prior to May 24, 2005; Austen-Stokes Ancient Americas Foundation [John Stokes as agent], May 24, 2005, by purchase; Walters Art Museum, 2007, by gift.