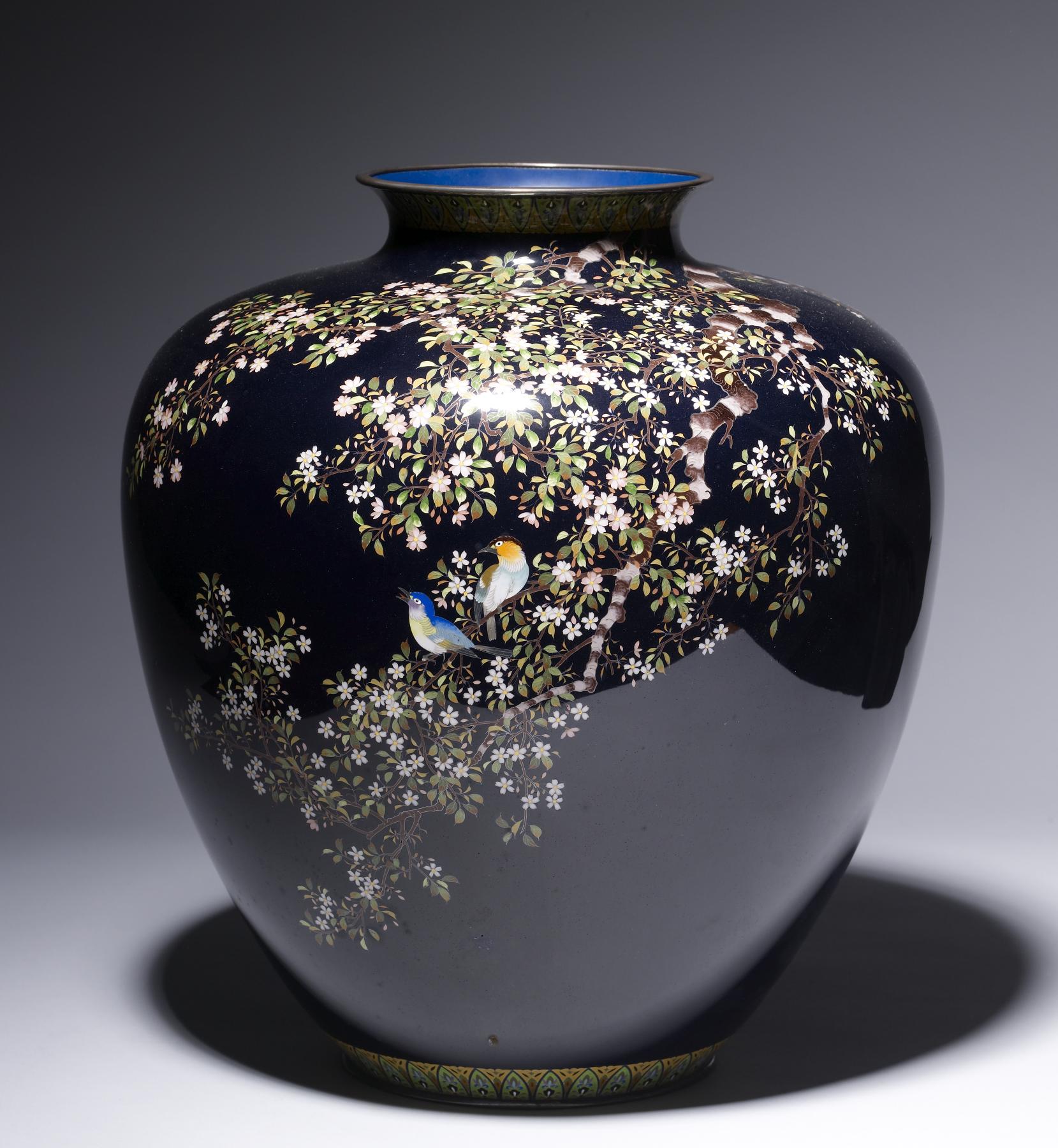 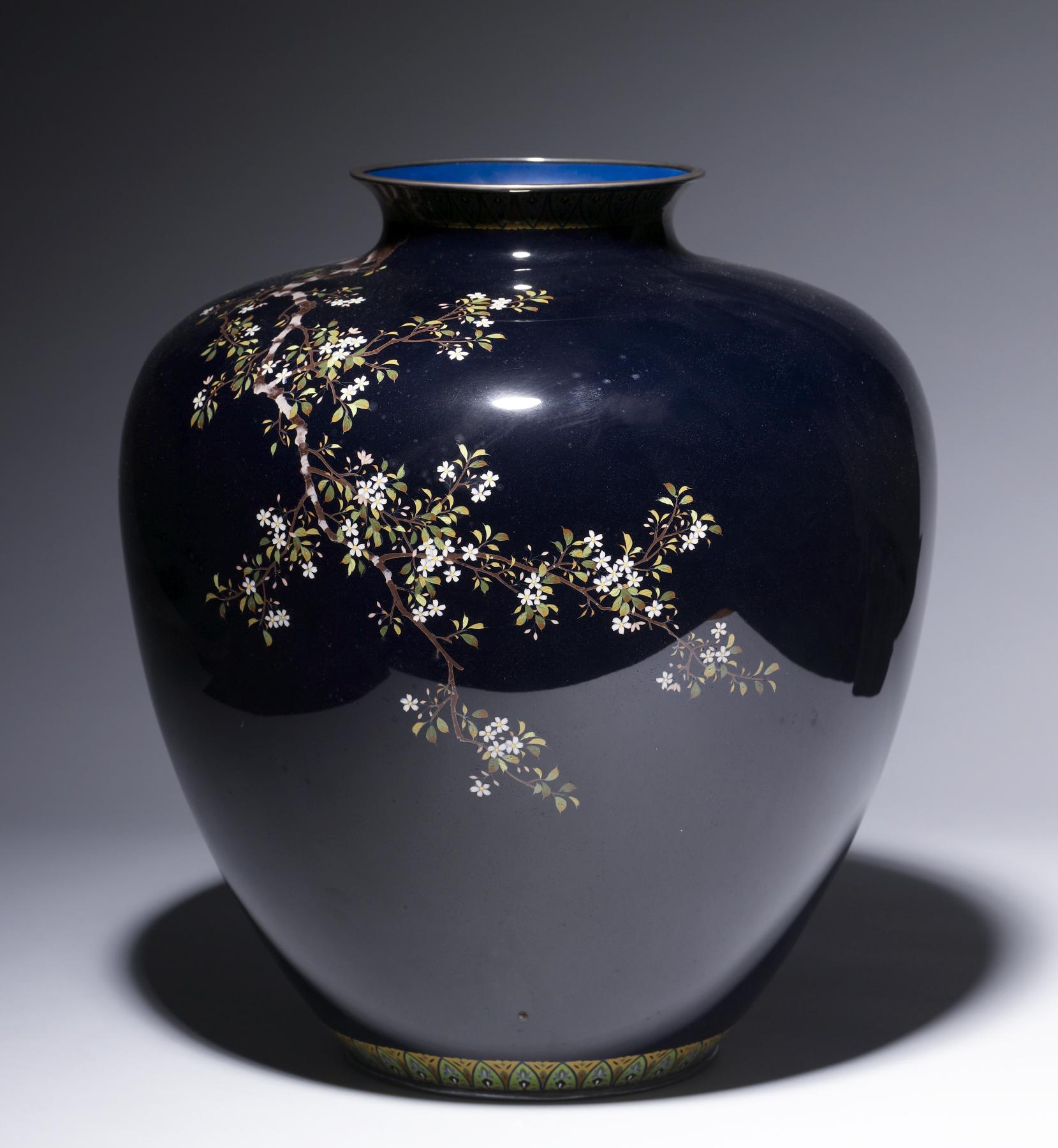 Vase with Flowering Cherry and Birds

This large vase decorated with flowering cherry branches and two small birds is a magnificent example of the work of the Ando Cloisonné Company at about the turn of the 20th century. It reveals the mirror black surface that had become the standard for decorative vases of this type. The motif adorning the swelling body of the vase is a conservative one evocative of the earlier enamels that first came to the attention of European and American collectors during the last three decades of the 19th century.

The border patterns at the foot and around the rim suggest the work of a studio artisan working from a pattern book. These patterns were documented and selected to compliment the more representative designs that form the primary decorative subject. Much like a frame around a painting, the harmony created between the main subject and the borders became an important indication of the relative success of the individual piece.