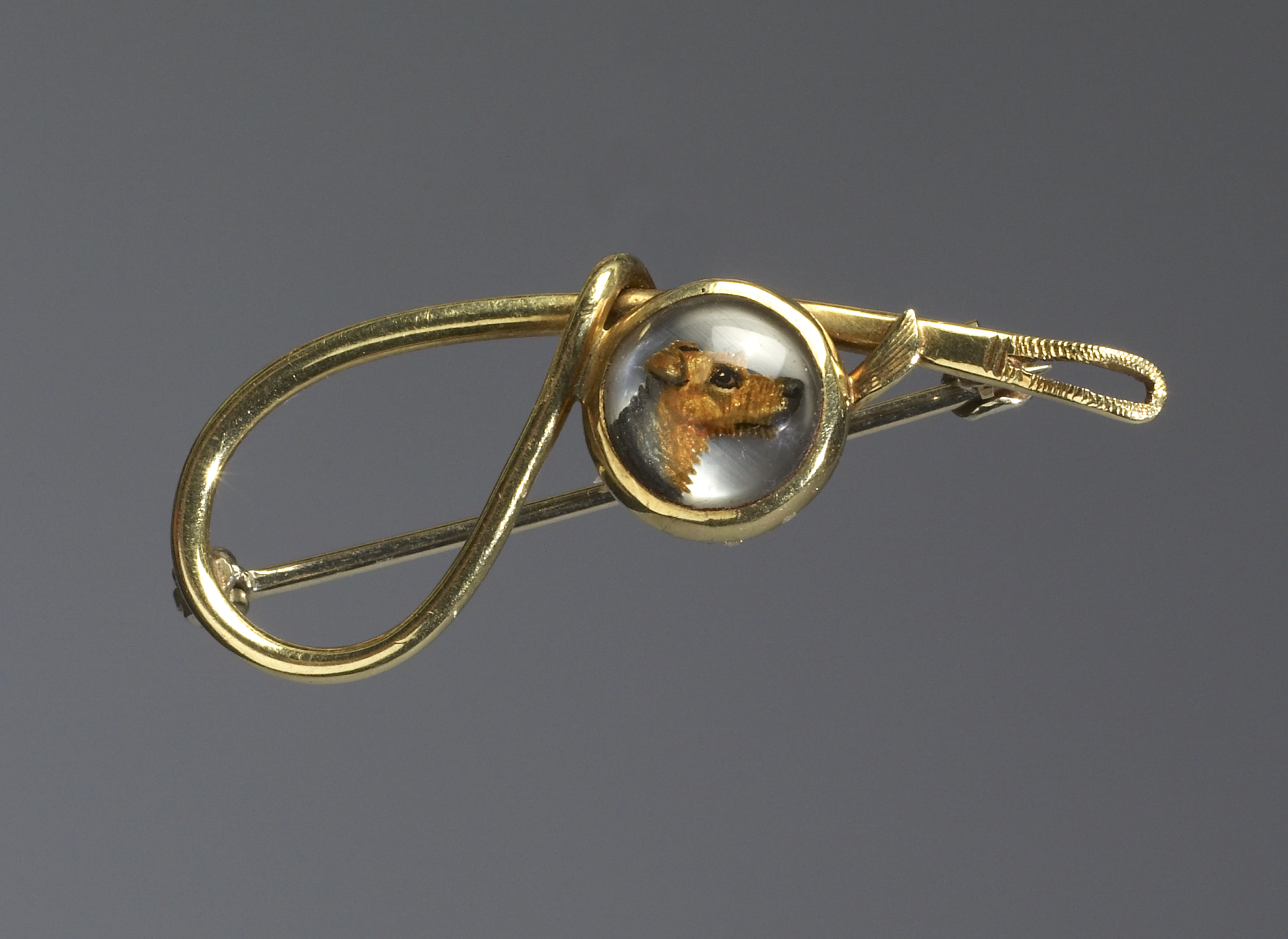 Pin in the Form of a Riding Crop

Reversed intaglio crystals, such as this example which displays the head of a terrier, were popularized in London by Hancock and Co. in the 1860s. Twenty years later, they were introduced in America by Tiffany & Co. Such examples of sporting jewelry are highly popular among collectors.