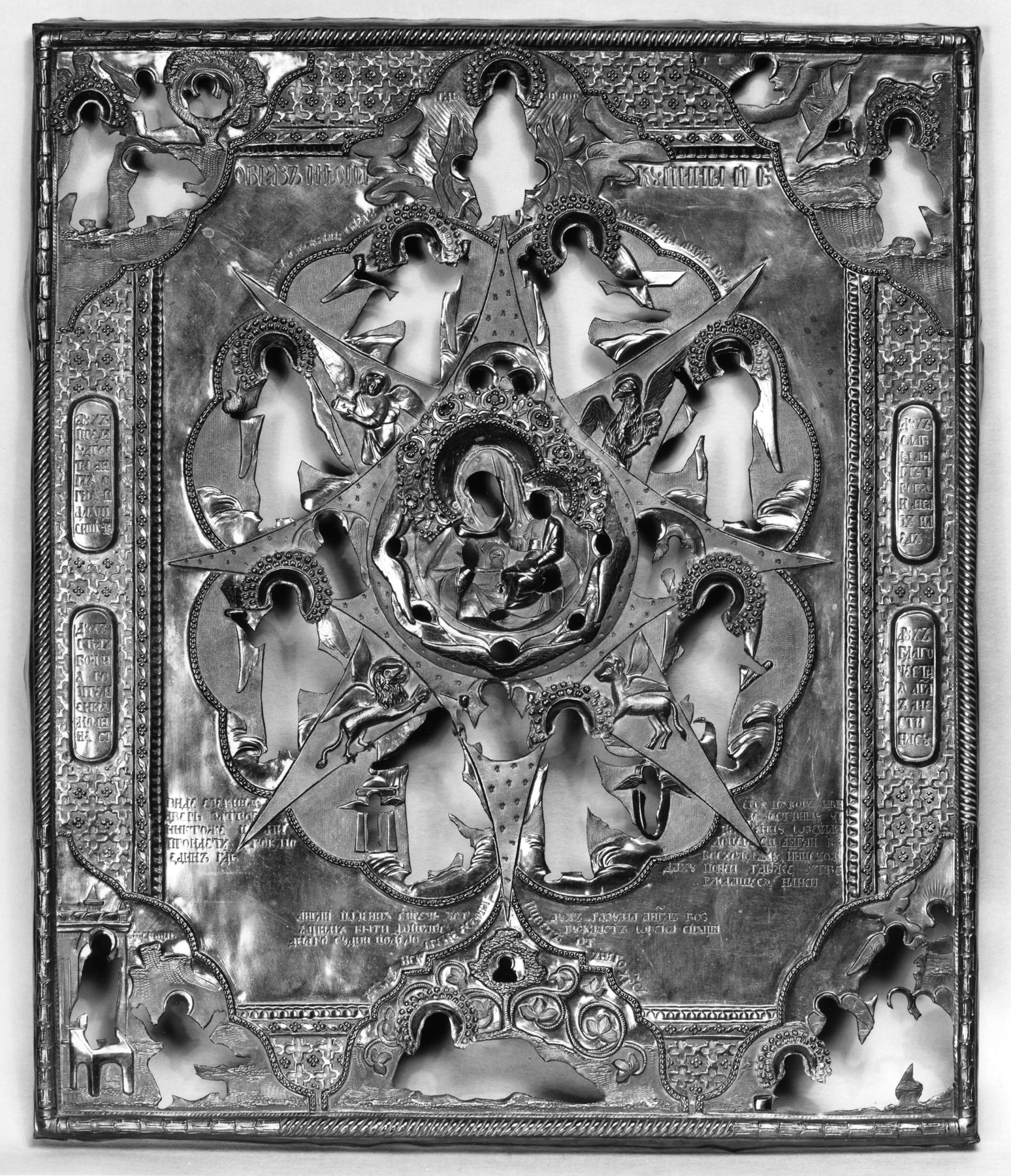 Frame for Virgin of the Burning Bush

This is a late example, very conservative in painting style, of a type of image that was first developed in Russia in the late 16th century. It is primarily based on the Old Testament story in which God revealed himself to Moses in a bush that burned without being consumed by the fire. The Burning Bush was used as a metaphor for the Virgin Mary, who gave birth to a child while retaining her virginity. The Virgin and Christ Child in the center of the panel are surrounded by the symbols of the four evangelists and by angels whom Mary, as the Queen of Heaven, commands. These angels, as the accompanying inscriptions explain, hold sway over various natural elements: wind, fire, ice, darkness, etc. (cf. Hebrews 1:7). Four Old Testament scenes in the corners prophetically refer to the Incarnation: Moses before the burning bush (Exodus 3:2), Isaiah's vision of a cherub holding a coal with tongs (Isaiah 6:6), Ezekiel's vision of a shut door through which the Lord alone can enter (Ezekiel 44:2), and Jacob's dream of a ladder leading to heaven (Genesis 28:12-13). In the frame below is the Virgin's ancestor Jesse, father of King David. 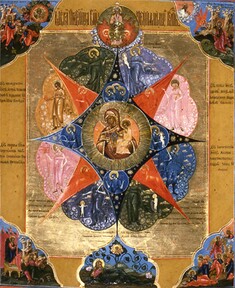 Virgin of the Burning Bush