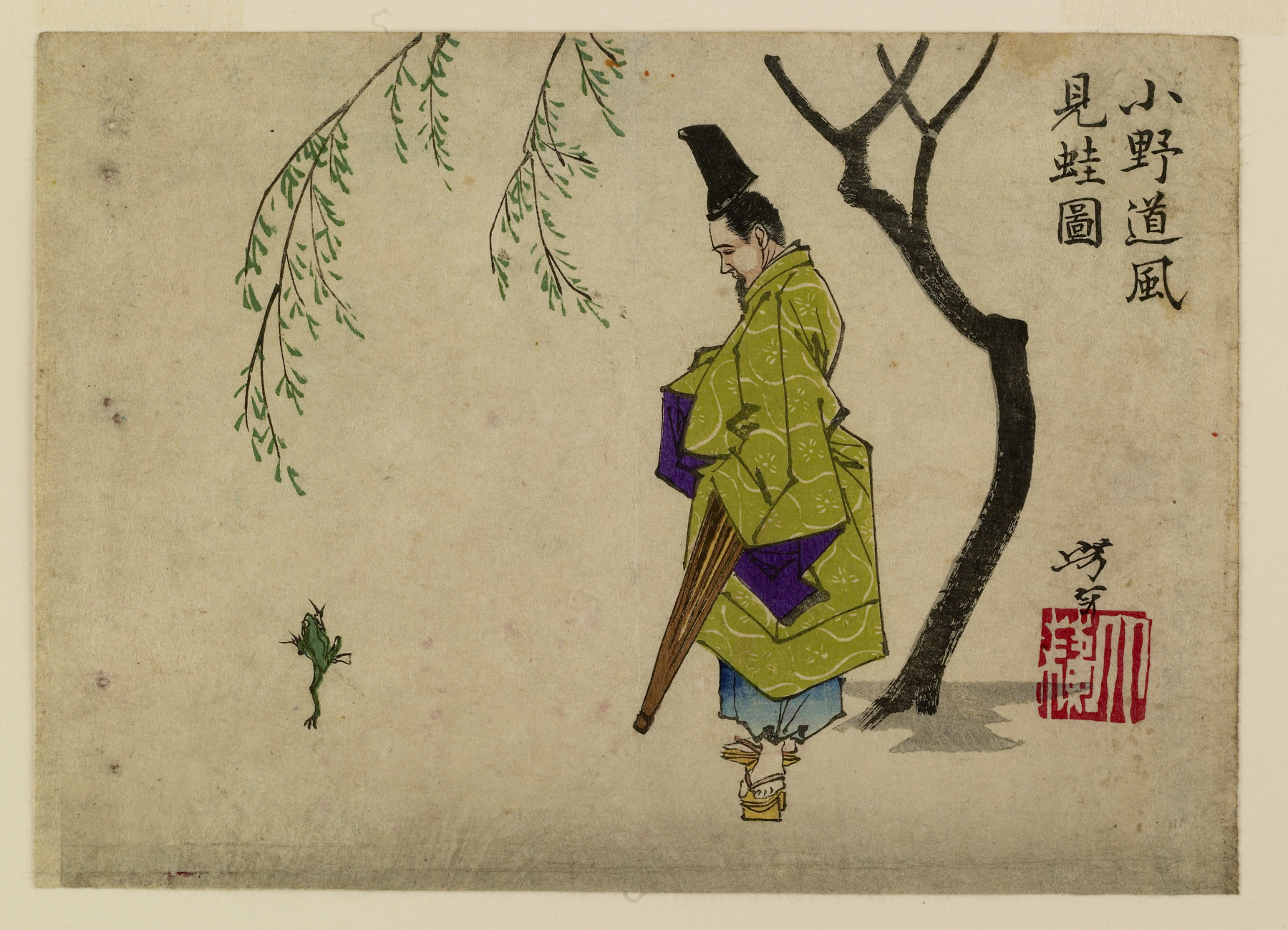 Ono no Tofu, having failed his government promotion exams seven times, watches a frog repeatedly attempt to jump up to a willow branch. When the frog finally makes it on the eighth try Ono no Tofu resolves to try his exams again. His perseverance was rewarded, and he became one of the great Chinese statesmen of the 10th century.

This series of forty half-size prints is made up of subjects from Chinese and Japanese lore. Yoshitoshi drew them in an apparently carefree way, signing each illustration "Yoshitoshi giga"-Yoshitoshi drew for fun. 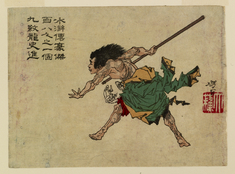 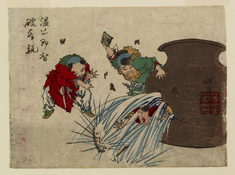