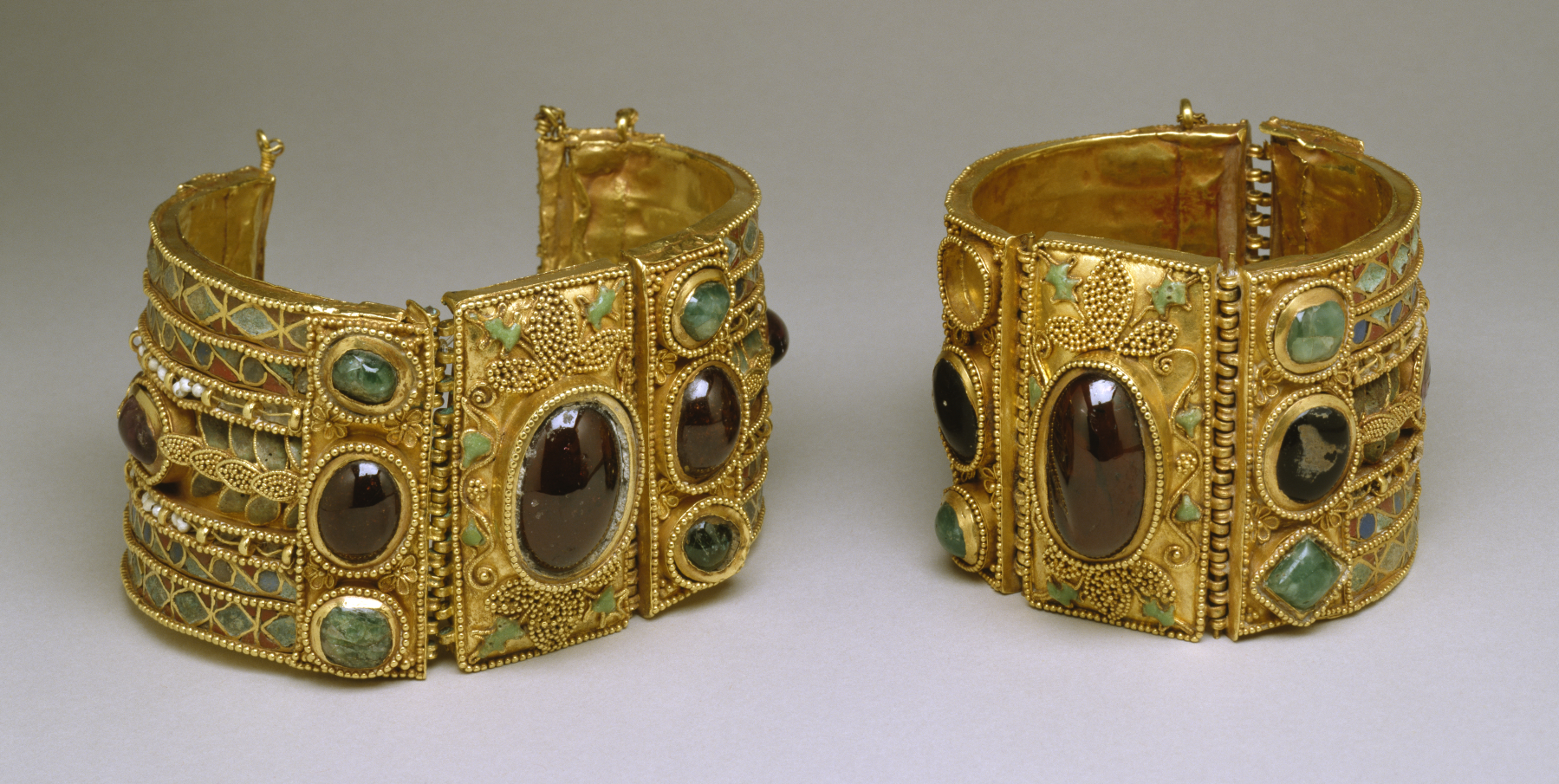 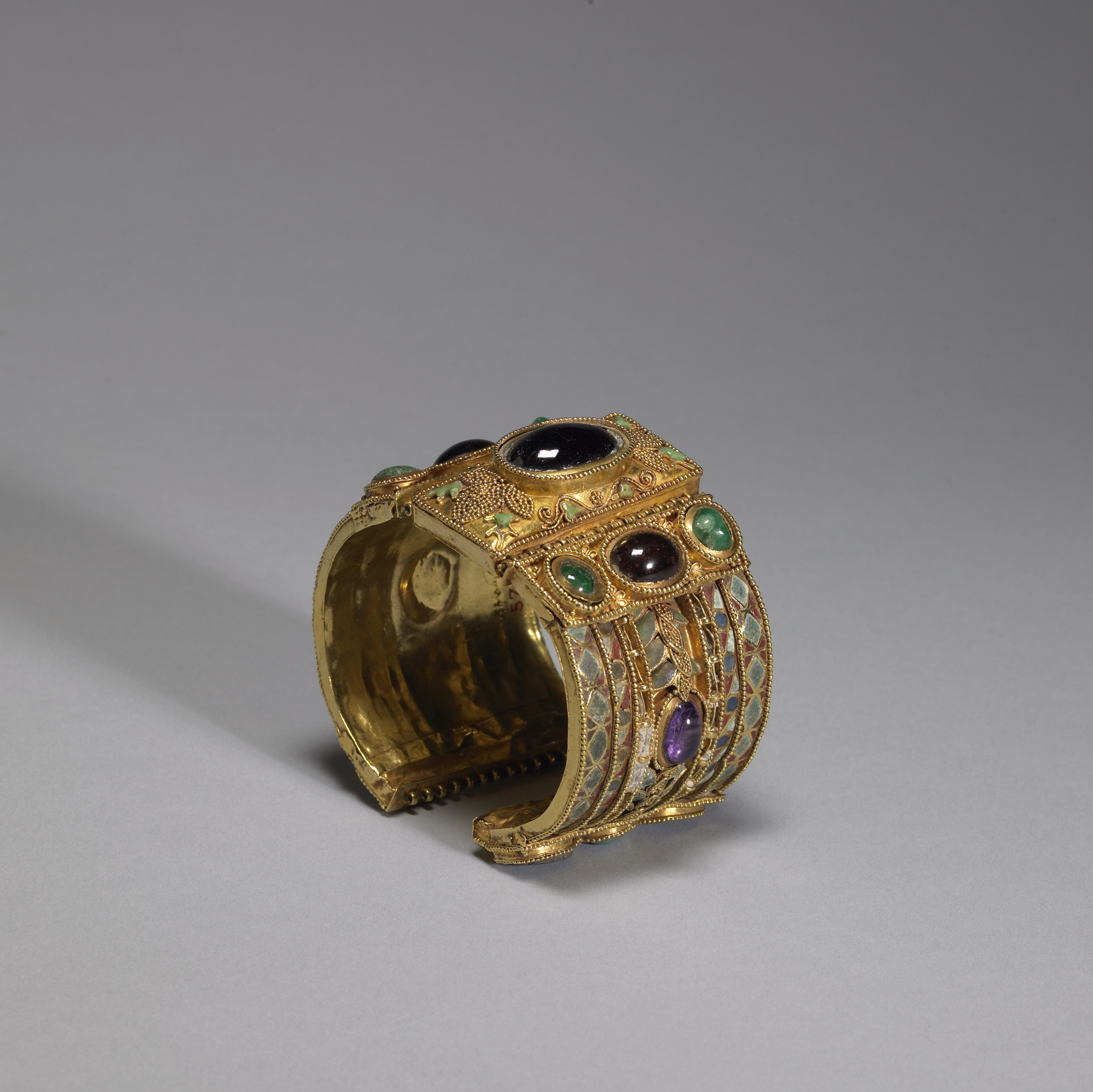 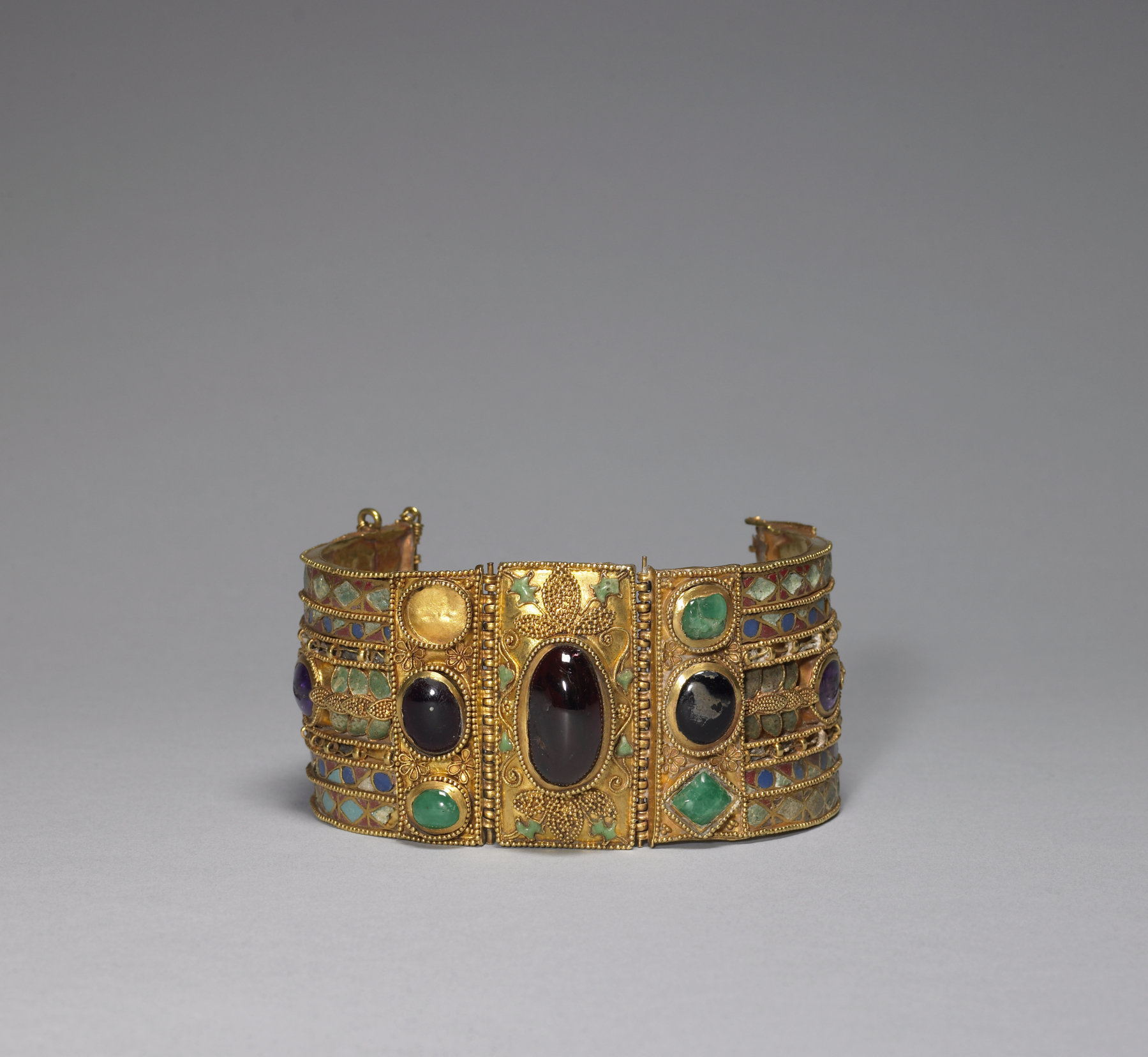 Bracelets from the Olbia Treasure

This outstanding example of jewelry from the 1st-century BCE Greek colonies in the Black Sea region is purported to belong to the famed Olbia treasure, named for the town in present-day Ukraine in which it was discovered at the end of the 19th century. Whether the bracelets, necklaces, earrings, dress ornaments, and other items in the Walters' collection really came from the same tomb remains unclear.

These impressive bracelets have a centerpiece linked by hinges to the two arms. Each bracelet can be closed with a pin that runs through intertwining hoops. The lavish embellishment includes granulation, cloisonné work, and beading as well as multicolored enamel and gemstone inlays in various settings. Using multiple colors and sizes of gemstones became common in Greek jewelry making after the conquest of the East by Alexander the Great (356-323 BCE), which opened up new trade routes and introduced the Greeks to Oriental styles.