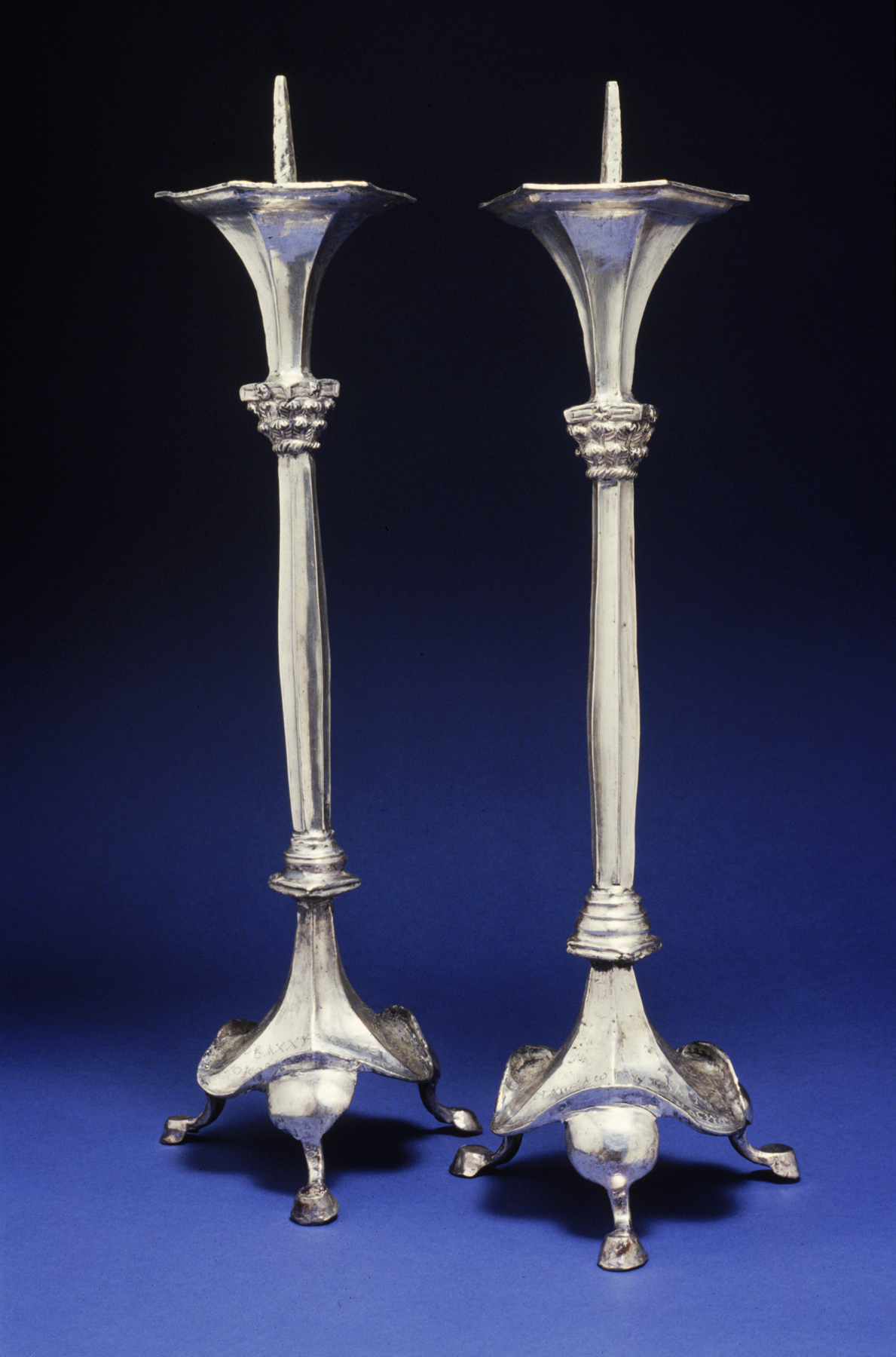 Each of the vessels in this service performed a sacred function in the liturgical service. Lamps, either suspended or placed on stands, illuminated the silver with a soft glow. The lamps burned perfumed oil, which added a heavenly fragrance.

57.635: + Having prayed, Maximinus’ sons Sergius, Symeon, Daniel, and Thomas [from the] village of Kaper Koraon presented their prayer to the [Church] of Saint Sergius and Bacchus.