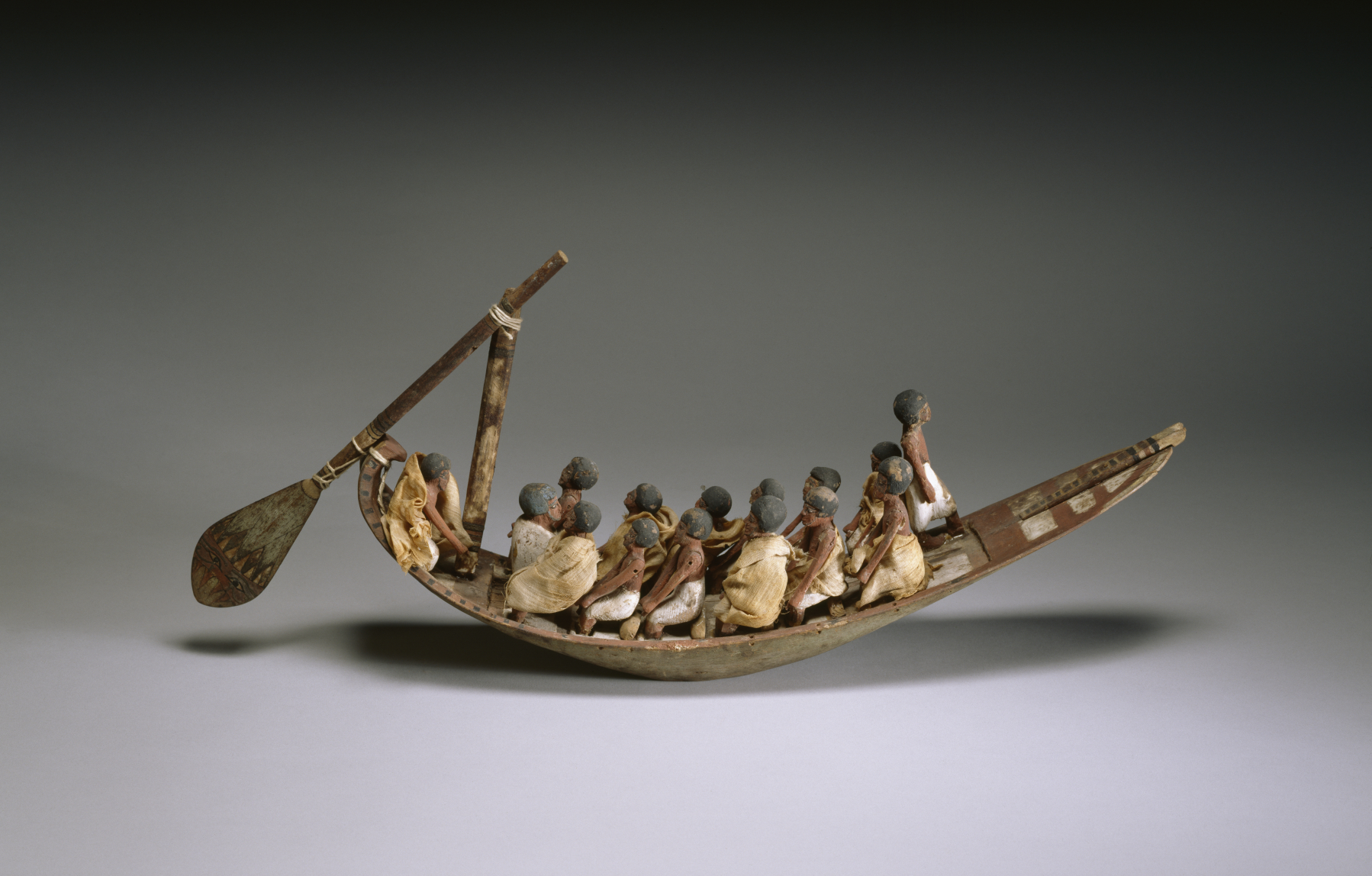 Model of a River Boat

Twelve oarsmen, a helmsman, and a pilot, or look-out, ferry their passenger, the tomb-owner. Such models were associated with religious beliefs, as they symbolized the journey of the deceased to Abydos, the traditional burial place of Osiris, lord of the afterworld. The tomb-owner is clothed with a shroud and is shown with a blue beard. This boat was probably placed in the tomb to assist the deceased in navigating the Nile of the underworld. Typically, models of passenger ships found in Middle Kingdom tombs occur in pairs. One to travel south, equipped with a sail, as the wind in Egypt blows constantly from north to south, and the other (as this model shows) propelled by rowers aided by the Nile's current, to travel north.