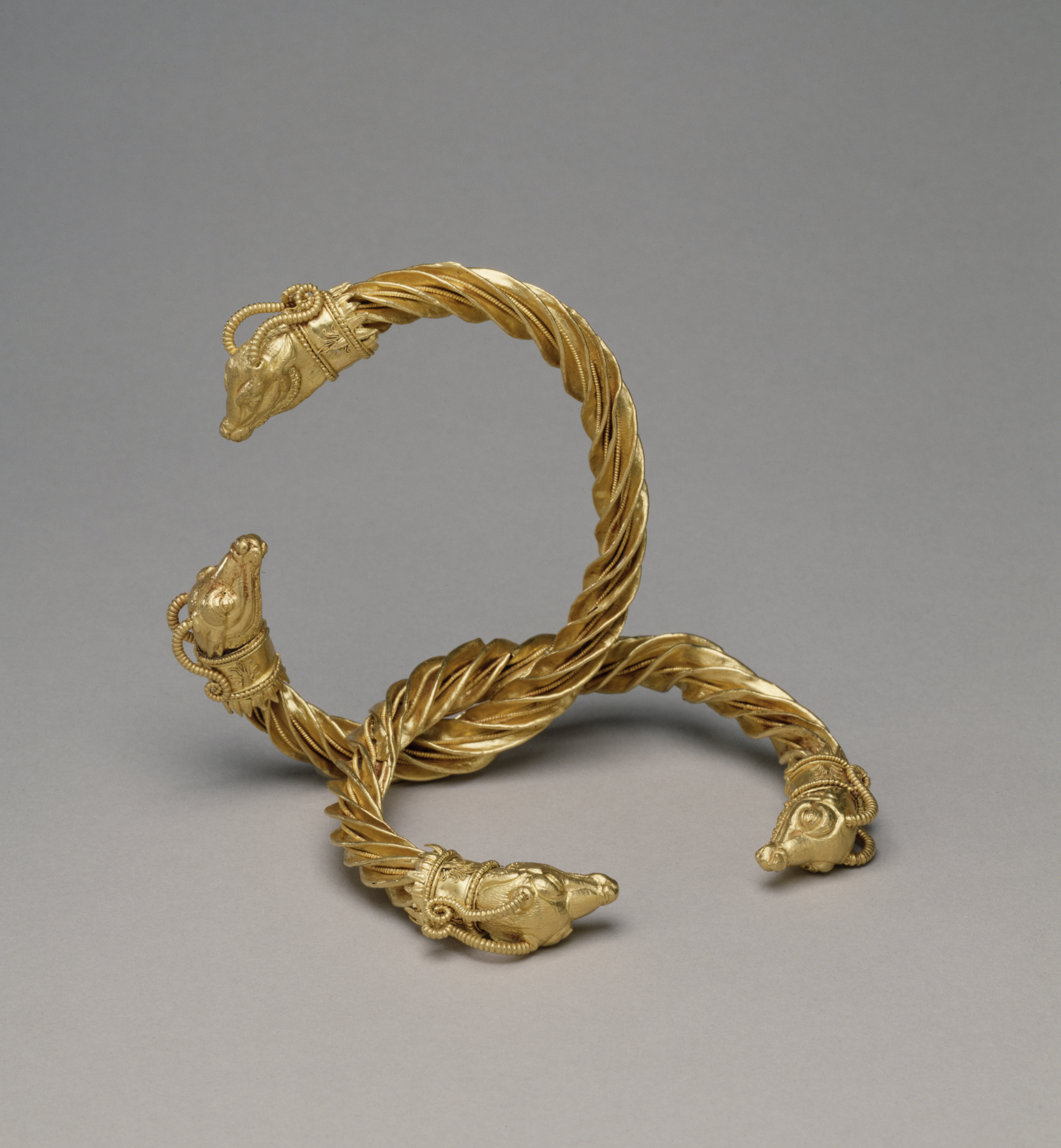 Pair of Bracelets with Antelope-Heads

Penannular bracelets with animal-head terminals first developed in Achaemenid art and became popular in Greece during the 5th century. The hoops are more ovoid than circular, complementing the shape of the wrist; some are of solid gold, others, like this pair, are folded and twisted hollow tubes. Lion heads are the most common motifs in these bracelets, but antelope heads and, during the Hellenistic period, hound and lynx heads appear as well.

Although such bracelets were also worn by men, this intricate pair likely belonged to a woman; the two bracelets were reportedly found along with distinctively feminine jewelry, now in the Metropolitan Museum of Art, New York.