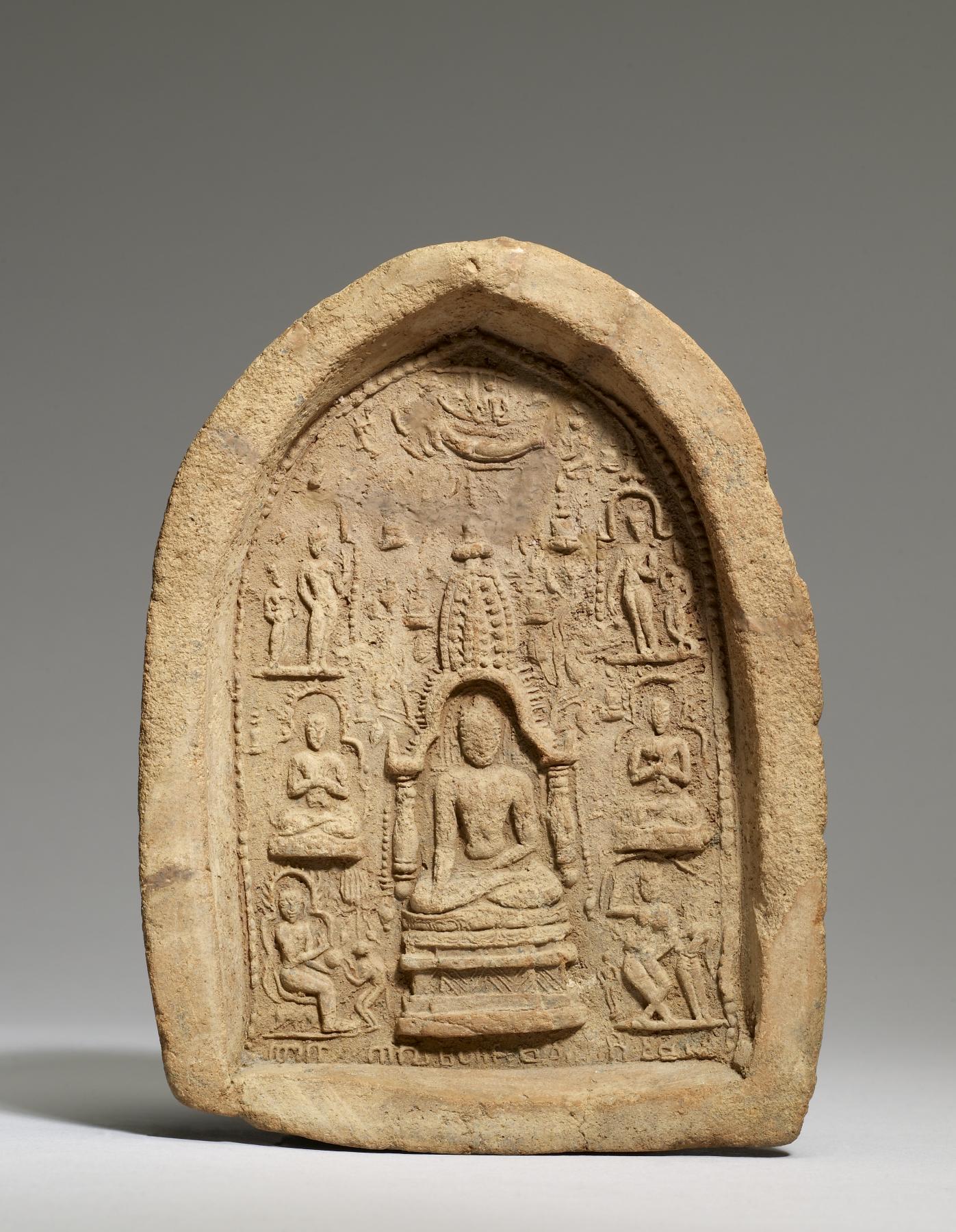 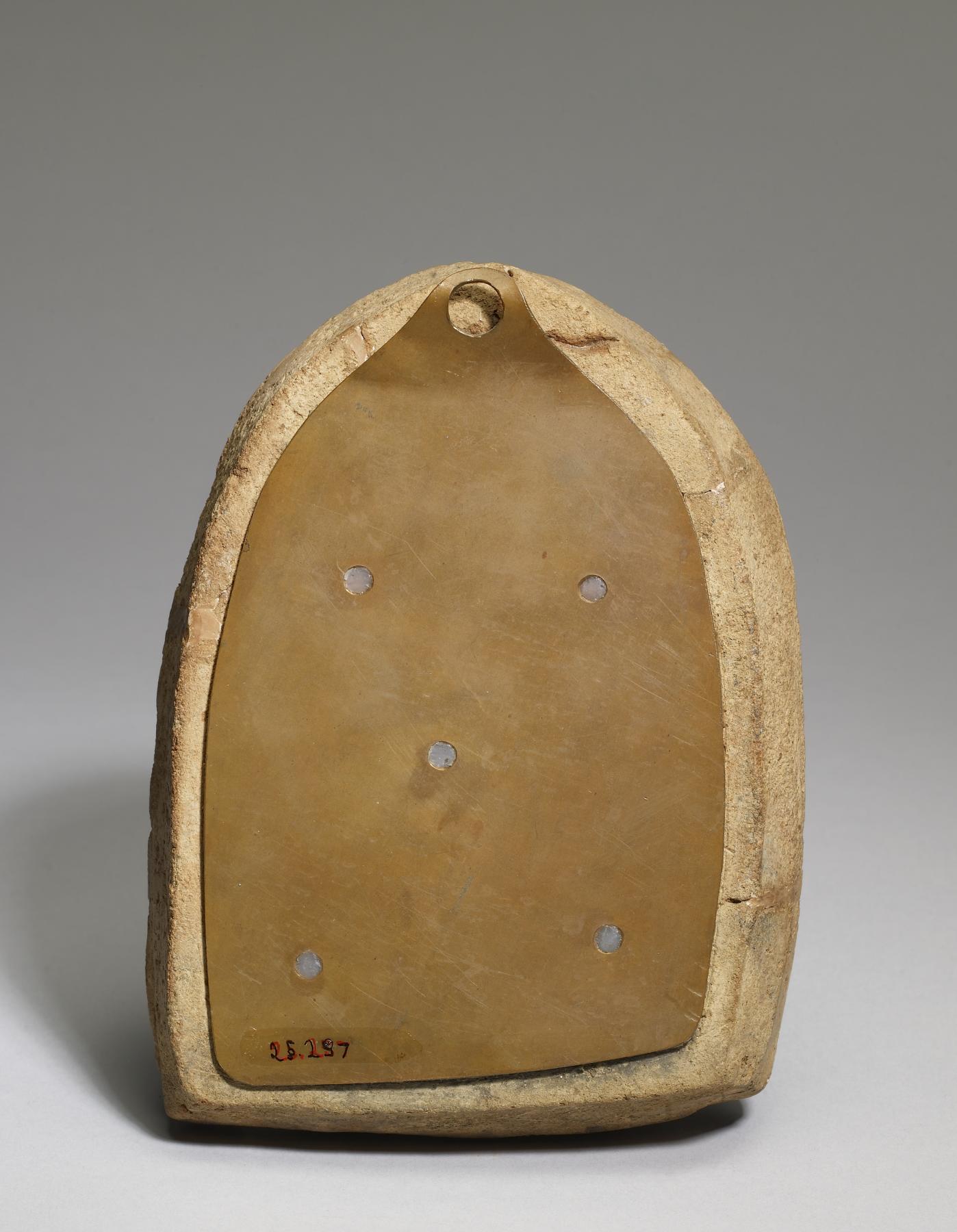 Buddha at the Mahabodhi Temple

This small plaque depicts the historical Buddha Shakyamuni seated with his right hand lowered to touch the ground. This is a depiction of the moment of his enlightenment at a place now revered as the Mahabodhi temple in Bodh Gaya, India. The legend of the Buddha's enlightenment involves his long struggle to find the middle path, to embrace the eight prescriptions for virtuous living, and finally his overcoming the temptation by the demon Mara. Seven scenes from the Buddha's life documenting his journey along the path to this climactic moment are arrayed around the large image of the seated Buddha. By touching the ground, the Buddha called upon the earth itself to testify to his enlightened state. Following this triumph, the Buddha would commence his lifetime of preaching the secrets of a virtuous life to all who would hear his words. Along the bottom of the impression, a line of as yet un-deciphered Mon script likely offers a Buddhist invitation to follow the Buddha's path. The scene serves as a kind of memento recalling this supremely important moment in the Buddha's exemplary life.

Plaques and of other votive objects depicting this scene were produced in large numbers at Bodh Gaya and were likely sold as souvenirs to pilgrims visiting the site. During the reign of the Buddhist Pala Kingdom (8th-12th century) in the Bengal and Bihar regions of India, portions of Sikkim, Nepal and virtually all of Bangladesh, this type of terracotta plaque was produced at many Indian locations. Some of these plaques must have accompanied pilgrims from Bodh Gaya back to temples in Pagan. The Burmese form of the Mahabodhi Temple plaque was based quite closely on the Pala model, but they are most often incised on the back with the names of royalty, and were then offered as sacred deposits in stupas and temples. The plaques served the dual purposes of creating merit for the donors and keeping alive the message of the Buddha as the religion was actively disappearing in India. With plaques like this one, the site of the Buddha's triumph was mystically carried to Burma where the religious traditions survived long after falling from prominence in the land of its origin.

Gift of the Estate of Henry Ginsburg, 2008