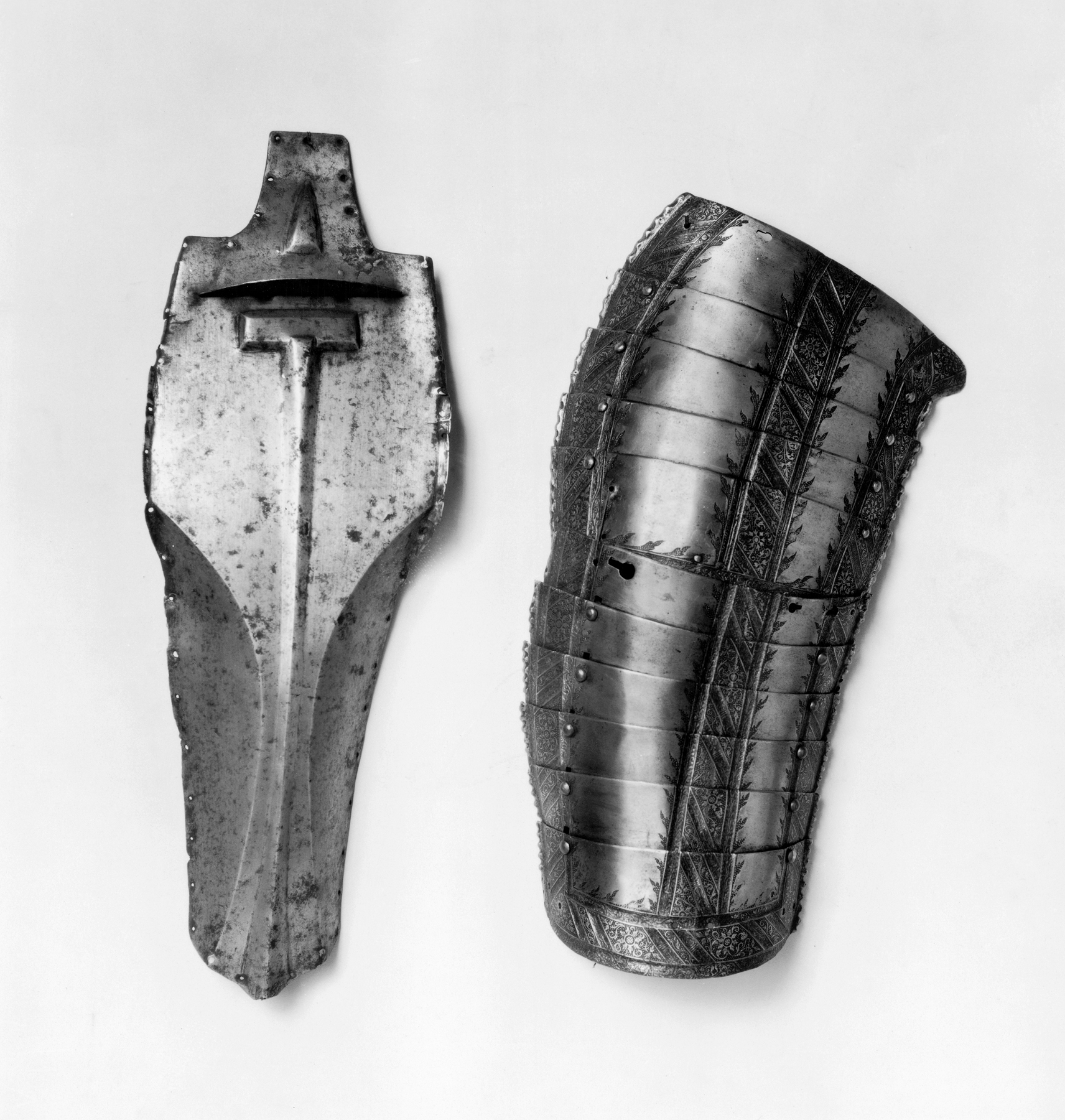 This right tasset (hip and thigh defense) with virtuoso detailing is from an armor of Wilhelm V, duke of Jülich, Cleve, and Berg (1516-92). His sister Anne married Henry VIII of England (and survived!), and, in 1546, he married the sister of Archduke Ferdinand and the future Emperor Maximilian II. In recognition of this family tie and Wilhelm's prowess in battle, an armor of his was displayed by Archduke Ferdinand in his Hall of Heroes, part of his collection of arms and armor in Ambras Palace near Innsbruck, Austria.

Grosschedel was from a family of armorers who worked for the English and Spanish courts as well as for important clients around Europe.