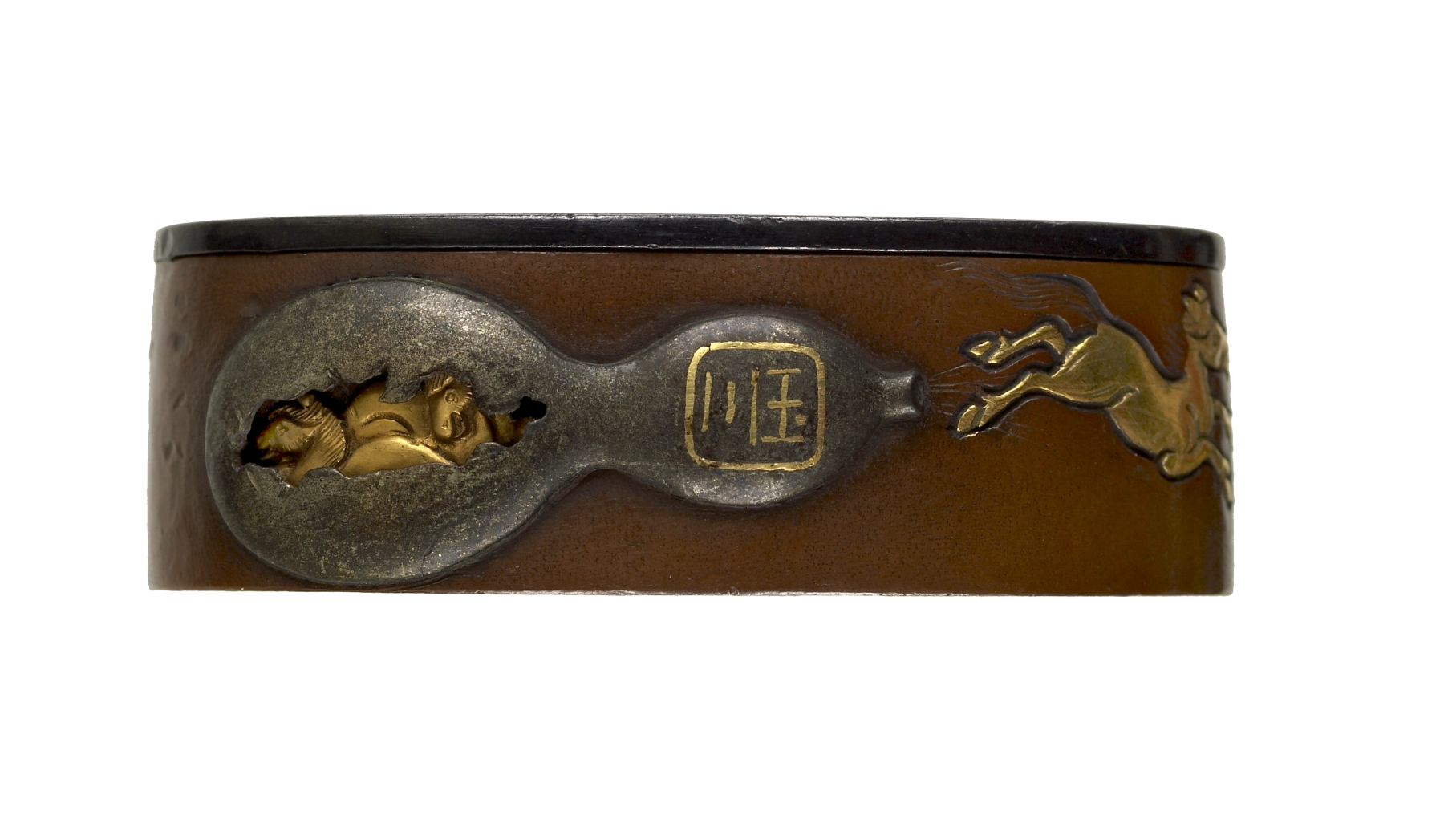 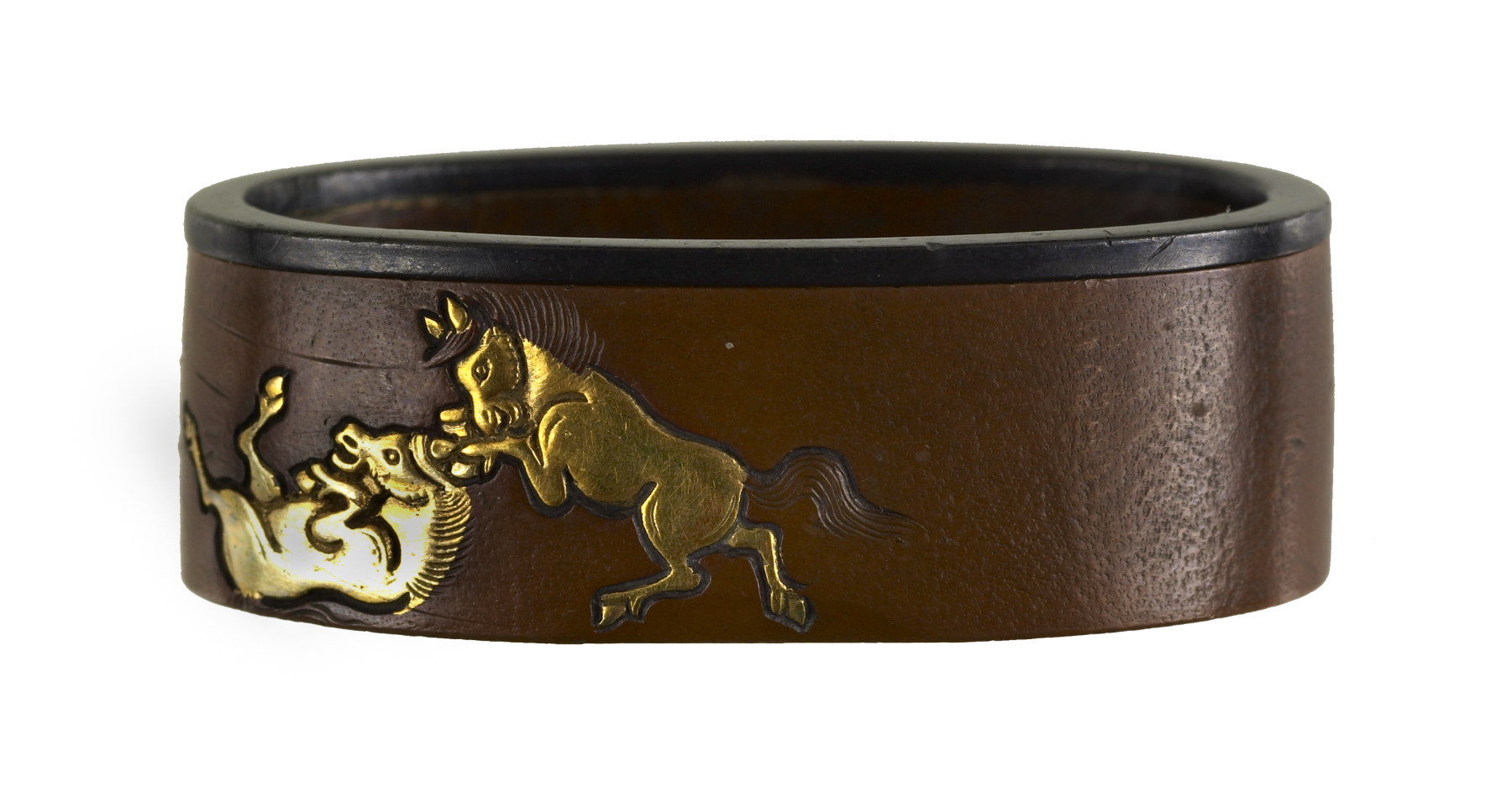 Fuchi with Horses Emerging from a Gourd

A silver gourd is depicted in relief on the side of the fuchi. The side of the gourd is cut open to show three gold horses inside. Three horses are also shown having emerged from the gourd; one on the front and two on the reverse. This is an illustration of the idiom "like a horse coming out of a gourd," which is used to describe unexpected things. The saying may have developed from stories of the Chinese immortal Chokaro (Ch. Zhang Guo [Chang Kuo]) who carried his magical mule in a gourd. It is part of a set with Walters 51.971. 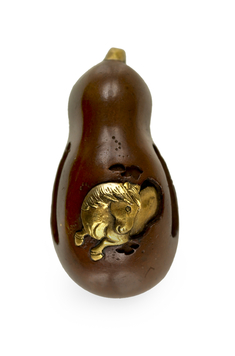 Kashira with a Gourd and a Horse