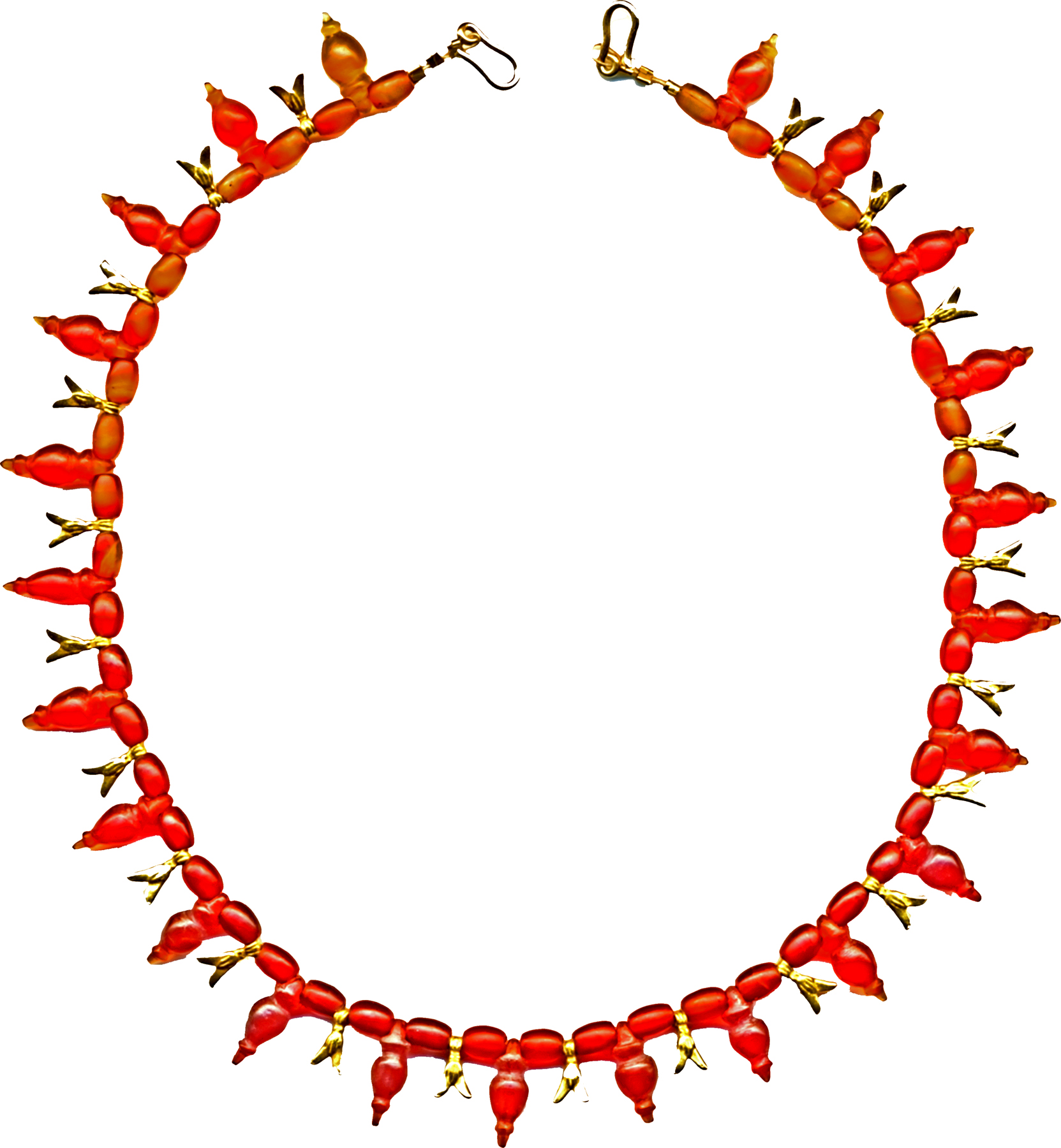 The necklace consists of 46 ovoid carnelian beads, 23 cornflower pendants with integrated loop on the top, and 22 fly shaped pendants with loop attached to the heads. The necklace is restrung, and contemporary clasps and a chain attached.

Similar necklaces have been excavated in Egyptian and Nubian tombs. Cornflower pendants are known in ancient Egypt from the New Kingdom, and although the blossom of the real flower is blue, the Egyptian jewelry makers created them from all different kinds of materials and in different colors. Cornflowers were not endemic in Egypt, and most probably brought under king Thutmose III from Syria to Egypt. Immediately they became popular, and appear in flower bouquets, floral mummy ornamentations, and they were also regenerative symbols in any kind of daily and afterlife ornaments.

Fly pendants are known in ancient Egypt from Predynastic times through the late New Kingdom. They had an amuletic function, and were probably thought to frighten away not only real flies, mosquito, and other insects, but also different kinds of evil, including enemies. Therefore, a necklace of large golden flies was one of the most desired gifts of honor, which high ranking military persons could receive from the king. The smaller version of golden flies, were used by men and women as protective jewelry, and were also placed in tombs for the deceased.