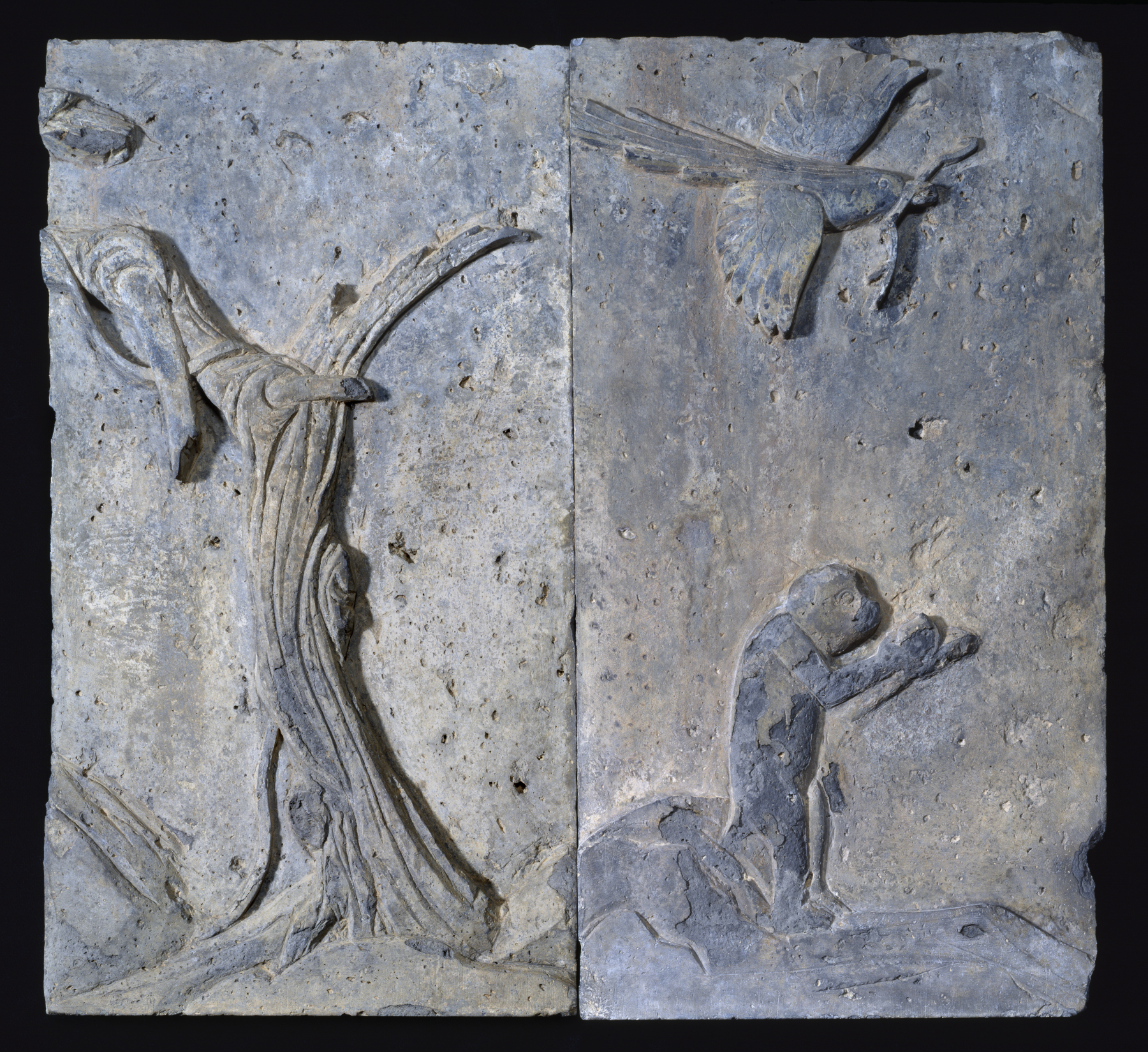 Architectural Panels with Scenes from a Bodhisattva Legend

Chinese (Artist)
terracotta or tufa, with traces of white
(China )

These panels, carved in low relief, must have originally adorned a Buddhist structure, perhaps a pagoda somewhere in northernmost China. The Walters owns fifteen panels; there are likely to have been many more at the original site, but no others have yet been identified, nor has the structure they covered been located. The reliefs may have been made in territories ruled by the non-Chinese Liao [Liao] dynasty.

They depict Pratyekabuddha, one of 500 non-teaching independent Buddhas residing on a mountainside. According to a story in the Asokavadana, the sight of the 500 Pratyekahbuddhas engendered faith in a monkey, who made an offering to them of "withered leaves, roots, and fruits." Later, the Pratyekabuddhas is shown; he appears to be already dead, though the monkey does not realize it.