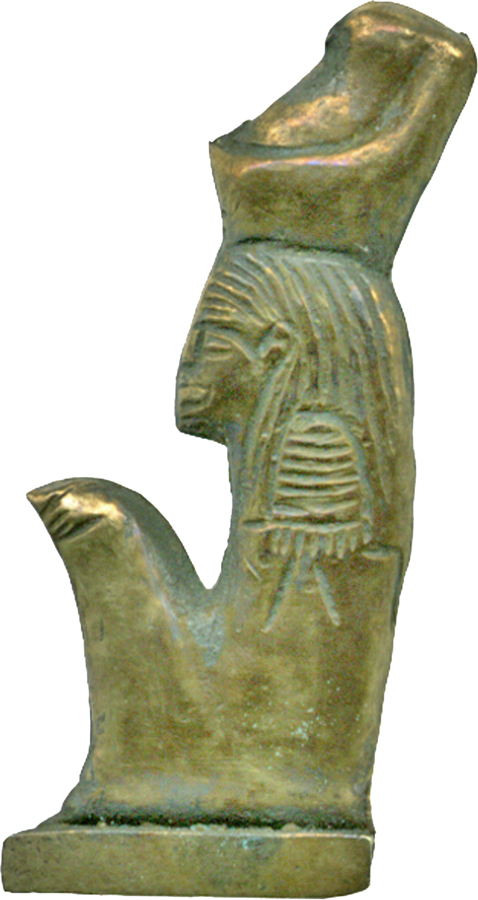 An amulet made of pale sheet gold representing a cloaked figure seated with knees drawn up. The figure wears the double crown (of Upper and Lower Egypt) over a long wig. A short sleeve is shown between the flaps of the wig. The flat piece appears to have been worked in a mold with the details of the face, hands, and hair later chased. The base to which the figure is attached is solid gold. A loop for suspension is attached behind the crown. This probably existed during the 30th Dynasty-Ptolemaic Period.