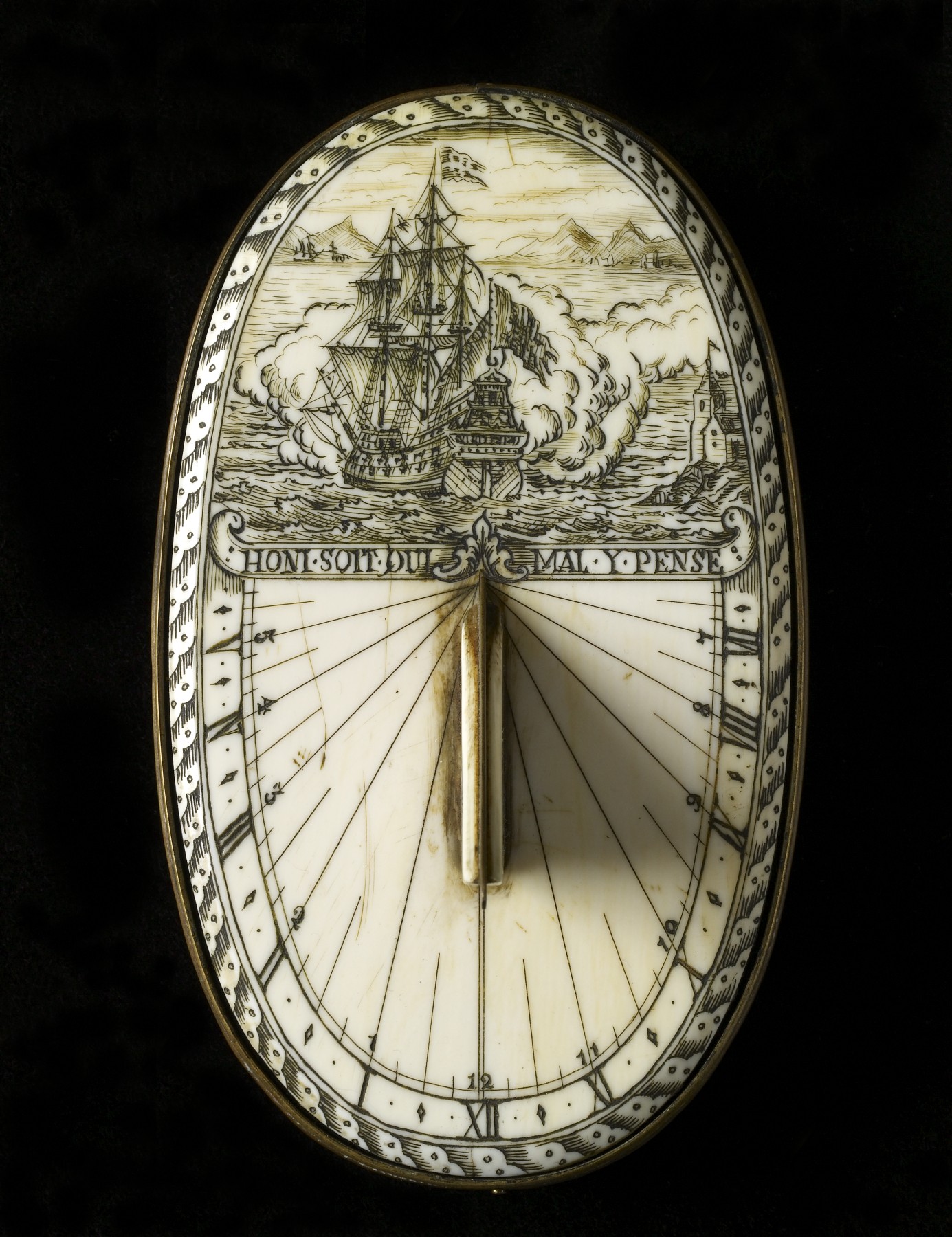 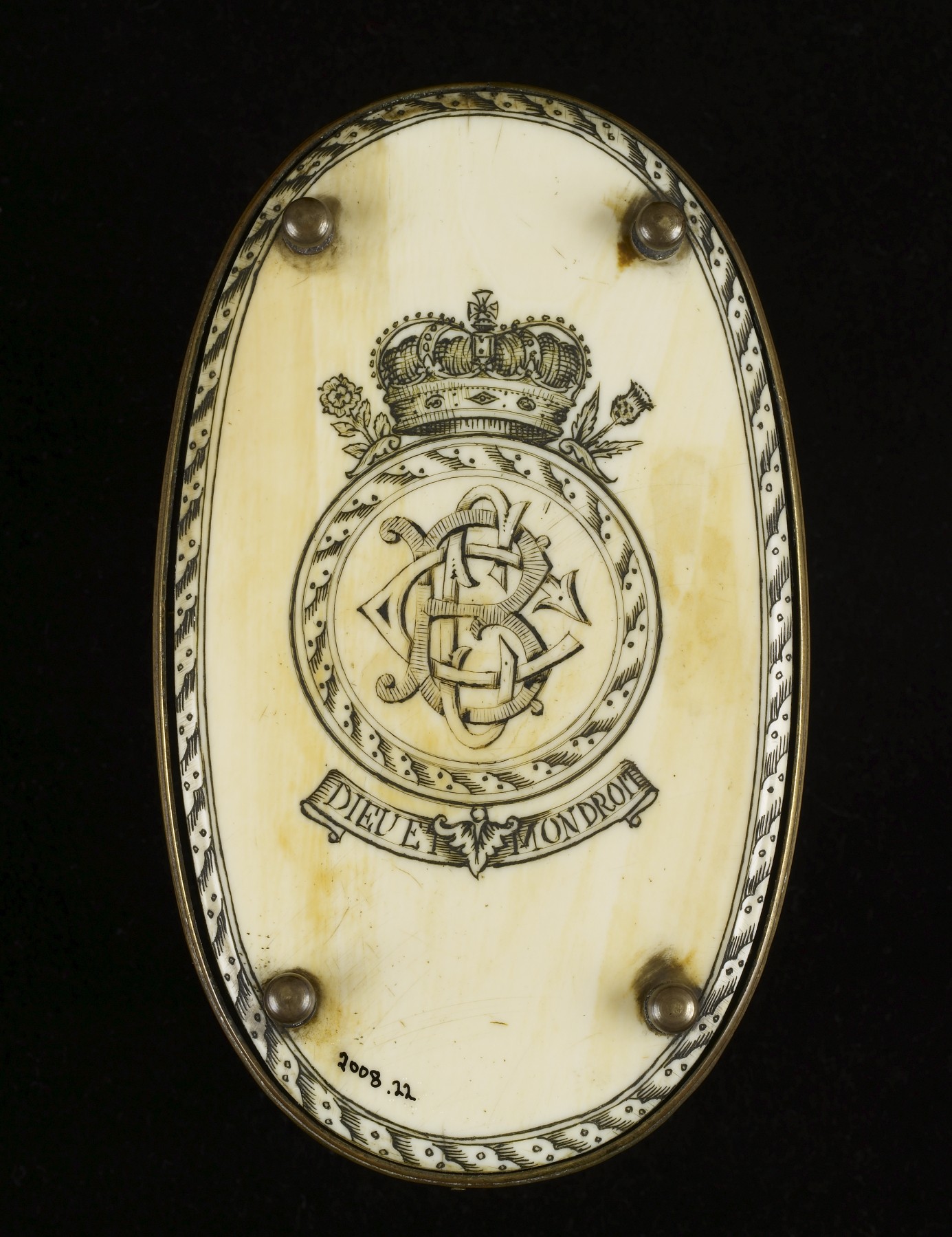 In 1702, Thomas Tuttell listed himself as a "mathematical instrument maker at Kings Arms, Charing Cross, London". This sundial is engraved with a black color added showing on the obverse a battle scene with the motto of the Order of the Garter: "Honi soit qui mal y pense." On the reverse there is a crest flanked by the rose of England and the thistle of Scotland and the engraved motto of the British Monarchy: "Dieu et mon Droit." Neither the ivory or brass elements show any sign of wear raising the possibility that this piece is a clever 19th-century conceit with royal pretensions.