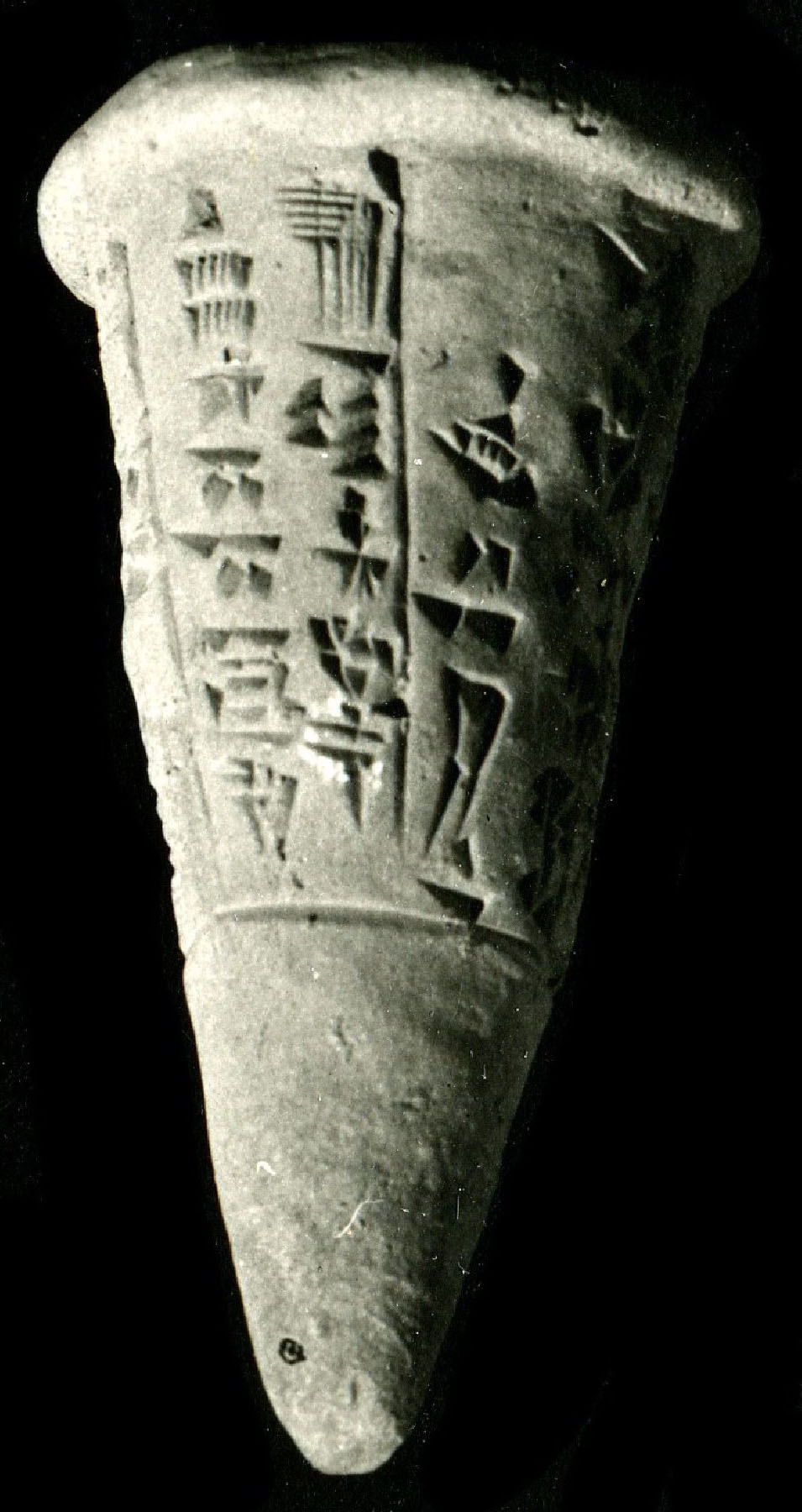 The deeply impressed cuneiform characters on this well-preserved votive nail record in Sumerian the restoration of the Eninnu temple in Girsu (modern Tell Telloh) for Ningirsu, the chief deity of Girsu, by Gudea, the ensi of Lagash. Girsu was an important religious and civic center in the 3rd millennium BCE. Hundreds of examples of this text are known, mostly written on nails but also appearing on bricks.

Clay cones and nails were inscribed in the name of a ruler of a Mesopotamian city-state to commemorate an act of building or rebuilding, often of a temple for a specific deity. Deposited in the walls or under the foundations of these structures, the words of the texts were directed at the gods but would also be found by later restorers.

[Translation from composite text of Cuneiform Digital Library RIME 3/1.01.07.037] For Ningirsu, / the mighty warrior of Enlil, / Gudea, / ruler / of Lagash, / made a fitting thing resplendent for him, (namely) / his temple Eninnu-with-the-White-Thunderbird / he built for him / and restored it for him.
[https://cdli.ucla.edu/P272892]