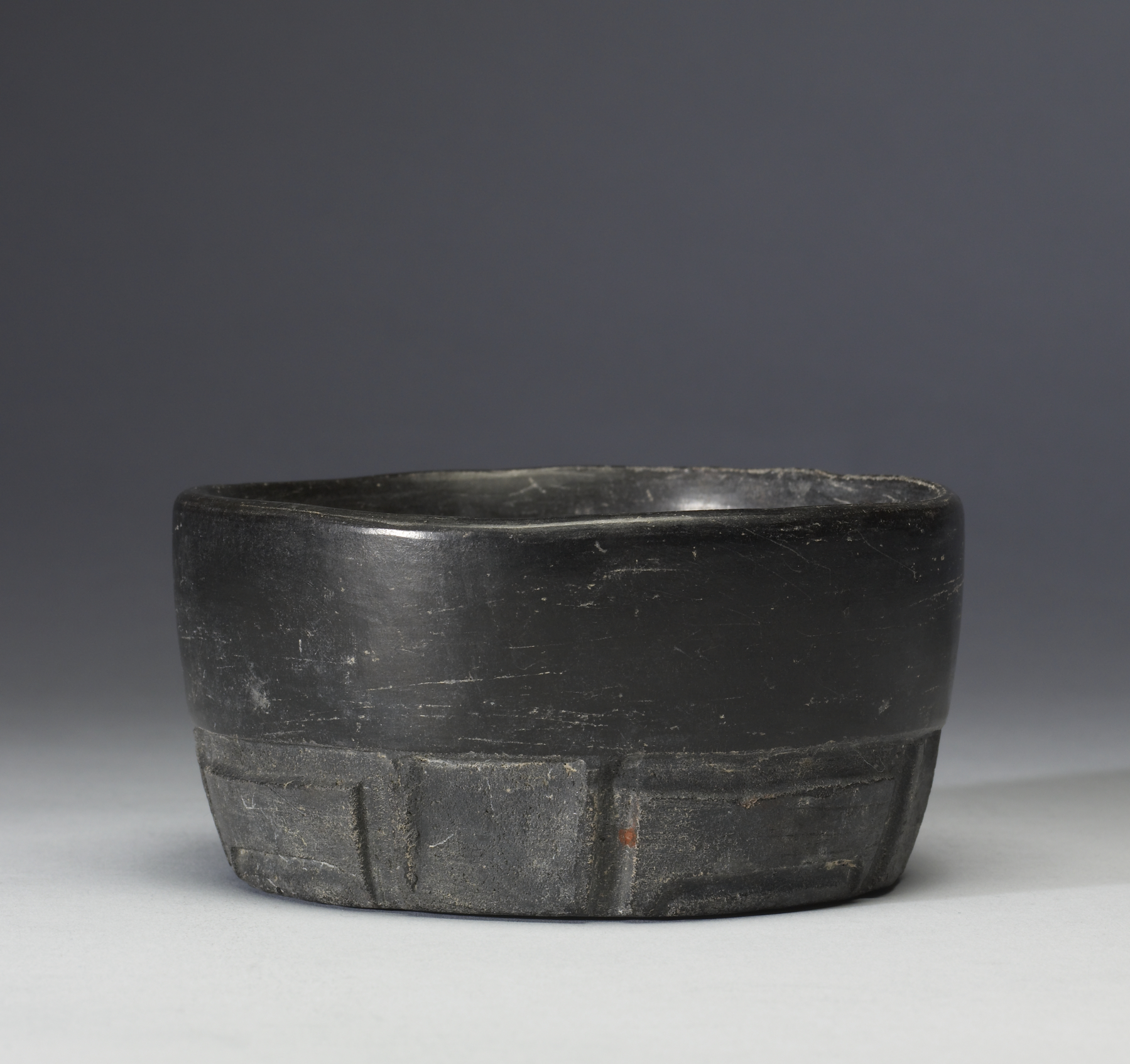 This blackware bowl was created in southern Mexico ca. 1200-900 BCE, and shows the early development of sophisticated craft traditions, sophisticated religious symbolism, and widespread trade networks over three thousand years ago. While it appears as a completely abstract pattern, these lines probably actually reference the eyes and gumline of a mythical crocodilian-composite creature known as the “Olmec dragon,” which was widely represented on objects from the Olmec culture (see 48.2797 for more information on the Olmec dragon.) The presence on the bowl of the bright red mercury sulphide known as cinnabar, whose closest known sources are hundreds of miles away, shows that even so early on, efficient trade networks connected distant territories. The presence of dots of cinnabar in the interior of the bowl suggests that it was used for ritual purposes, perhaps for placement in a tomb, rather than for everyday use.
The Olmec people, often referred to as the “mother culture” for the culture region of Mesoamerica, flourished from ca. 1600 – 300 BCE. The culture seems to have been the originator of many cultural features of later Mesoamerican civilizations such as the Maya and the Aztec. These characteristics included the primacy of corn in the diet, the playing of a ballgame using rubber balls, a glyphic writing system, and a reverence for jade and greenstones. The Olmec civilization seems to have developed in the Gulf Coast region of Mexico, in the modern-day states of Tabasco and Veracruz, with the ceremonial center of San Lorenzo flourishing by ca. 1200 BCE.