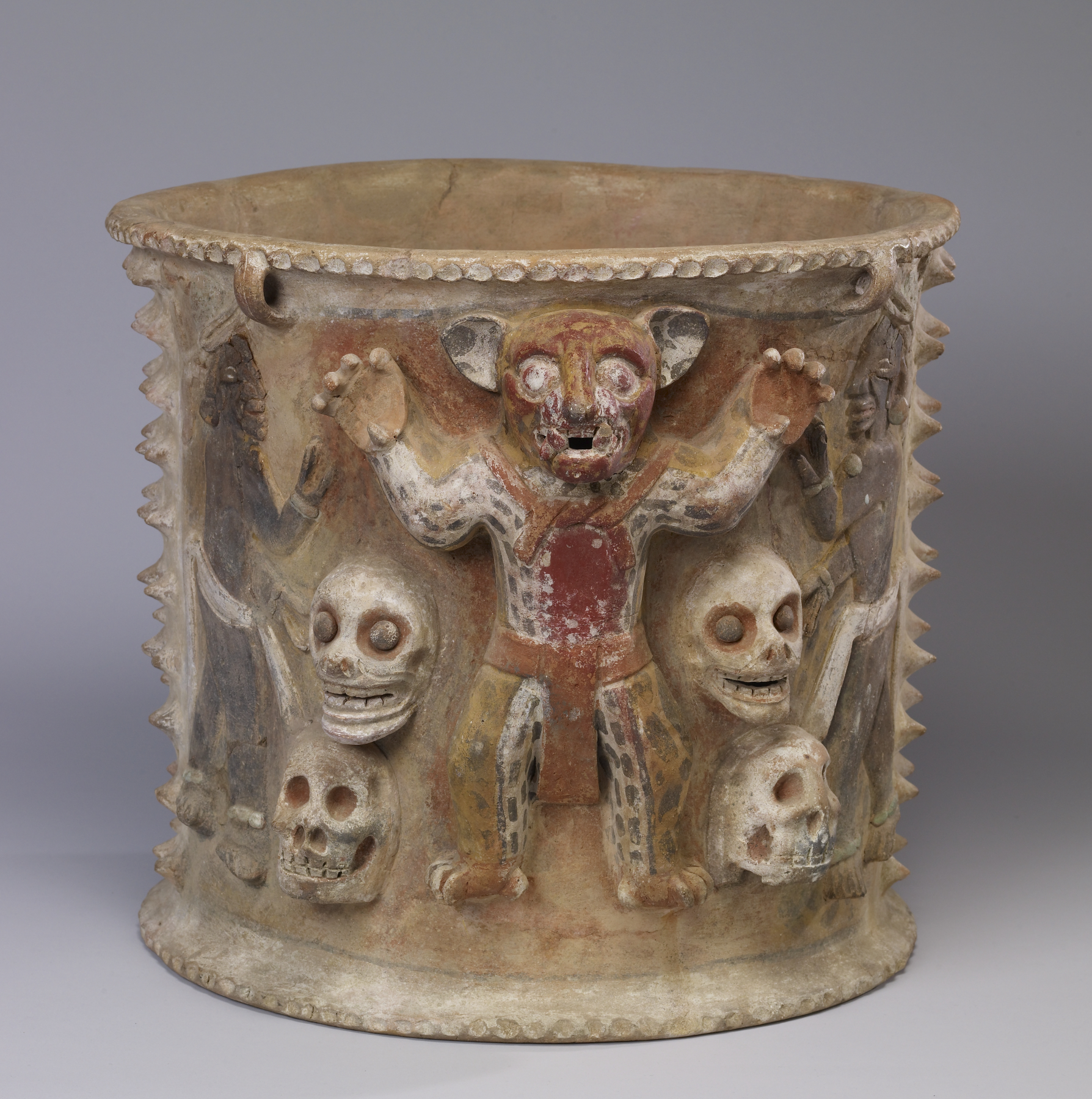 The greatest mystery of life is what happens to us when we leave this world. For the ancient Maya, death was not an ending, but the beginning of a lengthy transformation into an ancestral spirit who mediated between the world of the living, and that of the most important gods. For this reason, ancestors’ bones were venerated, carefully preserved in burial urns like this one. It originally had an elaborate lid (now missing), that was tied to the base using the loops still visible at the top. On the sides of the base are spikes imitating the thorns on the trunks of Ceiba tree, considered a sacred conduit between realms by the Maya. Wearing a jaguar costume splashed with blood, the deceased ruler dominates the center scene, raising powerful clawed hands. A fitting comparison, since jaguars were sacred beings and mediators between this world, the underworld, and the gods. This individual is received into the realm of the dead by a dark-colored Lord of the Underworld, shown at the ruler’s right and left. Two pairs of skulls separate the dead lord and the god – the top ones still have eyes and partial noses, while the bottom two are fully skeletal. The urn thus serves as a graphic reminder of how the dissolution of the body could be a positive change, transforming a beloved ancestor into an honored spirit who would continue to guide the living for eternity.