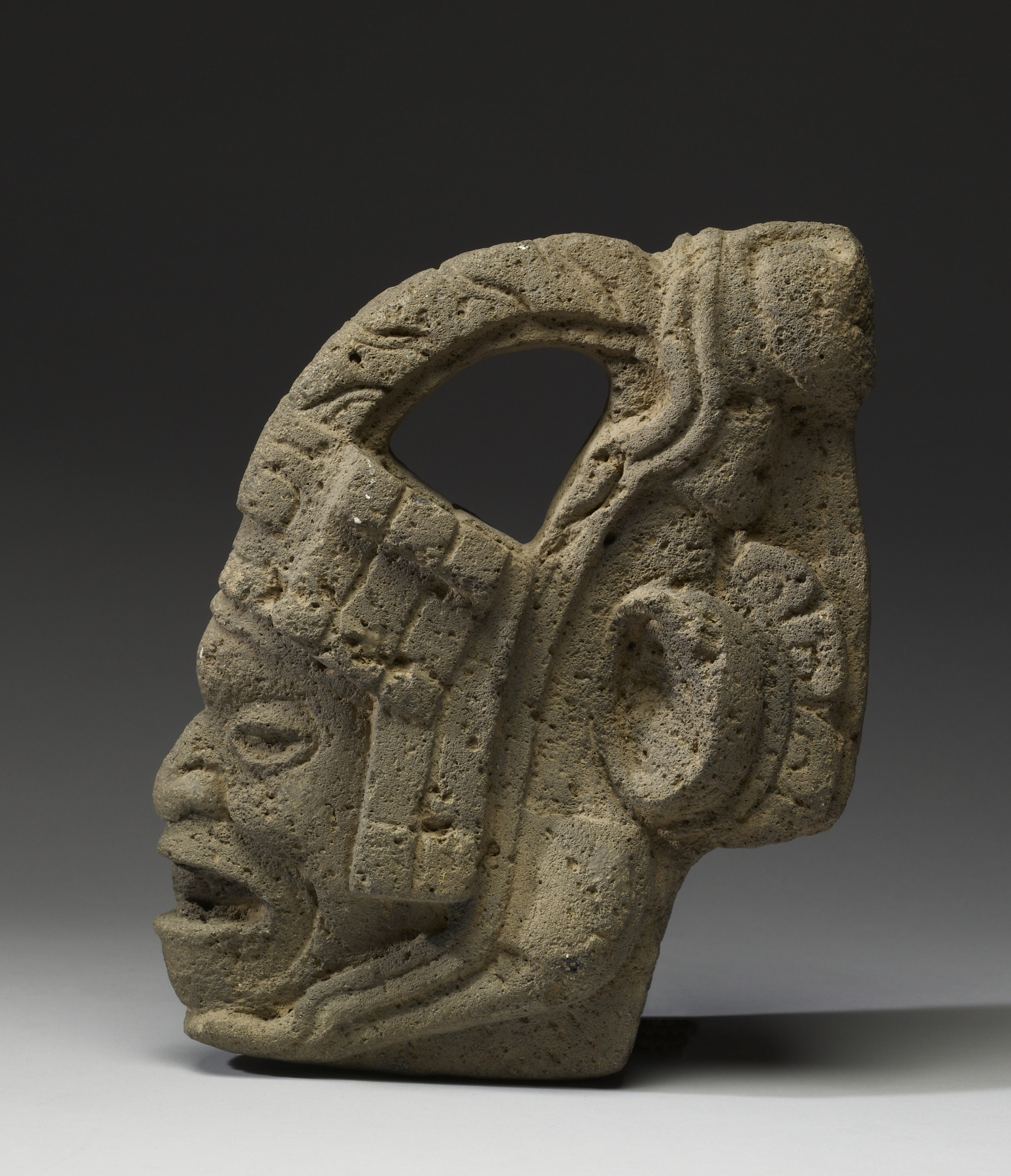 This object, known as an hacha (the Spanish word for axe), was part of a player’s paraphernalia for the ritual ballgame played in Mexico and Central America. This game was played with a solid rubber ball that was often very heavy, and could cause great damage to players without the proper equipment. Men (and sometimes women) are shown wearing protective gear in ceramic figurines dating from as early as about 1000 BCE. They are often shown wearing thick belts, known as yokes, to which hachas could be attached at the front or sides, perhaps to be used as a point to hit the ball. The hachas used in actual ballgames would likely have been made of wood; the many stone examples known may have been replicas made in more elite materials, and perhaps served as markers on the ballcourt as well, when set into a niche in a wall.
This hacha shows the face of a man with open mouth, perhaps caught at a moment of exertion during a ballgame. He wears an elaborate helmet that may represent the upper jaw of a crocodile or mythical predator, thrown back above his forehead. The round circles on it may represent the bulging eyes of an amphibian, or perhaps the furry ears of a jaguar. By using the imagery of various powerful predators, a ballplayer presented himself as a formidable foe on the ballcourt.