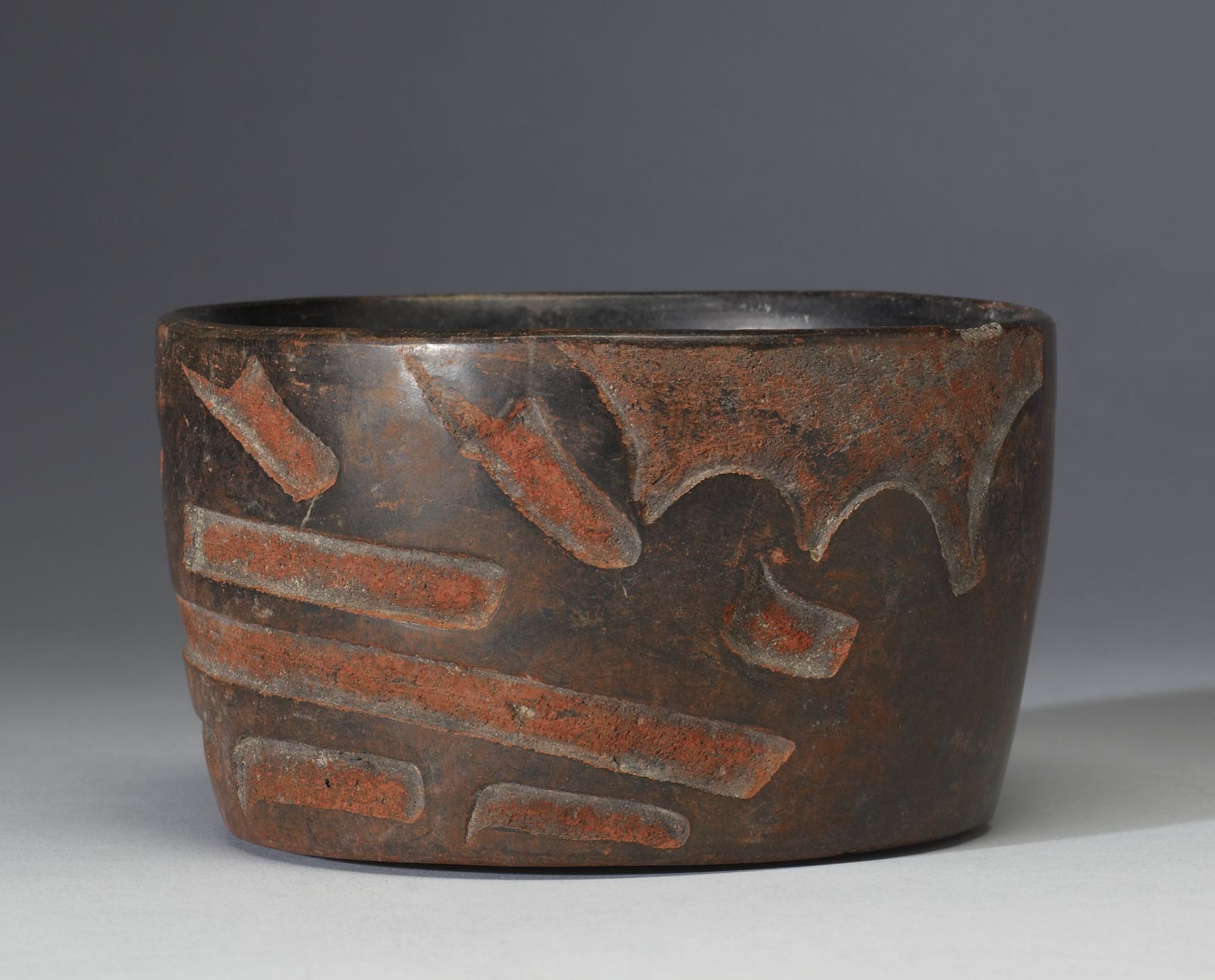 The apparently simple, non-figurative design actually shows an abstracted image of a mythical creature known as the “Olmec dragon.” It combined features of different powerful predators of the region, including the harpy eagle, crocodile, and jaguar. The horizontal and vertical lines here show the fast-moving body and tufted eyebrows of this creature. The red pigment here is the mercury compound cinnabar, brought from sources hundreds of miles away.