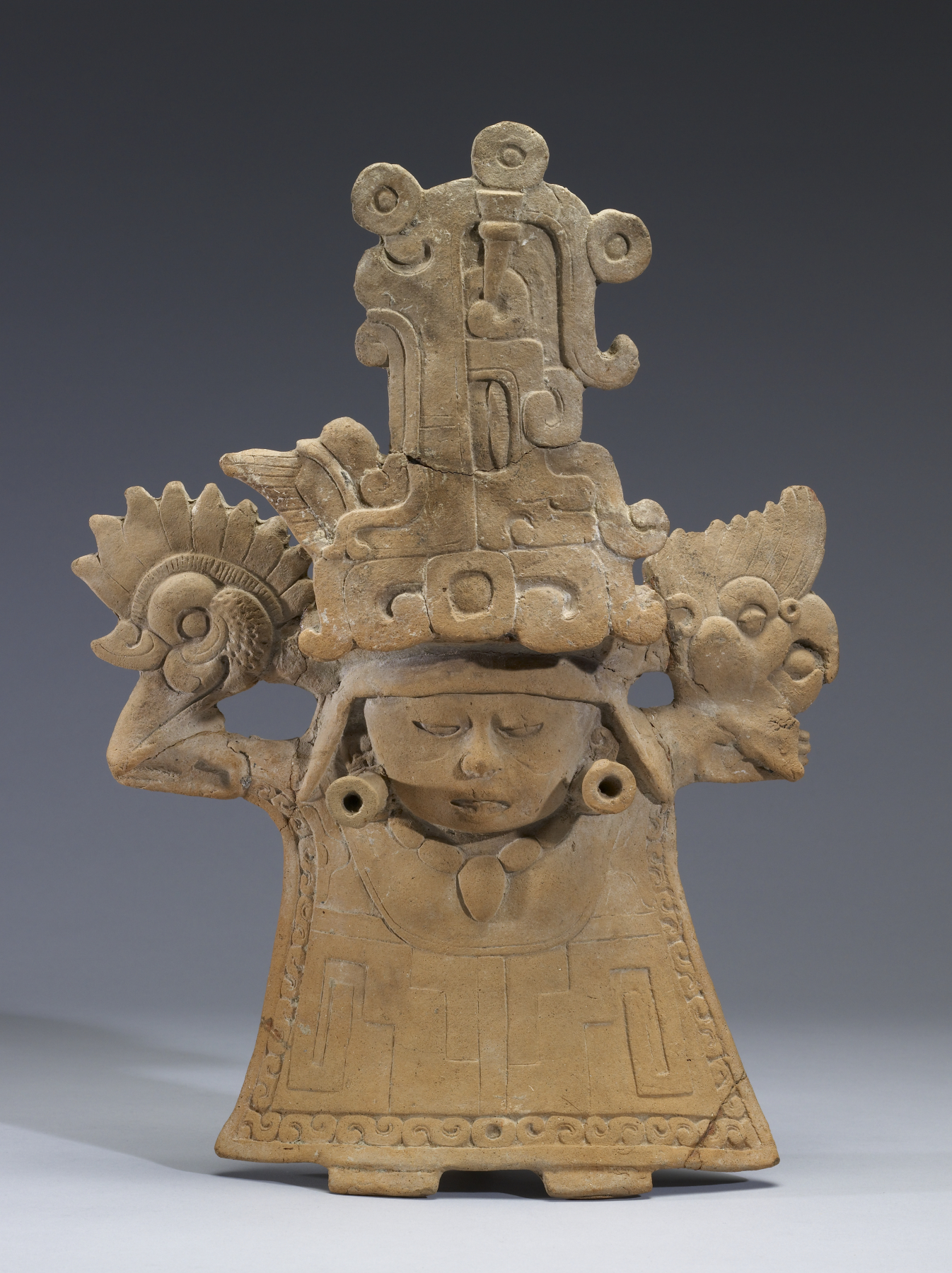 This object is a musical instrument—a whistle—in the form of a goddess. The goddess’s impressive headdress is made of three parts. Rising vertically is a crocodile emerging above the center of the woman's head, blowing bubbles from its snout. To the left a vulture juts out, and to the right is a parrot or other tropical bird. The birds in her headdress suggest she may be a precursor to the later Aztec goddess Xochiquetzal (whose name means Flower-bird or Precious Flower). Xochiquetzal is associated with love, fertility, and sexual pleasure and is also the patron deity of feather-workers, weavers, and embroiderers. It's easy to imagine someone playing this whistle to the beat of drums and the pounding of Xochiquetzal’s devotees’ dancing feet.