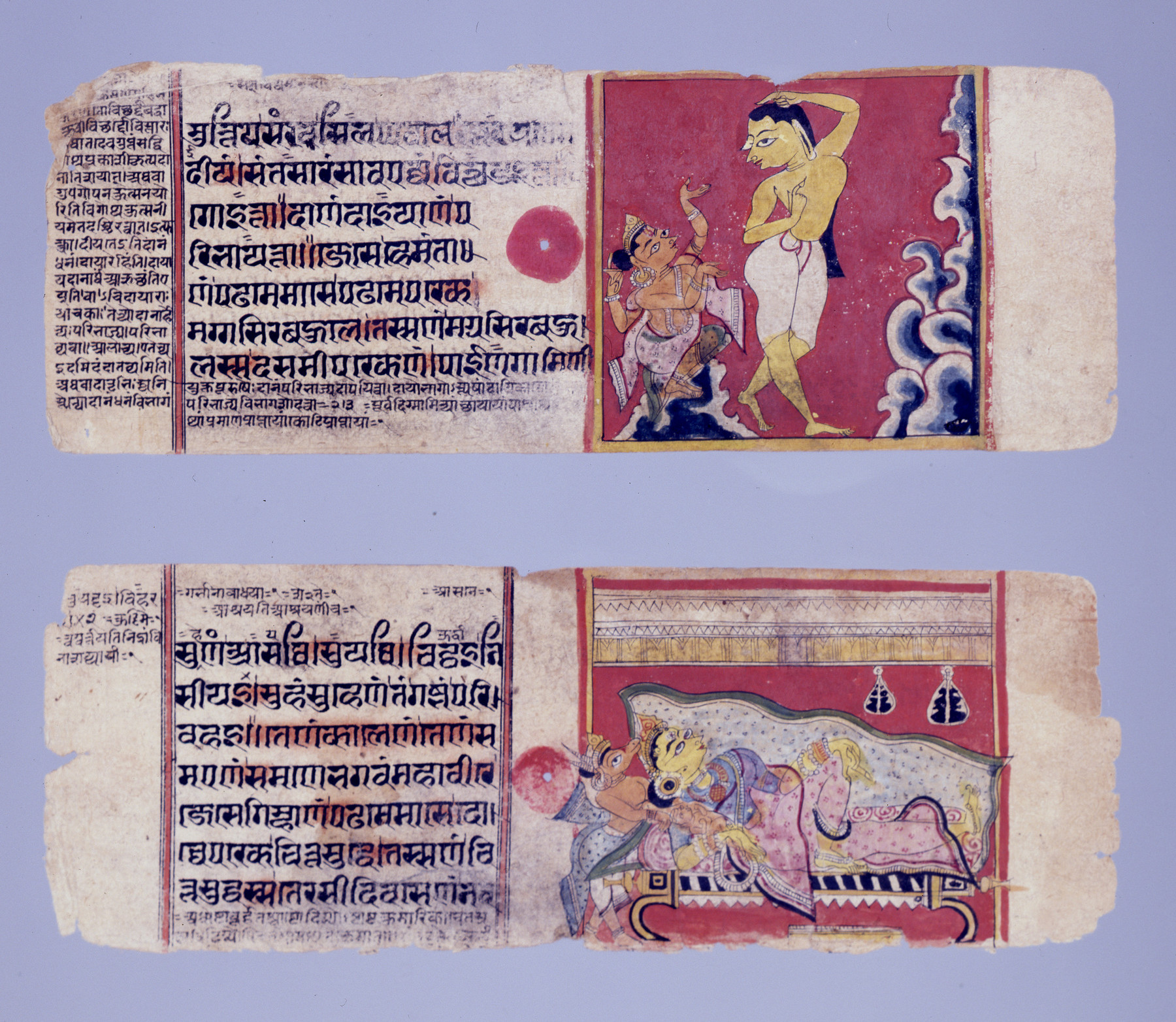 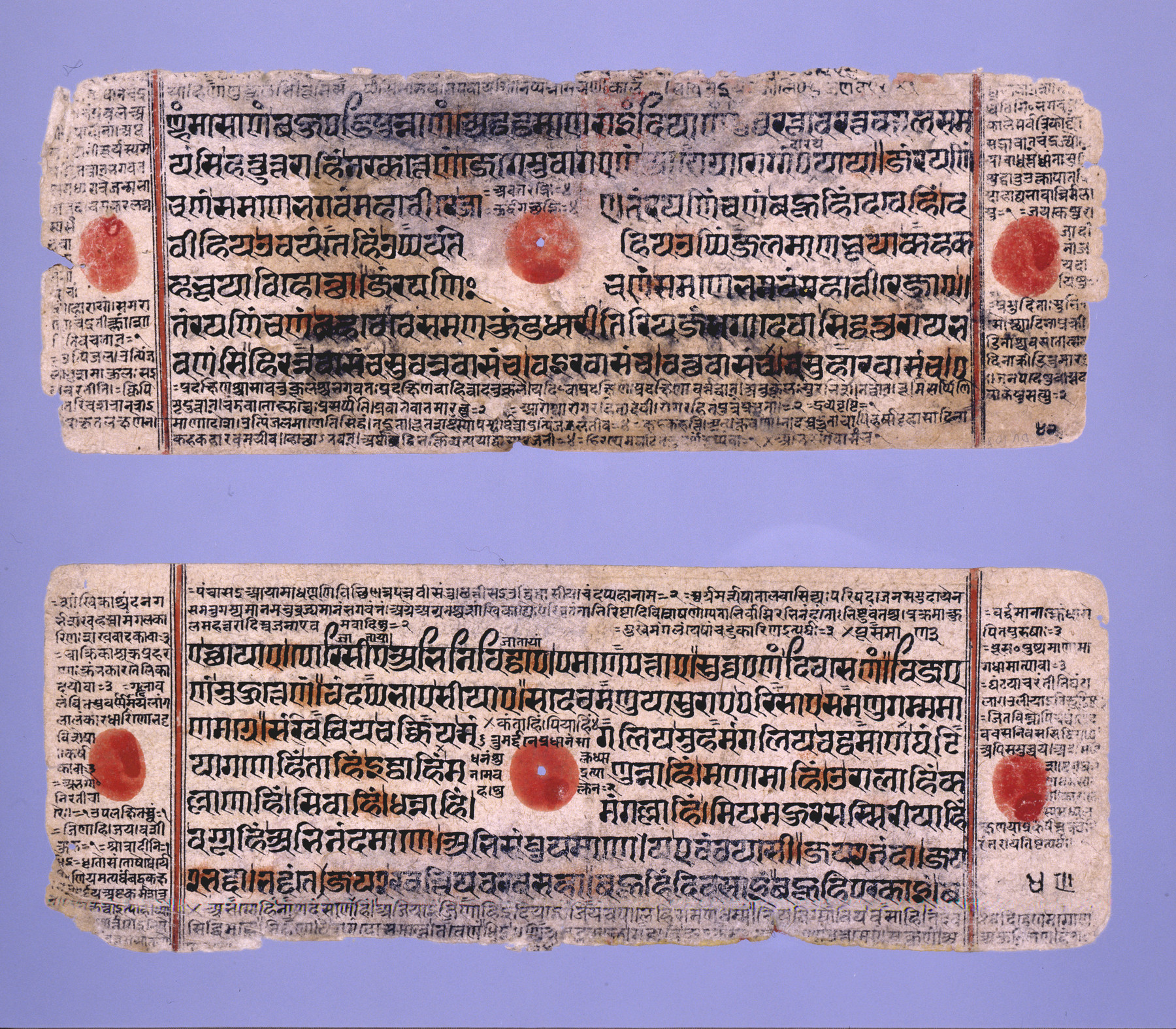 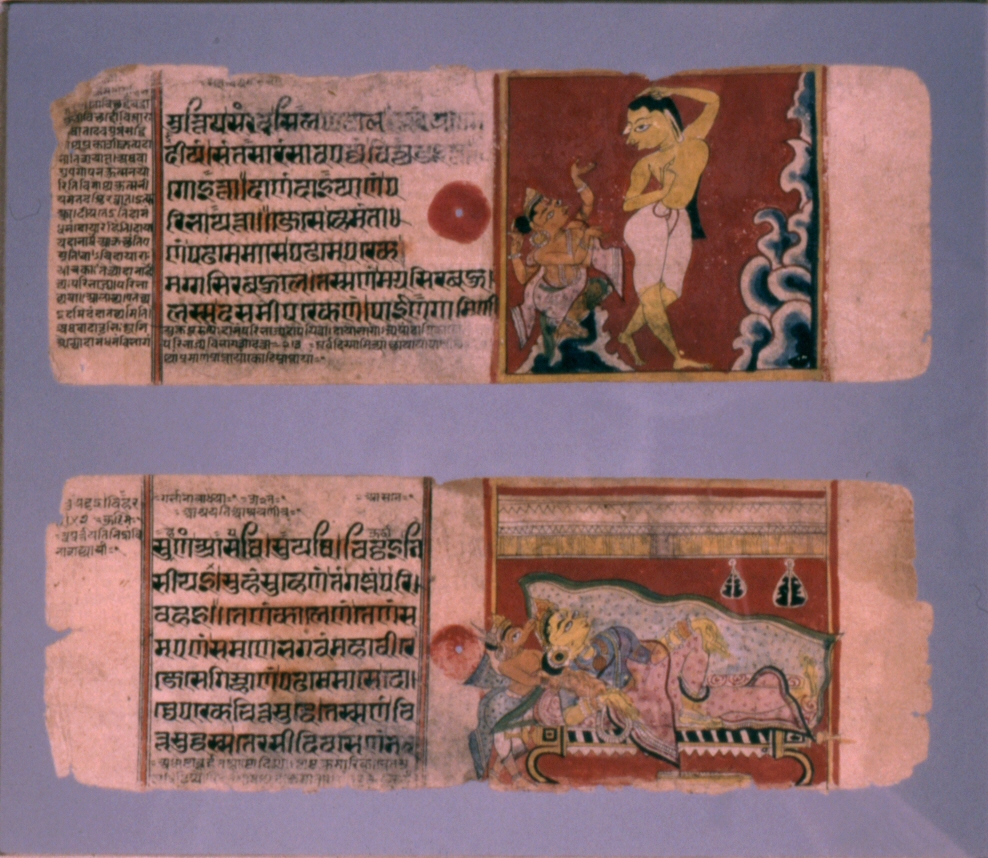 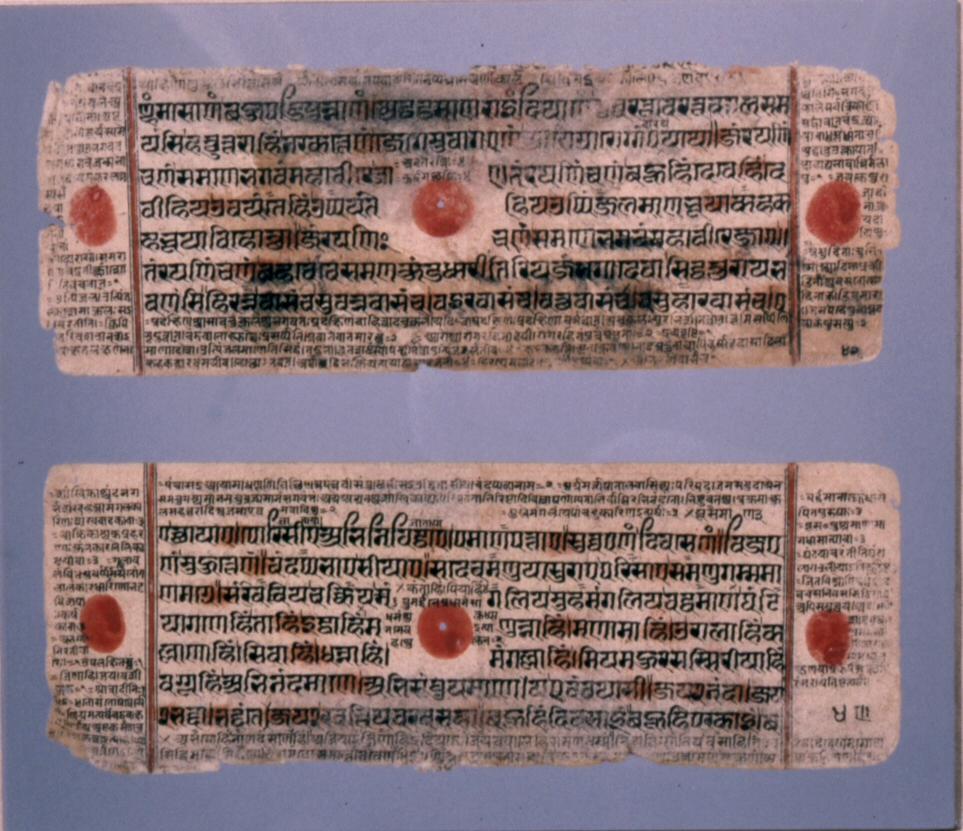 These two folios from a manuscript of the "Kalpasutra," a text sacred to Shvetambara Jains, illustrate scenes from the life of Mahavira, the last of the twenty-four Jinas (omniscient, spiritually liberated teachers revered by Jains). In one, Queen Trishala, having just given birth to Mahavira, reclines on a bed and cradles her newborn son. The goat-headed deity Harinegameshin, protector of childbirth, stands behind her. Harinegameshin played an important role in the birth of Mahavira, transferring the embryo from the womb of a woman of the Hindu brahman caste (unsuitable for a future Jina) to that of Queen Trishala, a member of the royal kshatriya caste. The other folio illustrates Mahavira plucking out his hair as he renounces all forms of vanity and material comfort in order to follow the path of asceticism that will lead to his omniscience and liberation. Standing in a rocky landscape, which the artist has depicted in water-like forms, Mahavira hands his long strands of hair to the god Shakra (Indra), who sits nearby.