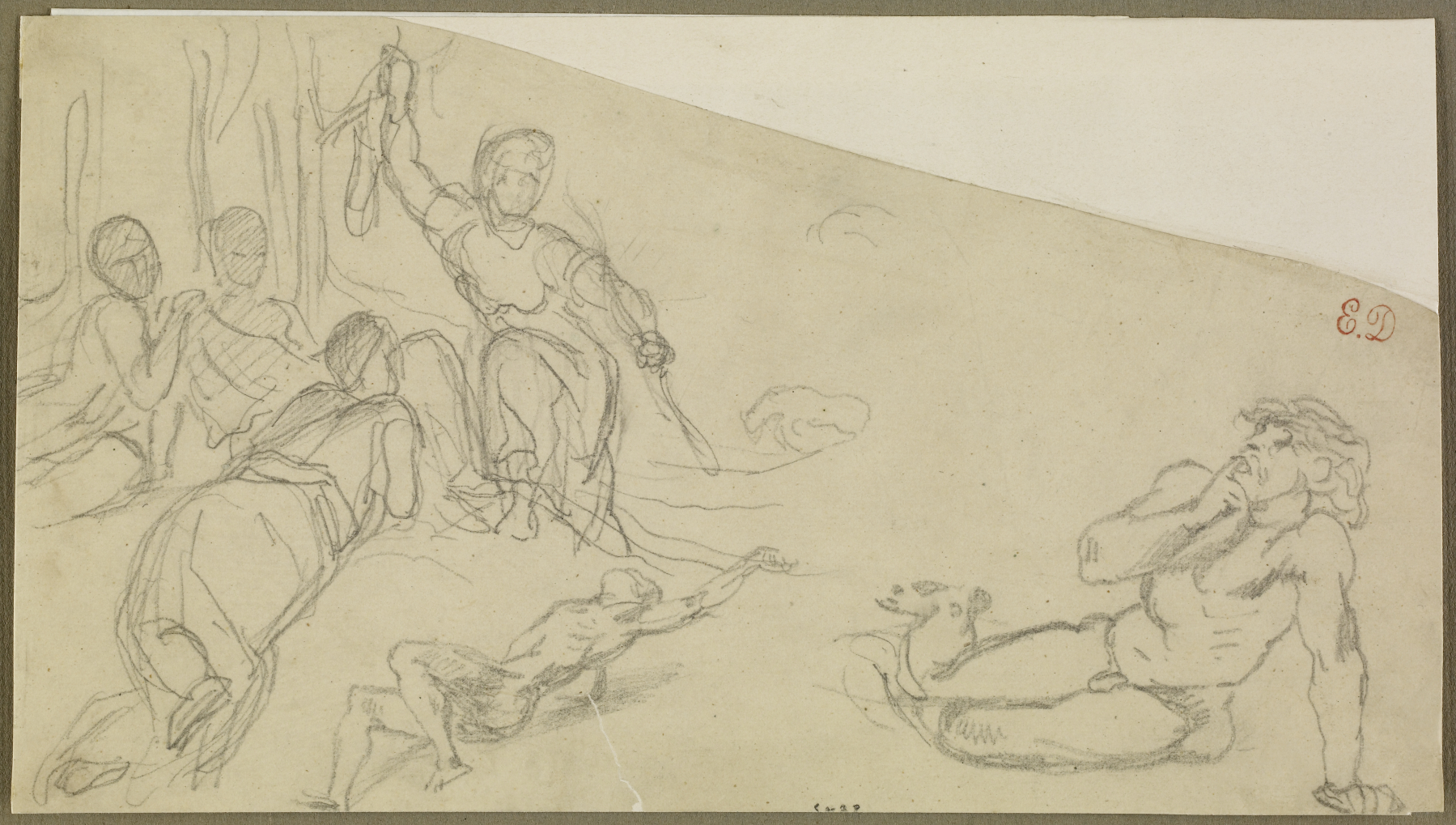 The Children of Niobe Killed by Diana

This drawing is thought to depict a Greek myth: Niobe, the queen of Thebes, had fourteen children-seven sons and seven daughters. She made the tragic error of mocking the goddess Leto, mother of only two offspring, Apollo (god of prophecy and music) and Diana or Artemis (chaste goddess of the wilderness). To avenge the insult to their mother, Diana slaughtered Niobe's daughters, while Apollo killed the sons.