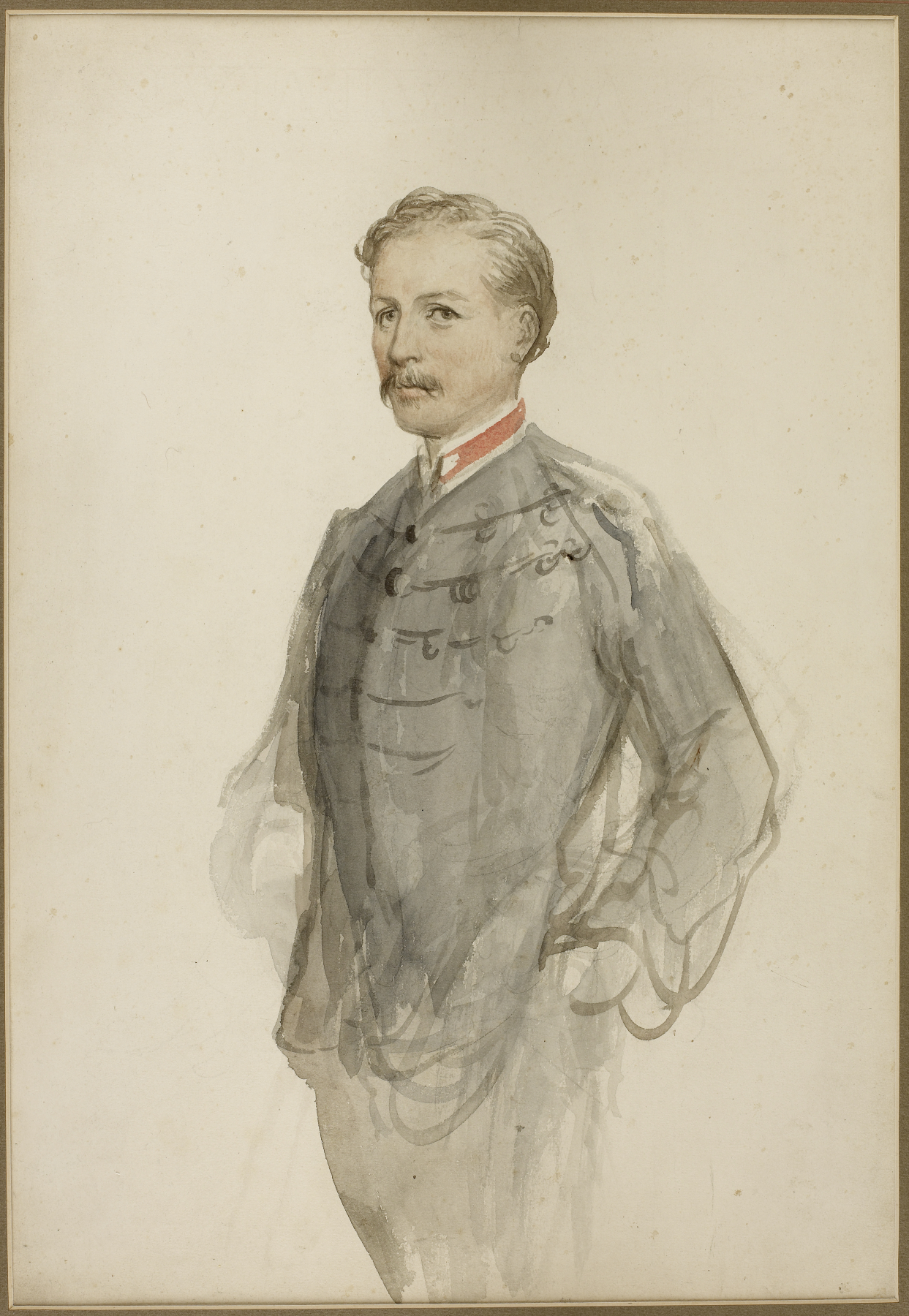 Portrait of the Artist's Brother

Gustave Doré (French, 1832-1883) (Artist)
watercolor on laid beige paper with watermark, adhered by the edges to the face of a French mat
(18th and 19th Centuries )

Doré worked as a painter, illustrator, and sculptor, but his international reputation rests mainly on his illustrations for such popular publications as Dante's "Divine Comedy" (1861-68), Milton's "Paradise Lost" (1863), and Edgar Allen Poe's "The Raven" (1883).

Here, he depicts his brother Émile, who was a colonel in the French artillery. A visit to London in 1868 may have resulted in Doré's decision to use delicate washes in the manner of the British watercolorists rather than opaque colors.