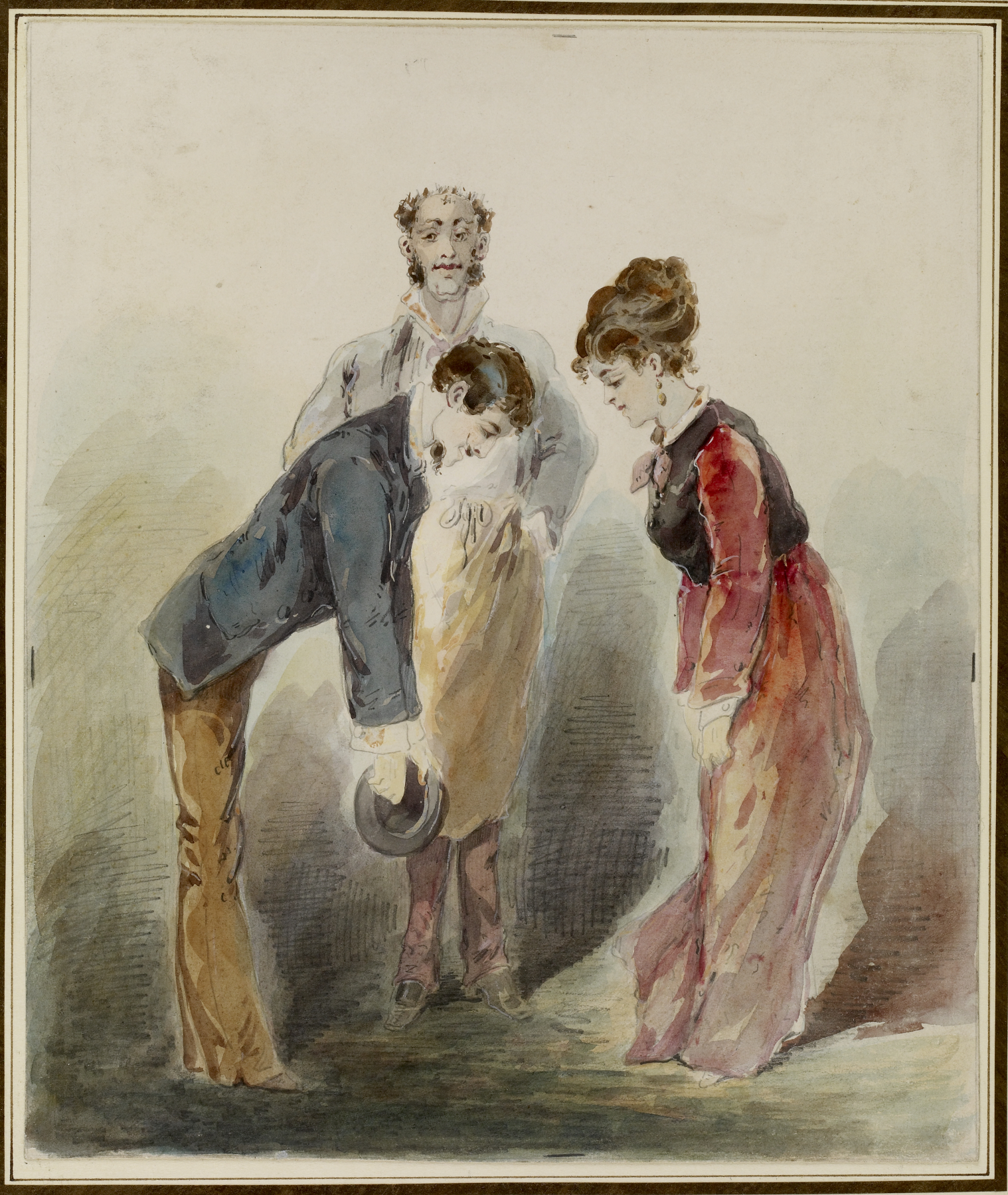 Man Bowing to a Woman

On the Boulevard Montmartre in Paris in 1882, Alfred Grévin established the Musée Grévin, a wax works and toy museum, which remains popular among French children today. As this whimsical rendering of 19th-century courtship reveals, he was also a gifted caricaturist who is remembered for light-hearted illustrations of Parisian society.