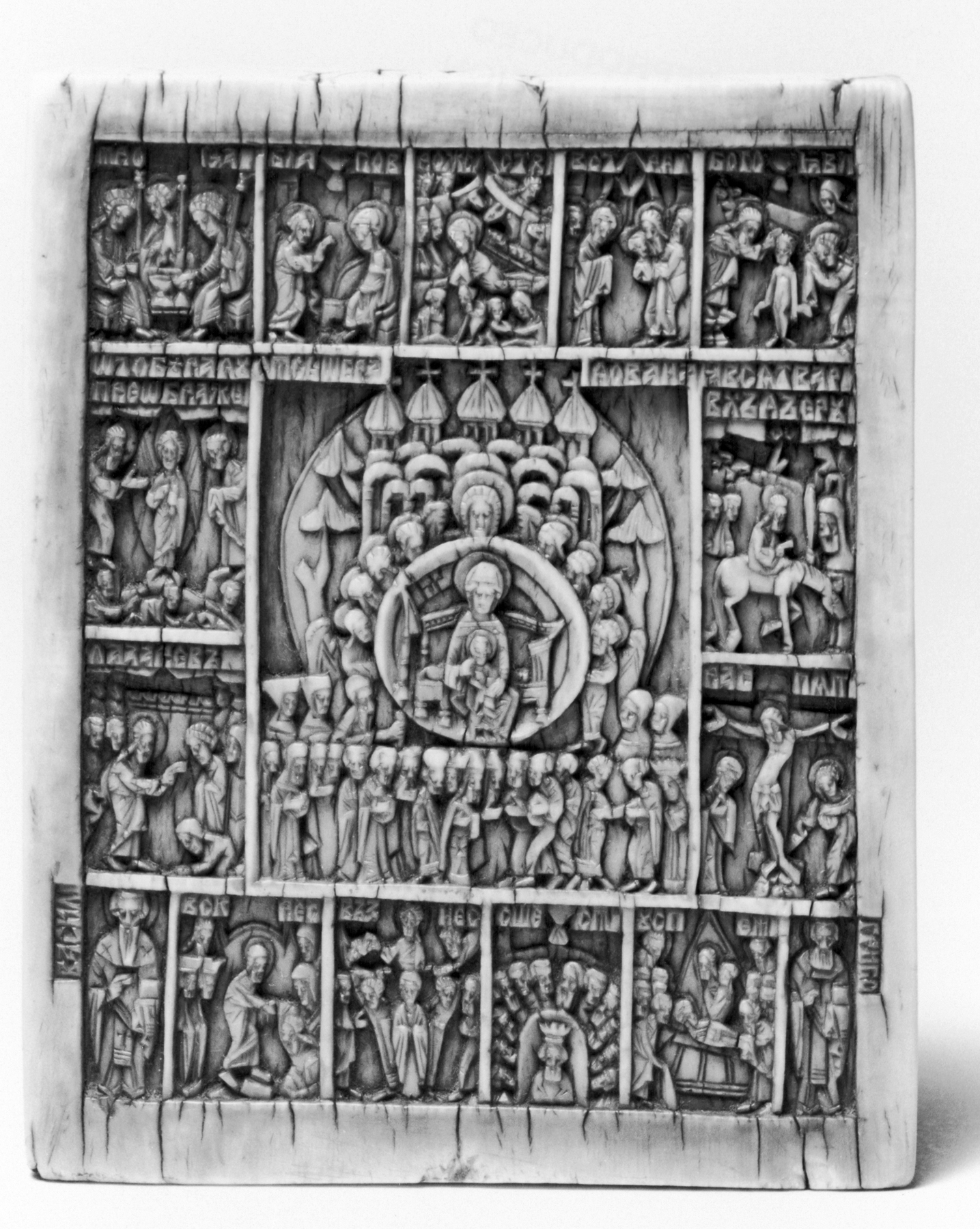 The central scene of this ivory represents the composition "In Thee Rejoiceth", based on a liturgical hymn that exhorts all of creation to sing praises to the Virgin. Mary is shown enthroned in Paradise, holding her son Jesus and surrounded by angels. Below, the faithful are offering her their praise. The image is framed by scenes corresponding to the twelve major feasts of the Orthodox Church: the Holy Trinity (represented as the three angels that appeared to Abraham at Mamre), Annunciation, Nativity, Presentation of Christ in the Temple, Baptism, Transfiguration, Entry into Jerusalem, Raising of Lazarus, Crucifixion, Resurrection, Ascension, Pentecost, and Dormition (Death) of the Virgin. Saints Basil and Gregory are depicted in the lower left and right corners. On the back are Saints Nicholas, Athanasius, and Sergius of Radonezh (?); Saint George killing the dragon; Prophet Isaiah, Saint Ambrose, Saints Stephen and Nicetas; Saints Catherine, Barbara, and Parascheve. Small panels of the present kind were used as personal prayer images, and this one carries in the lower frame the name of its original owner, Athanasius Isaacovich Olgov.