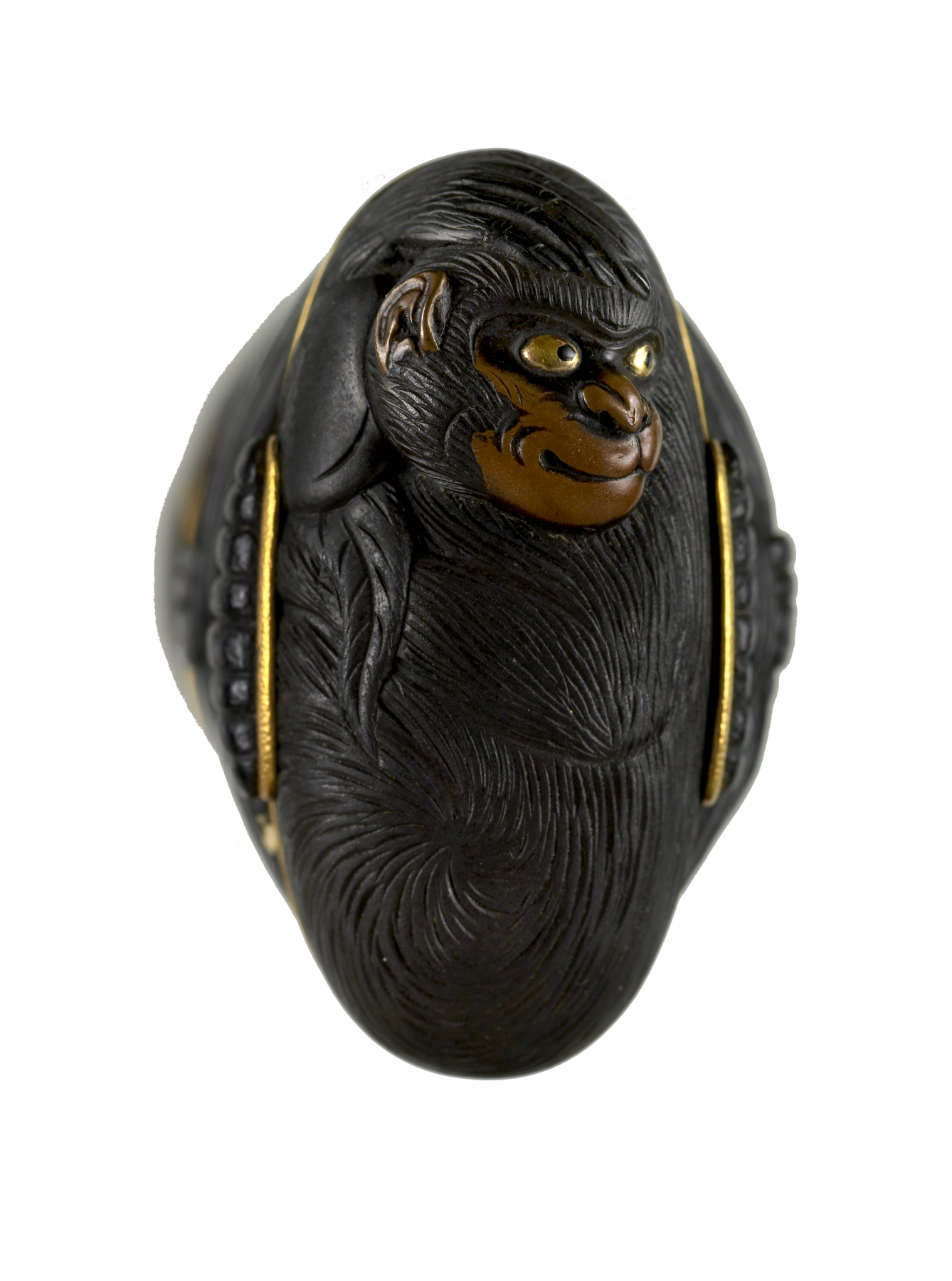 Three animals, all of which appear regularly in Japanese folk tales, are featured on this tsuka. The kashira is in the shape of a monkey. This is probably made by the same metalworker who made the accompanying fuchi because there is a folk tale about an encounter between a monkey and crab (which is shown on the fuchi). One menuki is in the shape of a badger. The other is of a rabbit pounding rice cakes. This is the figure said to be in the moon. The tsuka is part of a mounted set.